From the Urdu Press: Worry over retrenchments, welcome for PM Modi’s minority outreach

Urdu Times wondered whether Modi's remarks were the result of the "impact" of Bharat Jodo Yatra, adding that they had come "as a breath of fresh air" 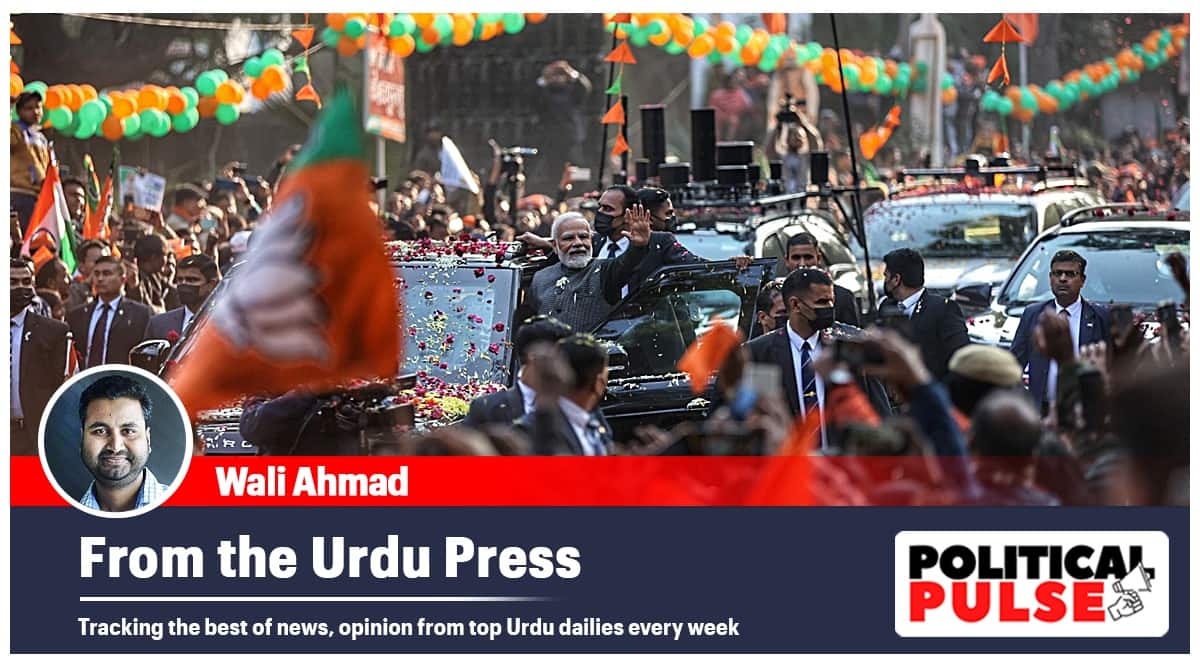 PM Narendra Modi is greeted by a huge crowd during his roadshow on the parliament Street on his way to the BJP national executive meeting in the capital. (Express Photo by Tashi Tobgyal)
Listen to this article
From the Urdu Press: Worry over retrenchments, welcome for PM Modi’s minority outreach
x
00:00
1x 1.5x 1.8x

The Urdu Press underlined the significance of Prime Minister Narendra Modi’s address to the BJP national executive last week where he asked party members to reach out to every section of society, including the marginalised and minority communities. According to a source quoted in The Indian Express, the Prime Minister asked ‘party workers to reach out to Pasmandas, Bohras, Muslim professionals and educated Muslims, without expecting votes in return’.

Some of the dailies raised concerns over inflammatory remarks made by political leaders in poll bound states. The Election Commission has announced the dates for elections in three states in the Northeast, while Karnataka and Rajasthan will go to polls later this year. The retrenchment announced by various multinational companies also resonates in the Urdu Press, with some arguing that this will deepen the gap between the haves and have-nots.

In its editorial dated January 19, the Urdu Times wrote, “Prime Minister Narendra Modi’s address at the national executive calling party leaders not to make unsavory remarks against Muslims is a news which will have impact. Perhaps, the Bharat Jodo Yatra has left a deep impact.” The daily stated that the way people are joining the yatra and empahsising on the need for uniting India has become a silent movement now, and analysts are observing this. “Whatever the Muslim community endured over the last few years is not a secret – the release of convicts in the Bilkis Bano case, arrest of innocent Muslims under false cases, razing of mosques and madarsas by bulldozers, mob lynching of Muslims, targeting Muslims in the name of love jihad,” the editorial stated. In this context, the Prime Minister’s remarks have come as a breath of fresh air. Now, the BJP leaders should understand the significance of the PM’s remarks.

The Delhi edition of Roznama Sahara, om January 22, also dwelled upon the Prime Minister’s call for reaching out to minorities. In its editorial title, ‘Deer aayaad, durast aayad (Better late than never)’, it stated that instead of critiquing the PM’s remarks, everyone should welcome the move. “Hate-filled society never helps any country. That’s why people with progressive ideas try to keep away from hate. India has promoted the philosophy of vasudhaiva kutumbakam (the world is one family). It can be argued that why did the PM name only certain sections of the Muslim community, and why did he emphaise on this now and not earlier. One should welcome if the truth has been spoken, even if late.” it said.

The editorial also highlighted the PM’s remark where he is learnt to have asked partymen to refrain from making unnecessary remarks against films and personalities to grab headlines. “Of late a new trend of boycotting films has emerged. Without realising that the livelihoods of thousands of people are linked to films, people often call for boycotts… The PM has advised his partymen not to make unnecessary remarks against a film and personalities,” the editorial stated. However, quoting film director and producer Anurag Kashyap, the editorial stated that the situation (of boycotting films) is now out of control. “When you empower hate with your silence, the situation gets out of control. It’s a fact that the film personalities are upset with the boycott culture,” it said.

Must Read |At BJP National Executive, a new slogan: ‘Governance of saturation’

In its editorial on assembly elections scheduled to take place this year, the Bengaluru-based daily wrote that politics has heated up in the poll-bound states. It flagged ‘face of Hindutava Sadhvi Pragya’ for, what it termed, ‘vitiating the peaceful environment of Karnataka’. “If it continues and the extremists are not reigned in, the situation can take a dangerous turn.” The daily also wrote that the Election Commission’s proposal of remote voting in the coming Assembly elections has faced opposition right from the start.

In its editorial dated January 21, the daily rose concerns over layoffs in multinational companies. “Retrenchment of employees is becoming a global trend now. Thousands of workers have been handed out pink slips and the trend is contuneing, and India is not immune to this. During this global recession, the rich are getting richer and the poor are becoming poorer. This will further deepen the dive between the rich and the poor. And on top of it, the poor citizens form a bulk of taxpayers while the rich pay only a fraction of their taxes. The government should urgently look into this,” the editorial stated. The friction within society will further increase if retrenchment of workers continues, it added.

After oxygen therapy for 5 years, Indian doctors help Seychelles woman breathe on her own again 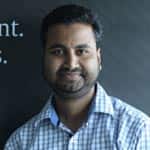