The BJP has planned to hold an event in Patna on the Constitution Day on November 26 for which participants from EBCs, Dalits, tribals and Pasmanda Muslims would be roped in to work as a group to “demand for their dues”. 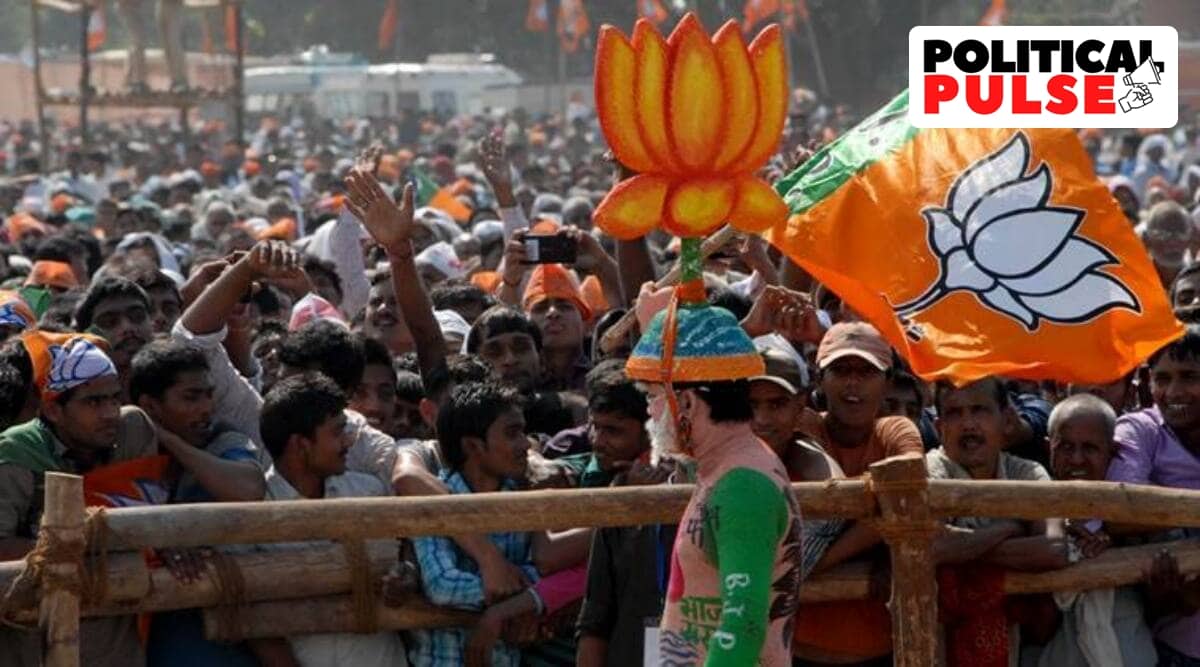 The BJP has already conducted sabhas for Pasmanda Muslims in Rampur, Lucknow and Bareilly in UP.

Fearing an erosion in its Other Backward Classes (OBCs) votes in politically- crucial Uttar Pradesh and Bihar, the BJP has now chalked out a strategy to build a new support base comprising Extremely Backward Classes (EBCs), Pasmanda (backward) Muslims, and non-Jatav Dalits in these states in the run-up to the 2024 Lok Sabha elections.

With the BJP already making efforts to woo the backward Muslims in UP and Bihar in order to cobble up the new social coalition that could compensate for the potential loss of votes among its existing base, the party leaders say even winning 10 per cent votes of the new coalition would make it “comfortable” in these crucial states in the coming general election. Party leaders say backward Muslims account for about 70 per cent of the total Muslim population in UP.

Read |Modi and Shah: Why BJP is increasingly reliant on the Big Two

The BJP has already conducted sabhas for Pasmanda Muslims in Rampur, Lucknow and Bareilly in UP. The BJP has planned to hold an event in Patna on the Constitution Day on November 26 for which participants from EBCs, Dalits, tribals and Pasmanda Muslims would be roped in to work as a group to “demand for their dues”.

In UP, the BJP has entrusted deputy chief minister Brajesh Pathak and minister of state for minority welfare, waqf and haj Danish Azad Ansari with its proposed new social engineering, giving Ansari the responsibility to reach out to Pasmanda Muslims. Senior BJP leader and member of the Bihar Legislative Council Sanjay Paswan is leading the party’s bid in Patna.

During his stint with the BSP in early 2000s, Pathak gained the experience of working on a social engineering move when Mayawati had tried it to expand her support base beyond Dalits.

Read |Over 8,500 unrecognised madrasas in UP, most in Moradabad: Govt survey

Ahead of the UP Assembly polls early this year, a number of non-Yadav OBCs leaders had switched from the BJP to the Samajwadi Party, which was believed to have dented the saffron party’s OBC base. While making attempts to bring some of these leaders back into its fold, the BJP hopes a parallel effort to stitch up another social coalition could compensate for a perceived OBC erosion, party sources said.

Along with ensuring an electoral edge, the social coalition mission, say UP party leaders, would “help CM Yogi Adityanath to shed his image as a minority-basher”.

Sources said the UP CM’s recent meeting with an Iranian delegation in which Ansari was also present, was also part of this “image makeover.” The nine-member Iranian delegation – which was in India as a part of a programme organised by India Foundation and Institute of Political and International Studies, Iran – had an elaborate meeting with Adityanath, who invited Iranians to UP’s global investment meet, slated for February 2023, while seeking stronger economic collaboration with Iran.

The BJP’s new social coalition push comes months after Prime Minister Narendra Modi, while addressing its national executive conclave in Hyderabad, urged the party to reach out to “the deprived and downtrodden” sections in communities other than Hindus.

“Under the guidance of Prime Minister Narendra Modi, we have been trying to reach out to every section with our welfare programmes for the poor. As a part of this we are trying to organise those exploited in the Muslim communities – which includes Pasmanda Muslims, bangle sellers, carpet makers, vegetable vendors etc – so that they can avail the benefits of the government schemes like better education, house and drinking water,” Pathak told The Indian Express.

In these meetings, the BJP leaders talk about how the electoral and social space for the minority community has always been dominated and the benefits enjoyed by its “top layer” leaving the larger community marginalised. “We tell them, it’s Modiji’s idea to uplift them and bring them to the mainstream. It is the BJP that is concerned about addressing them while their rich and the elites have so far enjoyed all the benefits meant for the minorities under the previous regimes,” said Satyendra Tripathi, a UP BJP activist.

Paswan said, “Pasmanda Muslims, EBCs and Adivasis are eager to join the BJP bandwagon because Prime Minister Modi has spoken about them.”

Pointing out that the organisation “Kabir ke log” has been trying to bring all these sections together in Bihar, Paswan added: “I as a BJP man want to keep these groups together with the BJP. We have to make inroads into these communities and all these are experiments. A large section of them were supporting Nitish Kumar but they felt cheated when he joined hands with the RJD. Some efforts from the BJP can bring a chunk of them with us.”

BJP sources claimed that with the efforts it has initiated the party can mobilise 40 per cent of these communities in Bihar, which make up more than 50,000 of the population in every state Assembly constituency. “Some of them are already with the BJP. If we manage to win 10 per cent more votes from these sections, it can be a game-changer for the BJP in Bihar. It is not impossible with a consistent effort,” said a BJP leader.

With the Nitish Kumar-led JD (U) having walked out of the NDA, the BJP’s biggest fear is its impact on the EBC vote, which Nitish had garnered for the party in the 2019 Lok Sabha elections and the 2020 state Assembly polls. With Nitish joining hands with the RJD, their Mahagathbandhan is likely to have dominance over the Muslim-Yadav-Kurmi support base besides cornering a significant chunk of EBC votes in coming polls. In the 2019 general election, the NDA had won 39 of the total 40 seats – including the JD(U)’s 16 seats, the BJP’s 17 and the LJP’s six.