Up in the air: Sun TV and Sakshi TV to Kairali, channels linked to politicians

The BJP is set to launch a news channel in Tamil Nadu. Across India, several other channels are either owned by politicians and parties or are associated with them. Here is a look at some of them. 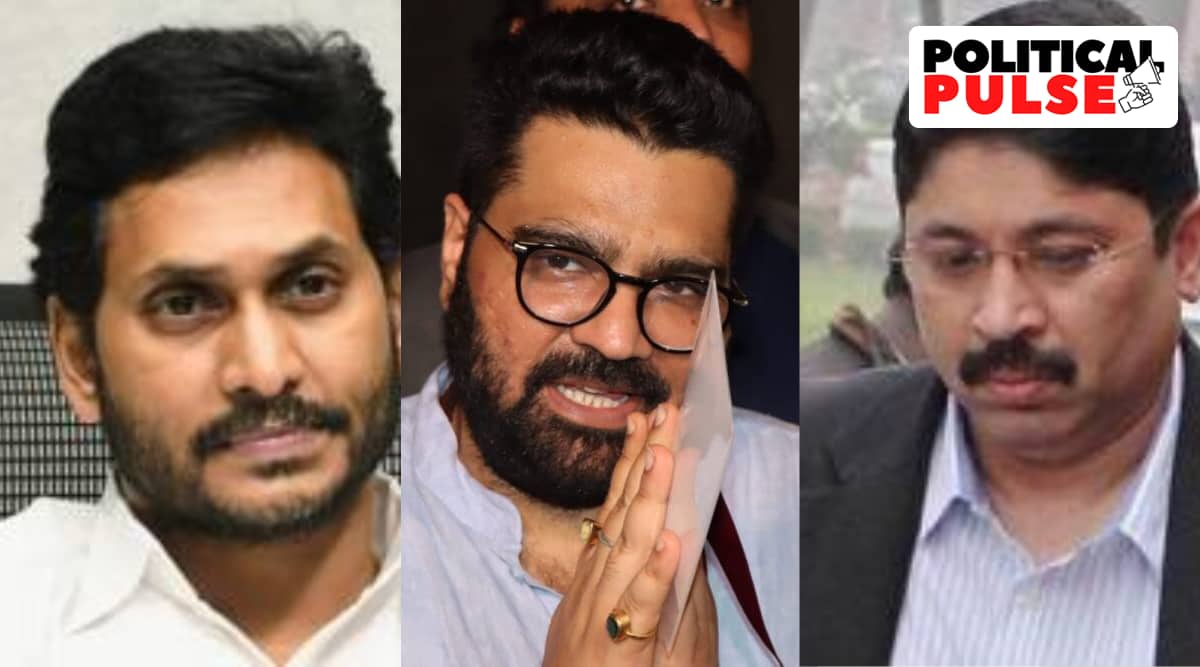 The BJP is the latest to announce the launch of a news channel in Tamil Nadu, where major parties such as the DMK and the AIADMK are already associated with channels.

The most popular is Sun TV, which is owned by DMK MP Dayanidhi Maran’s elder brother Kalanidhi, while the DMK directly runs Kalaignar Seithigal. The AIADMK, led by Edappadi K Palaniswami, directly controls News J while the family of former Chief Minister Jayalalithaa’s aide Sasikala runs Jaya TV whose news division is Jaya Plus. News J was established when the AIADMK leadership was unable to seize control of Jaya TV after Sasikala and her family were expelled from the party in 2017. Mega 24 is viewed as the Congress’s channel as it was launched by veteran party leader and former Union Minister K V Thangkabalu.

But, Tamil Nadu is not the only state where political parties or leaders either own news channels or are associated with them.

The CBI filed chargesheets in March 2012 that said the investments made by various companies in Sakshi Group, including in Jagati Publications Ltd under which the Telugu daily Sakshi was launched in March 2008, were bribes. The agency said the money was “in a quid pro quo arrangement by those who received benefits” from the government of former CM and Jagan Mohan’s father Y S Rajashekara Reddy.

A businessman and a media proprietor by profession, Kartikeya Sharma contested the Rajya Sabha elections from Haryana as an Independent candidate last June. With the backing of the ruling alliance of the BJP and the Jannayak Janta Party (JJP), he made it to the Upper House by defeating Congress heavyweight Ajay Maken.

Read |Kartikeya Sharma: The media baron and son of a veteran politician who toppled Congress

In 2021, his father floated the Haryana Jan Chetna Party. Kartikeya was its member before joining the BJP. He is married to Aishwarya Sharma, the daughter of former Haryana Vidhan Sabha Speaker Kuldeep Sharma of the Congress.

Suvarna News, Kasthuri News 24, and Dighvijay News are among the news channels in Karnataka that are either owned by or linked to politicians.

Suvarna, the second 24×7 news channel in the state, was launched in 2008. It is part of the Asianet News Network, which is a subsidiary of Jupiter Capital Private Limited. Union Minister Rajeev Chandrasekhar is a majority shareholder in Jupiter Capital.

Chandrasekhar had also invested in Republic TV but resigned as the board director of ARG Outlier Asianet News Private Limited, which runs the news channel, in 2018 after joining the BJP. In 2019, Asianet diluted its shares in Republic TV and became a minority shareholder.

Dighvijay News is part of the media empire of businessman Vijay Sankeshwar. Elected to the Lok Sabha thrice from the BJP in the 1990s, Sankeshwar quit the party briefly before rejoining it in 2014. He also owns the Kannada daily Vijayavani.

Although no political party in the state directly runs a TV channel, Biju Janata Dal (BJD) MLAs Sanjib Kumar Mallick and Susant Kumar Rout are on the board of Sakala Media Private Ltd that operates the government-leaning channel Nandighosha TV.

Popular channel Jaihind TV channel is backed by the state Congress, with former Opposition leader Ramesh Chennithala serving as the chairperson of Bharat Broadcasting Network Limited that owns the channel.

Kairali TV and People’s TV are owned by Malayalam Communications Limited, which has the backing of the CPI(M). Party leaders own a major portion of the shares of the company. Janam TV, the latest entrant in the state’s mediascape, is known to lean towards the Sangh Parivar.

Top sources in the BJP have told The Indian Express that BJP’s channel in Tamil Nadu “will be an extension of Janam TV and that the Tamil channel’s name will also most likely be the same”.

23-yr-old Indian injured during armed robbery in US dies