TMC gets a leg-up in Assam with top leader in camp, but long climb ahead

On Sunday, in an unexpected move, former Assam Congress chief Ripun Bora resigned from the grand old party to join the TMC – following in the footsteps of Sushmita Dev and Mukul Sangma before him. 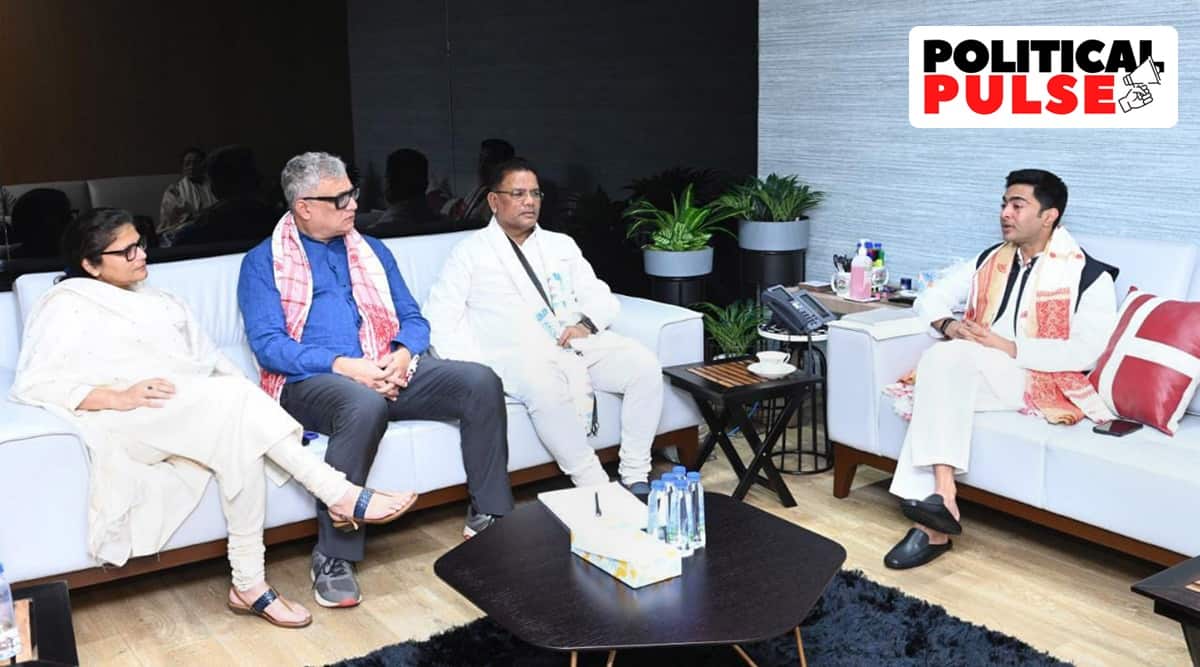 After Sushmita Dev and Mukul Sangma, the Trinamool Congress (TMC), in its bid to emerge as the primary opposition in the Northeast, has now got fresh ammunition in the form of Ripun Bora.

On Sunday, in an unexpected move, the former Assam Congress chief resigned from the grand old party to join the TMC – following in the footsteps of Dev and Sangma before him. If it was yet another blow for the Congress, it was a fresh feather in the cap for the TMC, which has been acquiring big names as part of its Northeast push.

He joined us today in the presence of Shri @abhishekaitc. pic.twitter.com/ewhzXmafzH

Dev, a prominent Bengali face from Assam’s Barak Valley, is helping strengthen the TMC’s grassroots in Tripura. Sangma’s defection, with 11 MLAs, meant the TMC overnight became the principal opposition in the Assembly instead of the Congress.

The Congress has played down Bora’s departure, with Assam Leader of Opposition Debabrata Saika pointing out that he could not retain even his own Assembly constituency in the 2021 elections. However, Dev says, underestimating Bora was a mistake as he had long experience as an organisational manager, a skill that would come handy as the TMC tries to build a base in Assam. “We need to build an organisation and Ripun Bora is a perfect fit for that,” says Dev.

While the TMC hasn’t made much of an impact so far, Dev says “the lack of a credible Opposition” in Assam works to its advantage. She cites the recent Rajya Sabha polls where some AIUDF MLAs are believed to have backed the BJP, despite the party having put up Ripun Bora as the joint candidate with the Congress. Bora, in turn, lost, triggering his departure from the Congress. Dev claims at least one Congress MLA also broke ranks to the BJP’s advantage in the election. “So the Congress, AIUDF and BJP are one in Assam,” she says.

However, the TMC won’t find the going easy, both given the BJP’s dominance in Assam under Chief Minister Himanta Biswa Sarma, and its ‘Bengali’ tag that runs counter to the state’s strong Assamese sub-nationalism. Assam Congress MP Abdul Khaleque dismisses the TMC as a “Kolkata-centric party”.

But Dev gives the example of the BJP, which has managed to rise and rise despite its perception once as a party of “outsiders”. The TMC MP points out that the BJP now holds sway among all the Hindu communities, across ethnicities. “So does this so-called divide between Assamese Hindus, tribals and Bengali Hindus really matter electorally?” she asks.

Silchar-based commentator Joydeep Biswas believes the TMC’s “secular” reputation may endear it to the region’s minority population. However, he adds, the party has a long climb ahead. “So far they have only followed a top-down approach, getting big names to defect, but only time will tell if it can become a credible Opposition.”