TIPRA Motha chief interview: ‘There are two ways of making New Delhi listen…Defeating them electorally or violence…We believe in non-violence’

Pradyot Manikya Debbarman, the scion of Tripura’s erstwhile royal family, explains his outfit’s demand for a separate state of Greater Tipraland “not only for the indigenous people but also for all communities that live in TTAADC area”. 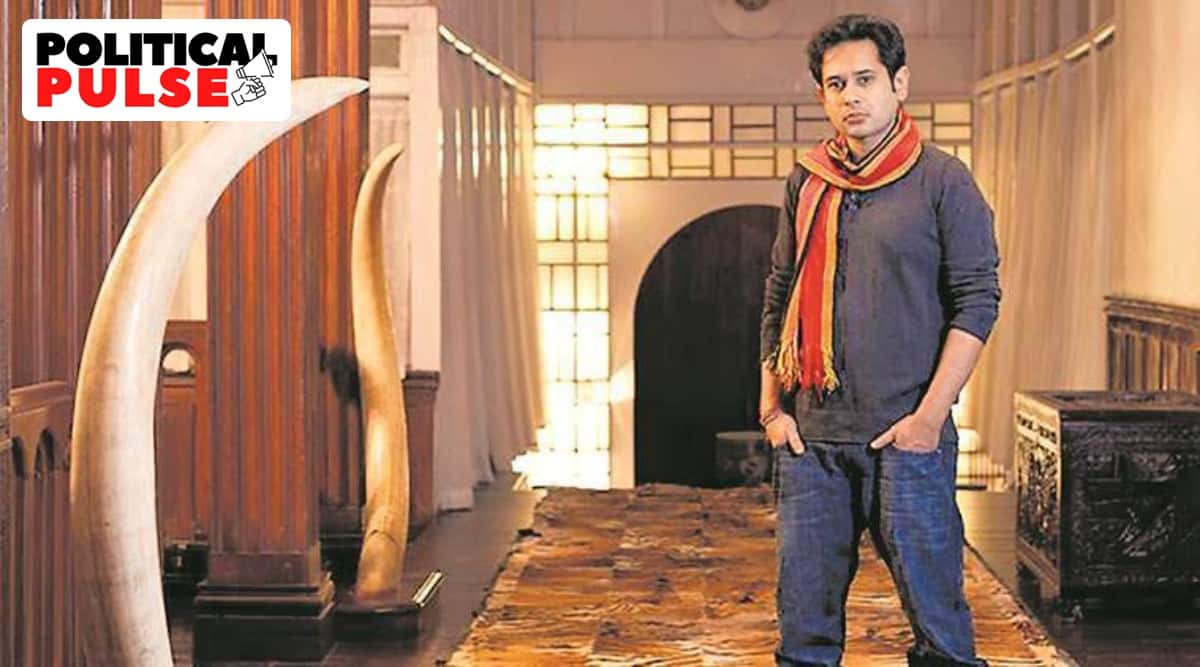 Pradyot Manikya Debbarman is the scion of Tripura’s erstwhile royal family and the chairperson of the TIPRA Motha party whose clout has been growing steadily in a state where Assembly elections are due early next year.

Debbarman spoke to The Indian Express on a range of issues, from his core demand to his coming Assembly elections in the state.

What is your definition of Greater Tipraland?

Greater Tipraland is a permanent solution. It is essentially an area that will bring a permanent solution and settlement to the plight of the people of Tripura, especially those who live in the Tripura Tribal Areas Autonomous District Council (TTAADC) areas and the periphery of it.

So you are demanding a separate state?

Yes, we are demanding a separate state under Article 2, 3 of the Indian Constitution and we are looking for a resolution and a settlement of this problem because we believe that problem has been created by the Indian government and not the indigenous people of Tripura or the Bengali population, who are both suffering at this moment and keep on blaming each other while the real problem lies in the policy of the government of India.

Will the proposed separate state be only for indigenous communities?

We are demanding a separate state not only for the indigenous people but also for all communities who live in the TTAADC area and we believe that all communities — Hindus, Bengalis, Muslims, Buddhists, everyone — should prosper and be given equal safeguards and rights that are not being given right now in the state of Tripura. There are many things that can be discussed once the government of India invites us. We can talk about shared resources and common interests.

You often say national parties don’t care about these issues.

I think we are too small for national parties to be taken seriously until we defeat them. The moment they lose then only they pay attention to us. There are two ways of making New Delhi, whoever is in power, listen to your point of view. One is by defeating them electorally or what the underground groups have done — resorting to violence. We believe in the path of non-violence.

You said you would explore allying with any party only if it provides assurance regarding your demand. Can you elaborate?

They have to come out with a concrete suggestion as to what they want to offer us. The fact is that history has shown that we have been repeatedly misled and more importantly the people have been misled. So any such assurance or extension of support has to come specifically in written terms. They have to say once we are in power we will pass a bill in the parliament to bring it. But, they have to give it to us explicitly in writing and the assurance has to come from the highest authority in any party.

Are you ruling out any electoral alliance?

If they don’t give it to us in writing, I am completely ruling out any alliance. But nobody is untouchable. Every political party can give us a solution and we will talk. But then I am not going into an alliance for the benefit of money and adjustment of seats.

How flexible are you willing to be in chasing your demand?

I am not willing to be flexible. There has not been sincerity from both sides. Because I am not negotiating for my personal property. I am negotiating for the lives of thousands and thousands of people. So, the sincerity has to be in black and white and it should be in the public domain.

Your critics say you are stoking ethnic tensions which triggered violence in Tripura in the past.

The people who are doing this are people who have seen that period. I have not seen such violence. I am a person who represents a new generation which wants a solution and a settlement. I am not a person who believes in violence or anarchy to get political gains. I am not in politics to stoke communal disharmony. That’s not the culture of my family as well. If peace comes to Tripura, the tribals and Bengalis will be happy. The people who will be the most unhappy will be those people who create fear psychosis among communities.

But what if your demands are not met?

We will sit in the Opposition, or the government. And why will they not be met? We are not asking for something unconstitutional. The government of India has to say yes or no, and they have to give us the reason.

How are your election plans shaping up?

We are going to fight in 45-50 seats. So we are hopeful that we will cross the halfway mark ourselves (Tripura has a 60-member legislative Assembly and 18 reserved seats for Scheduled Tribes). We do not work against any community. We want the upliftment of all communities. Mayawati spoke for Dalits, but she also spoke for others. And BSP did not just win from SC (Scheduled Caste) areas, it also won from other areas that had other communities as well.

How do you rate the BJP government’s performance in Tripura?

In terms of the execution of promises, very poor; in terms of the development of tribal areas, very disappointing. But we still hope that the government of India will have a change of heart and address our issues and look at this as a solution rather than a political opportunity.

Do you feel if these issues are not addressed, insurgency might return to the state?

I think people who are stoking insurgency are those who have a vested hatred for India and would like to create instability. I am all for the government of India playing a direct role in the state of Tripura rather than being left to a few people to govern us. I believe the government of India will not give a chance to any underground militant group to rise and show its ugly head again because these militant groups are helped by outside forces and it is in the interest of the government of India to solve the problem of Tripura till Sheikh Hasina is there. Because we don’t know what will happen in the future vis a vis Bangladesh which surrounds Tripura from three sides.

How would you address the anxiety among non-tribals of the state over this demand?

I am a Hindu and a Hindu cannot have hatred towards Hindus who have suffered in Bangladesh and who have come over to India. Our family has had great relations with eminent Bengalis. Muslims have also realised that we are not only a tribal-centric party. We believe in accommodating all religions and we have stood with them in all difficult junctures. So, I believe the growth of TIPRA Motha has been slow but it has been consistent that we do not believe in only talking about the indigenous people but of all communities while not forgetting that the indigenous people are the reason we actually originated.

You have filed a petition against CAA in the SC, where the matter came up for hearing on Tuesday.

Yes, but the government of Tripura and Assam have not filed replies, they have sought more time. I guess when they have a satisfactory answer they will put it. But then it is astonishing that even after three years of this Bill being passed they have not been able to provide a satisfactory response in an affidavit that the SC has asked for.