SY Quraishi interview: ‘EC must not be dragged into politics. Poll promises issue has potential to do so… this spells disaster’

SY Quraishi: “In my opinion, neither the Supreme Court nor the EC have the powers to interfere in this legitimate democratic exercise. It seems the Supreme Court was conscious of the fact, which is why it pronounced that this cannot be described as a 'corrupt practice'... It passed the buck to EC.” 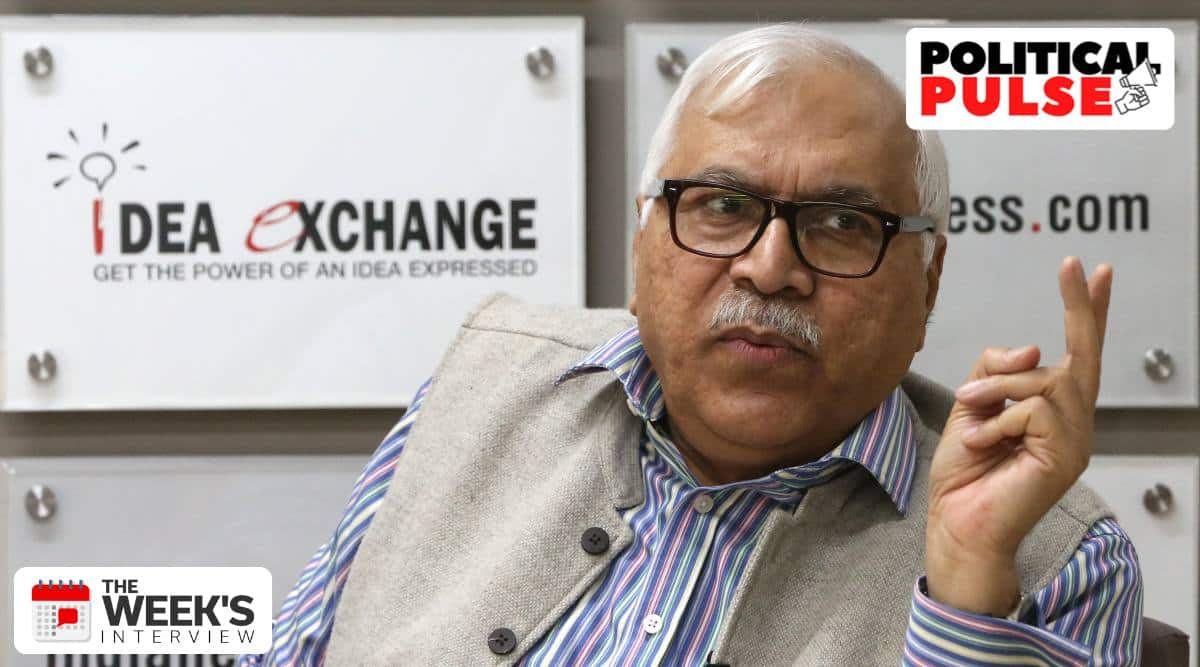 SY Quraishi during an Idea Exchange with The Indian Express in 2017. (Express Photo: Renuka Puri, File)

The former Chief Election Commissioner of India and the author of ‘An Undocumented Wonder — The Making of the Great Indian Election’, S Y Quraishi, warns against the Election Commission of India getting into the “political domain” over the question of poll promises, and says that the EC neither has the powers to monitor poll promises, nor punish the violators. Excerpts from an interview.

Is it within the scope or powers of the Election Commission of India to monitor poll promises made by political parties?

The mandate and responsibility of the EC is to ensure free and fair elections. It is true that false promises can vitiate the political atmosphere. However, the EC acts within the ambit of the Constitution and the law. There is no law in the country which says that a political party cannot make promises, even false promises, or distribute freebies.

The EC should not be drawn into this debate, especially since it is wedged between the conduct of elections and politics. It is for Parliament to make a law on the subject.

When the case came up in the Supreme Court, it had called for discussions with political parties. The parties had then questioned the scope of the powers of the EC and said that making promises to voters, and making their policies and plans known through election manifestos, is their “legal right and duty”.

In my humble opinion, neither the Supreme Court nor the EC have the powers to interfere in this legitimate democratic exercise. It seems the Supreme Court was conscious of the fact that it has no power, which is why it pronounced that this cannot be described as a ‘corrupt practice’ under the RP (Representation of the People) Act. It passed the buck to the EC to call a meeting of political parties, and, based on discussion, frame necessary guidelines. Well, if it is not a corrupt practice, what power does the EC have to issue any guidelines?

How then did the EC come into the picture again this time around?

The EC did not act on this issue suo motu. As a matter of fact, I strongly disagree with the allegation that the EC took a U-turn on the issue, having submitted to the Court earlier its stance, rightly so, that the matter of promises and freebies is subjective and subject to interpretation. The EC came into the picture only after having been directed, rather harshly, by the Supreme Court to do so. If indeed there is an issue with political parties making irresponsible promises, then the Court should have declared it a corrupt practice, which it has not, because the Court has gone by the letter of the law.

In 2013, the EC had carried out an exercise of calling political parties and framing guidelines almost perfunctorily. All it said was that a political party has to make promises responsibly, and they need to inform the public on how these promises are going to be met and financed.

What powers does the EC have then?

Nothing. All it can do is amplify its own 2013 guidelines which asked political parties to declare how they would finance their manifesto promises and put this on its website. The only action possible against those not providing the information is to admonish them, like all other violations of the model code of conduct: ask them to ‘be careful in future!’. As it is, people call the EC toothless when it takes this kind of action, which is actually the only available power it has.

The EC cannot make the law nor can it amend the RP Act, which is purely a legislative domain. If any political party were to violate these guidelines or refuse to submit details on how they financially plan to meet their promises, what is the EC going to do? The EC has zero powers for imposing any punishment, except reprimand.

Can’t the EC deregister a party?

The EC does not have the power to impose even a token fine, not to speak of deregistering a party, for even the gravest of violations of the model code of conduct. The Supreme Court itself had denied this power to the EC over 20 years ago. The Commission has been demanding this power ever since. If the EC had the power to deregister political parties, then it would be a very different political landscape altogether.

There is a parallel case to this — that of criminalisation of politics, in which the Supreme Court itself had directed that candidates must disclose criminal cases against them. What the EC does in this case is put up the information on its website so that the voter can know and make an informed choice. But the Commission does not have the power to debar the candidate from fighting the election. Why not debar the candidate altogether through legislation, as the EC has been demanding? The EC has been making this demand, but the government is not listening.

What can the EC do then?

The EC must not be dragged into the political domain of sitting in judgment on whether a party’s manifesto promises are feasible or not. Even less, whether the party has fulfilled the promises. It can at best evolve a proforma to be attached to the manifesto explaining how the party will fulfil its promises and put it in the public domain. Let the voters decide, just as they are supposed to do with the knowledge of the criminal antecedents of candidates.

Which political parties have kept their promises and which have not, is an unending debate. The EC is neither equipped nor competent to sit in judgment.

Let’s remember that there are some promises which are intangible in nature. For instance, if a political party has claimed to improve the quality of education, how exactly do you quantify this?

Do electoral promises vitiate the atmosphere of elections?

Many of the schemes which may have begun as freebies ahead of an election have turned out to be effective welfare schemes – whether it is distribution of rice at Rs 2 a kg or free bicycles for girls going to schools. The first has led to the end of starvation deaths and the second to an increased enrolment of girls in schools and reduced the dropout rate. Besides, the ‘freebies’ are usually given by the government, and not by the Opposition parties, because they have the resources to do so. So how is one to judge what a freebie is and what a welfare scheme is? Your freebie is my welfare scheme, and vice-versa.

Besides, political parties can promise the moon in their manifestos — legally. It is a legitimate democratic document that shows the position of the party on different issues and its proposals and plans for the future.

One thing is absolutely clear: the Election Commission must not be dragged into politics. And the current issue has the potential to do so. This spells disaster.