SP candidate loses by 33,000 votes in a seat where Azam held unparalleled clout until now, winning 10 times since 1980s 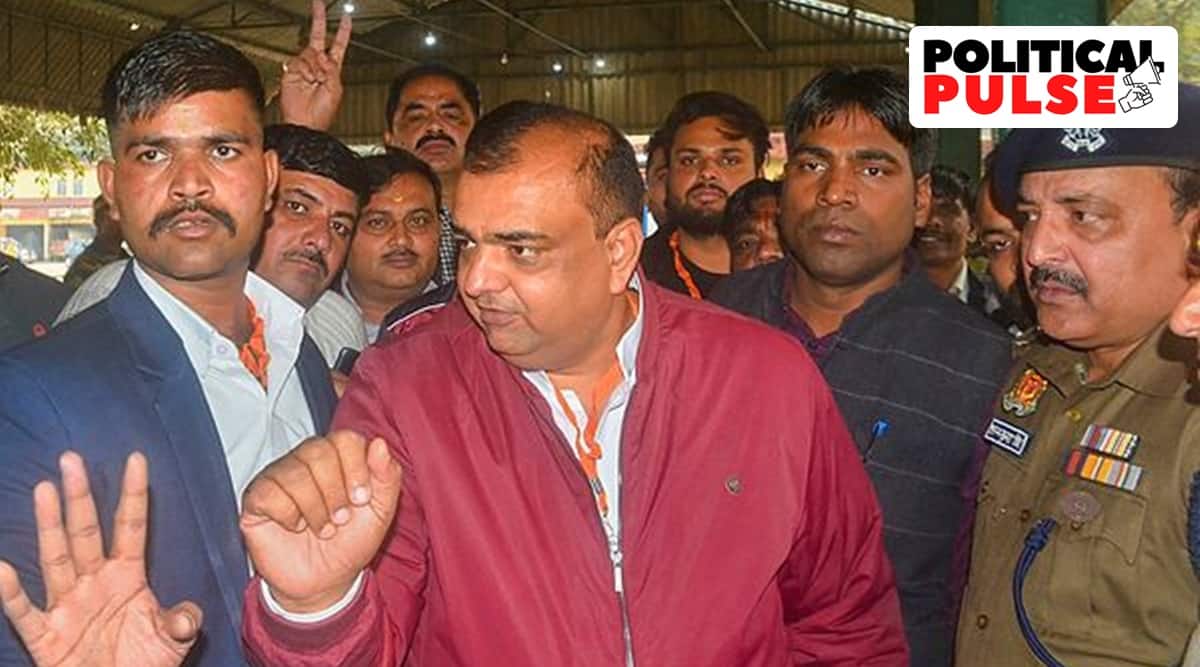 On Thursday, the fortress of Rampur finally fell, with the BJP trouncing the Samajwadi Party in a seat closely identified with SP veteran Azam Khan, who has won a record 10 times from here since the 1980s.

In a bypoll necessitated by Azam’s disqualification in a hate speech case, BJP’s Akash Saxena, a long-time rival of Azam and his family, defeated Azam confidant and SP candidate Asim Raja by more than 33,000 votes.

Must Read |Trailing BJP candidate in Rampur, SP’s Asim Raja says police will be the winners

While the election was marked by a low turnout of 33 per cent, with the SP accusing the administration of preventing its voters from heading to the booths, the run-up to the polls saw the BJP going all out to woo the Muslim community.

After being declared the winner, BJP’s Saxena said, “After Kashmir, Rampur is the only seat where Muslims are around 70 per cent in number. And they have shown confidence in the Yogi government, and have elected the BJP in a historic win. Today, it has become clear that in the state, Muslims feel respected and safe under the Yogi government. Now, Abdul and Angad will together go to the Vidhan Sabha.”

In a seat where Muslims make up 65 per cent of the electorate, the BJP played its cards just right.

While ex-Union Minister Mukhtar Abbas Naqvi camped in the district in the run-up to the polls, the party deputed Danish Azad Ansari, Minister of State in the Yogi Cabinet and its Muslim face in UP, and Kunwar Basit Ali, state president of the party’s minority wing, to reach out to the Muslim community.

Unlike past elections, when the BJP allegedly resorted to religious polarisation, this time, the party spoke about its Pasmanda outreach programme for socially and economically backward Muslim castes.

The party’s confidence stemmed from the fact that it had earlier this year won the Rampur Lok Sabha seat, along with the SP’s fortress of Azamgarh, in by-elections.

In its eagerness to woo the Muslim community in Rampur, the BJP also inducted Azam’s long-term aide Fasahat Ali Khan in the run-up to the Assembly bypoll.

Khan’s long-time rival and Congress leader Kazim Ali Khan, who belongs to family of the erstwhile nawabs of Rampur, also lent his support to the BJP, leading to him being expelled from the Congress on charges of “extreme indiscipline”.

During the campaign, party sources said, BJP leaders made it a point to talk about how central schemes had benefited Muslims in UP – free ration to over three crore Pasmanda Muslims, benefits of Ayushman Bharat scheme to over 1.25 lakh, free electricity connections to over 40 lakh, and homes under the PM Awas Yojana to 20 lakh beneficiaries. The party also held a convention for Pasmanda Muslims in Rampur on November 12, addressed by Deputy Chief Minister Brajesh Pathak, among others.

Though Azam didn’t vote, it was clear that this election was all about him, with the party leaning heavily on his legacy in Rampur. Azam single-handedly led the campaign as party chief Akhilesh Yadav held just one rally in Rampur while shifting his energies to Mainpuri, where his wife was engaged in another high-stakes battle.

Polling day saw one of the lowest voter turnouts in the state – 33 per cent – prompting the SP to accuse the BJP of intimidating SP voters. The February-March election for the Rampur Vidhan Sabha seat held earlier this year, which Khan won, had seen a voter turnout of 56.61 per cent.

Earlier, speaking to the media on Thursday, SP’s losing candidate Asim Raja reiterated allegations that the party’s voters were kept out of the booths by force. “They should be ashamed. With their power and their sticks, they have snatched people’s right to vote. We have written to the Election Commission. If we don’t win, then the victory is of the Rampur Police and I congratulate them,” he said.