BJP had strongly opposed the controversial move by the then Manmohan Singh government and demanded that the probe be stopped. 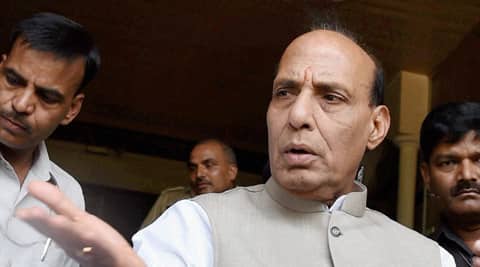 Home Ministry officials are expected to move the Cabinet with a note to scrap the December 26, 2013, order to set up the judicial commission of inquiry to probe into the charges of surveillance.

The  Ministry of Home Affairs is likely to approach the Cabinet to withdraw the previous UPA government’s order to set up a commission to probe the alleged illegal surveillance of a young woman architect in Gujarat along with two other cases of snooping.

The previous government in December last year had ordered setting up of the commission, which was supposed to probe the three cases of illegal surveillance and CDR analysis. The other two cases were of surveillance of Himachal Chief Minister Virbhadra Singh by the previous Dhumal government and the call detail record (CDR) access of former Leader of Opposition in Rajya Sabha and now Finance Minister Arun Jaitley.

Home Ministry officials are expected to move the Cabinet with a note to scrap the December 26, 2013, order to set up the judicial commission of inquiry to probe into the charges of surveillance.

Minister of State for Home Kiren Rijiju had already indicated that the “politically motivated” decision to set up the inquiry commission will be reviewed by the NDA government. Earlier, the BJP had strongly opposed the setting up of the commission to probe the Gujarat incident. It had demanded that the probe be stopped as a parallel inquiry had been ordered into the matter by the Gujarat government.

The UPA government’s decision to set up the commission had triggered a political row as the snooping incident was alleged to have involved Narendra Modi when he was the Gujarat chief minister.

It was announced that the commission, to be headed by a retired Supreme Court judge or a retired chief justice of a high court, would also suggest measures to improve the privacy laws in the country. However, the UPA government could not appoint anyone to head the probe panel ahead of the Lok Sabha elections as no retired judge was reportedly willing to take up the assignment.

FIFA World Cup: We are not playing as well as we are expected, says Lionel Messi