In a surprise, two more people come forward to collect papers, from Himachal and UP. They are neither PCC delegates, nor claim support of any 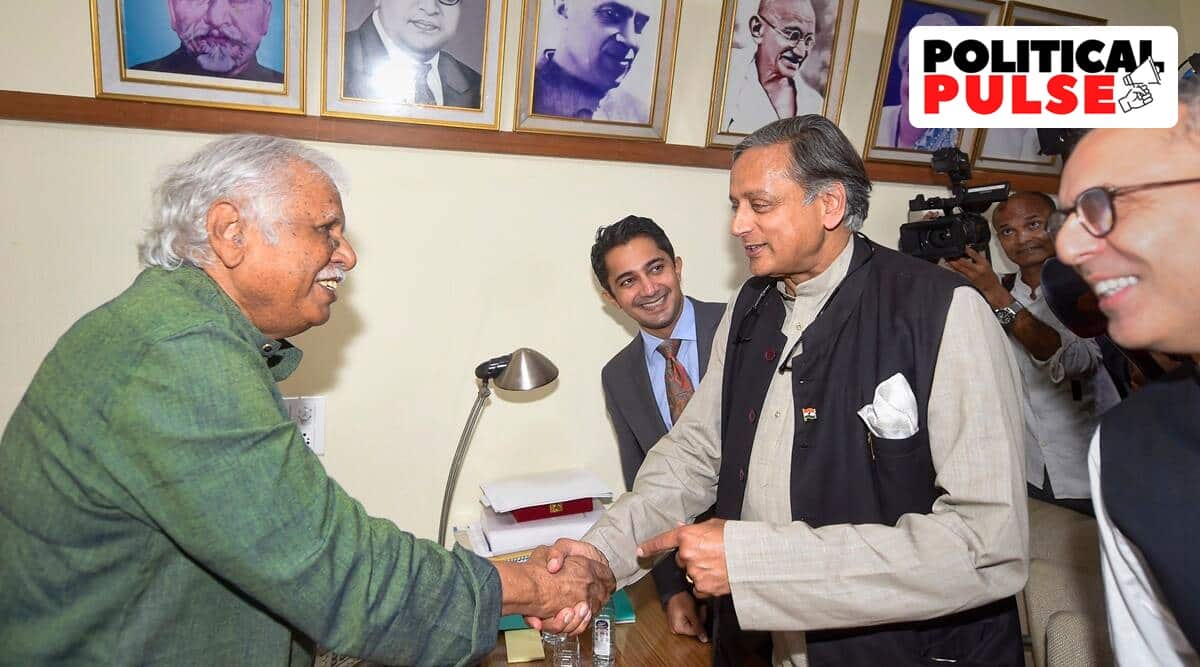 Making it clear that he is set to contest the high-stake Congress presidential election next month, Lok Sabha MP Shashi Tharoor Saturday collected the nomination forms soon after the week-long window for filing of the papers opened.

A representative of Tharoor arrived at the AICC headquarters with a letter of authorisation from the Thiruvananthapuram MP. He was given five sets of nomination papers by Madhusudan Mistry, the Chairman of the Congress Central Election Authority.

“I write to you today to request you to kindly share five nomination forms for the upcoming AICC presidential elections with Mr Aalim Javeri, a member of my staff… whom I have authorized to collect these on my behalf,” Tharoor’s letter to Mistry said.

Interestingly, two others came to collect nomination forms but were neither PCC delegates themselves nor claimed the support of any. The two identified themselves as Laxmikant Sharma from Mandi in Himachal Pradesh and Vinod Sarati from Sambhal in Uttar Pradesh. Only PCC delegates can contest the election.

Their appearance was reminiscent of Dhartipakad, who was known to contest unsuccessfully every election, big or small. Congress old-timers remember that he had come to contest the party presidential election against the late Rajiv Gandhi too in the 1980s.