Days after the BJP withdrew its Andheri East bypoll candidate, following an appeal from the NCP chief, Deputy CM’s associate Amol Kale has emerged as the consensus candidate to head the Mumbai Cricket Association. 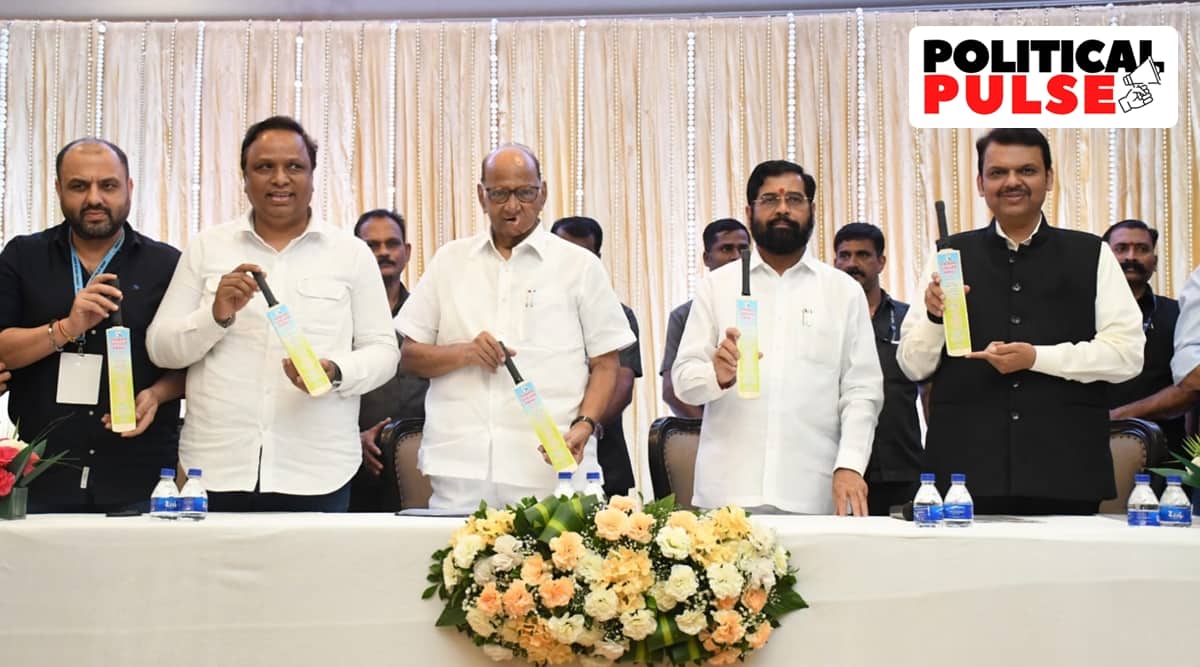 Setting aside their ideological differences and political battles, Sharad Pawar and Devendra Fadnavis have made cricket a common cause ahead of the Mumbai Cricket Association (MCA) elections scheduled to be held on Thursday. But the move has sparked speculation in some sections, given that it comes in the wake of the consensus among all parties to let the Uddhav Thackeray-led Shiv Sena’s candidate Rutuja Latke win the Andheri (East) bypoll unopposed.

Though on the pitch of politics Pawar is known to throw down a googly now and again, bamboozling rivals, the NCP chief, who is also a former president of the Board of Control for Cricket in India (BCCI), has tried to keep politics and sports separate. In the MCA elections, Pawar and Fadnavis appear to be on the same page and the consensus candidate to head the cricket body appears to be industrialist Amol Kale, a close associate of Fadnavis from the BJP leader’s hometown Nagpur.

A BJP insider said, “Pawar and Fadnavis’s unity is confined to the MCA. It has nothing to do with politics.” NCP state president Jayant Patil also concurred, saying, “We do not mix sports and politics.”

But not everyone is convinced, even among Pawar’s allies in the Maha Vikas Aghadi (MVA). In the Andheri bypoll, Maharashtra Navnirman Sena (MNS) chief Raj Thackeray was the first to appeal to the BJP to withdraw its candidate against Rutuja Latke, whose husband Ramesh was the MLA from there earlier and passed away this May while on a visit to Dubai. Pawar then joined in and issued a similar appeal and a day later the BJP agreed.

This led state Congress chief Nana Patole to allege that the decision was linked to some sort of a backroom deal between the two sides. “It was part of match-fixing. The BJP heeded Pawar’s appeal in Andheri East to allow the Uddhav-led Shiv Sena an upper hand. In the bargain, Pawar ensured support to the BJP in building consensus for the MCA polls.”

Not only Pawar and Fadnavis, the MCA dinner was also attended by Uddhav Thackeray’s confidant Milind Narwekar, who is a member of the association. Following the BCCI elections on Tuesday, he congratulated Jay Shah who was reappointed as the board’s secretary and Mumbai BJP chief Ashish Shelar who was appointed the organisation’s treasurer.

Established in 1930, the MCA is one of the oldest cricket associations in the country and has always seen politicians vie for it. Pawar ran the association from 2001 to 2009 while back in 1992, then CM Manohar Joshi of the Shiv Sena defeated former cricketer Madhav Mantri in the MCA presidential polls. Former CM Vilasrao Deshmukh defeated former India batsman Dilip Vengsarkar in a fiercely contested election in July 2011.