The new-look, friendly Sanjay Raut, and how long will it last? Praise for Fadnavis sets Maharashtra abuzz

Sanjay Raut was arrested in a money laundering case related to the Patra Chawl housing project scam on August 1 this year and was granted bail on Wednesday. After his release, Raut received a grand welcome by the Uddhav Balasaheb Thackeray Sena workers outside the Mumbai central prison. 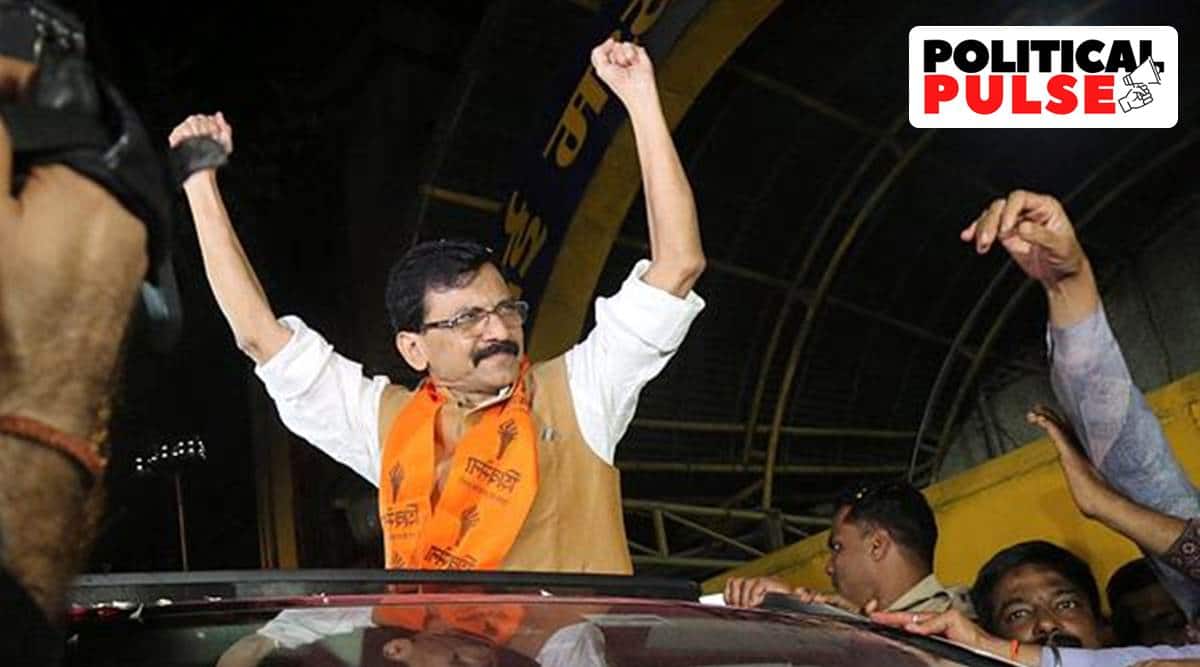 A day after getting bail in the Patra Chawl money laundering case, Shiv Sena MP Sanjay Raut, known to be a staunch BJP critic, did something uncharacteristic. He praised Maharashtra Deputy Chief Minister Devendra Fadnavis, adding that he would meet Prime Minister Narendra Modi and Union Home Minister Amit Shah soon, setting off a chain of speculations.

On Thursday morning, Raut told reporters: “I will not criticise or speak against anyone, be it central agencies or the government. My party and I have suffered. We won’t oppose anyone just for the sake of opposing. If they have done good work, we will appreciate and welcome them. The current dispensation has also done some good work.”

He added: “Those decisions that are good for the country or the state should be welcomed. I welcome the decisions taken by (Deputy Chief Minister) Devendra Fadnavis. I will meet Fadnavis very soon. I will meet Prime Minister Narendra Modi and Union Home minister Amit Shah soon as well.”

While initially the move seemed an attempt to reconcile with the BJP, it could also be a strategic move to keep the Central probing agencies such as the Enforcement Directorate (EC) at bay and avoid confrontation with the BJP, with his case still being open.

Raut was arrested in a money laundering case related to the Patra Chawl housing project scam on August 1 this year and was granted bail on Wednesday. After his release, Raut received a grand welcome by the Uddhav Balasaheb Thackeray Sena workers outside the Mumbai central prison.

Also Read |No rule of law in country: Saamana editorial hits out at Centre after Sanjay Raut’s bail

Addressing the workers soon after his release, Raut had given glimpses of his usual combative self, saying: “My family cried for the first time after my release. I told them it’s not the time to cry, now is the time to fight. We have to fight with full force. I have become free now. I will take on the Opposition (BJP-Shinde) with full force. When they arrested me from this place… I had said that I will prefer death. I won’t bow down or surrender in front of Delhi.”

The leader even indicated that the BJP would regret arresting him. “They don’t know what a big mistake they made by arresting me. It will be the biggest mistake of their political career. They will soon realise it.”

This late night charged address had enthralled Sainiks. They seemed to have been expecting the same level of attack the next day in his first press conference too.

However, Raut took everyone by surprise on Thursday morning. Without attacking or blaming anyone, Raut welcomed a recent statement of Fadnavis’ when the deputy CM said “the bitterness amongst the politicians should end”. He went on to express his desire of meeting Fadnavis, Modi and Shah.

But immediately after this, former Chief Minister Uddhav Thackeray and his family members hosted him at their residence Matoshree, erasing any doubts that might have emerged about troubles in their long-standing relationship. Raut also went on to reaffirm his commitment towards the party there.

Raut said “that every second” of his life was dedicated to the Sena. “Today, the court said the arrest was illegal. Arrest me as many as you want, but I will not leave the Sena.”

Reacting to Raut’s statements, Uddhav said, “If Raut had an intention to settle cases against him, he would not have even spent 100 days in jail.”

Sources said that the shift in Raut’s stance within a day indicates some kind of “negotiations between him and the BJP”. A leader said: “Raut has been in jail for over 100 days. He obviously does not wish to be in that atmosphere, even as the court made observations in his favour. It just seems like it is his strategy to avoid confrontation between him and the BJP or with Shinde faction, with his case still pending.”

The Ekanth Shinde-led Balsahebanchi Shiv Sena, however, feels the move is part of Raut’s “personal agenda”. They also pose questions about Uddhav and Raut’s relationship, in relation to what they call the “contradictory statements” of the leaders over the BJP.

“On the one hand, Uddhav Thackeray is criticising the BJP and alleging that the Central agencies are targeting Opposition parties. Then there is Raut who is praising Fadnavis. This shows that something is amiss between them,” said Kiran Pawaskar, the spokesperson of the Babasahebanchi Shiv Sena.

“Raut may be trying to avoid confrontation to buy some time to analyse the situation before making his first move. This way, he will have time to guage what all transpired in while he was in jail. Putting everyone in confusion and then making a move when the Opposition has its defences down, could also be his strategy,” another senior party leader said.