The Union minister known for speaking his mind was acting out of concern for home town Nagpur and backward Vidarbha region, say aides. 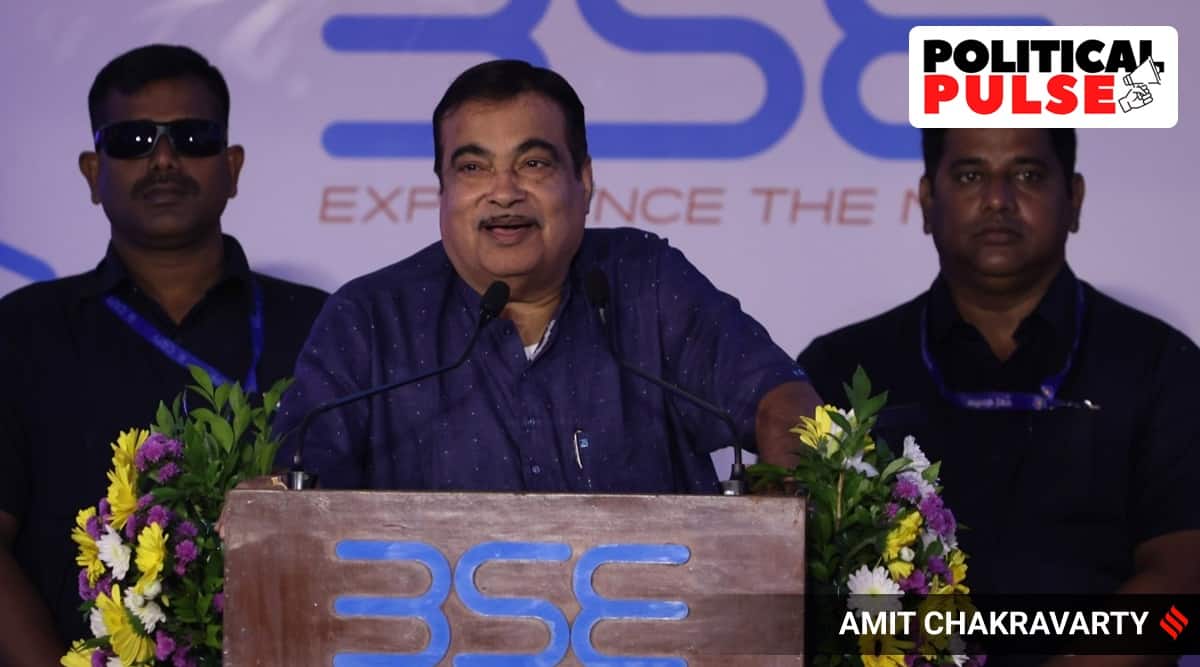 A DAY after it was announced that a prestigious Tata-Airbus venture to manufacture transport aircraft would be launched in Vadodara by Prime Minister Narendra Modi, and Opposition parties in Maharashtra erupted in protests over the state “losing” a second project to Gujarat, a letter written by Union minister Nitin Gadkari earlier this month surfaced.

It was an innocuous letter, sent by the Union Minister for Road Transport and Highways to Tata Sons Chairman N Chandrasekharan on October 7, urging the corporate group to consider investments at MIHAN in Nagpur. But this came just three weeks after poll-bound Gujarat had acquired the Vedanta-Foxconn semiconductor project, which was earlier supposed to come up in Maharashtra, and, as it turns out, would have coincided with the Tatas deciding on Vadodara for their aircraft venture.

With Gadkari seen as his own person in the Union Cabinet – not averse to speaking his mind — his letter was seen as making a statement for Maharashtra rather than against Gujarat.

Gadkari’s note comes against the backdrop of what is perceived as his diminishing footprint. If in July 2021, he was divested of the Micro Small and Medium Enterprises portfolio, which was given to fellow Maharashtra leader Narayan Rane, in August this year, he was dropped from the BJP’s powerful parliamentary board and central election committee bodies.

Gadkari’s remark in July 2022 saying, “I feel like quitting politics. As it has become power centric, failing to serve the nation”, had set off a buzz.

Gadkari has repeatedly complained that his words are deliberately distorted to read a meaning that doesn’t exist even while sealing his position in the Cabinet by ensuring that his Road Transport and Highways Ministry remains consistently among the best-performing ministries.

Political observers in Maharashtra say that more than a message to the Centre, Gadkari’s intervention with the Tatas in favour of MIHAN was dictated by his concerns regarding Nagpur (his home town and his parliamentary constituency), and the larger region of Vidarbha, which is among the most backward in Maharashtra.

The MIHAN (Multimodel International Hub at Nagpur) area that Gadkari flagged for Tata investments is one of his ambitious projects for his home town. In 2015, then Chief Minister Devendra Fadnavis, who also belongs to Nagpur, had showcased MIHAN to foreign investors, promising new policies and concessions to attract big ticket projects. He had pitched for defence and electronic hubs there, keeping in sight long-term employment generation goals.

A senior bureaucrat associated with MIHAN said, “It was planned keeping the next 30 years in mind.”

In his letter, Gadkari urged the Tata Group to seize the opportunities at MIHAN in terms of infrastructure, logistics, rail, air, road connectivity and human resources, and to consider investments in multiple sectors such as defence, aviation, infrastructure. Nagpur is located right in the heart of India, with connections to 350 districts across India, he wrote.

According to highly placed sources in the Vidarbha Development Council, the authorities involved with the Tata-Airbus project had visited MIHAN to see the land and infrastructure. “But we are not sure whether they wanted to invest in Maharashtra or not. Or why and how Gujarat was finalised,” an official said.

In economic doldrums for long, cotton belt Vidarbha has consistently registered the highest farm suicides in the past two decades. Insiders in the BJP say Gadkari was acting purely out of the hope of retrieving Vidarbha from this mess. “When it comes to development of the Vidarbha region, Gadkari and Fadnavis work as a team,” a leader said.

In September, soon after the Vedanta-Foxconn project was announced for Gujarat, Maharashtra Industries Minister Uday Samant had assured that Maharashtra was set to get the Tata-Airbus project. After it was announced on Thursday that the aircraft project too would go to Gujarat, Samant denied Nagpur was ever in contention. He also said: “Deputy CM Fadnavis tried his best to secure the project for Nagpur, but was not successful.”

Fadnavis, incidentally, has been uncharacteristically silent on the issue.