“Rampur was once an industrial town. There were over 50 factories, one lakh jobs... But these people got them shut... Because if the youth made money, they would use their minds, not rally behind them," said Akash Saxena, BJP's Rampur candidate for the Assembly bypoll. 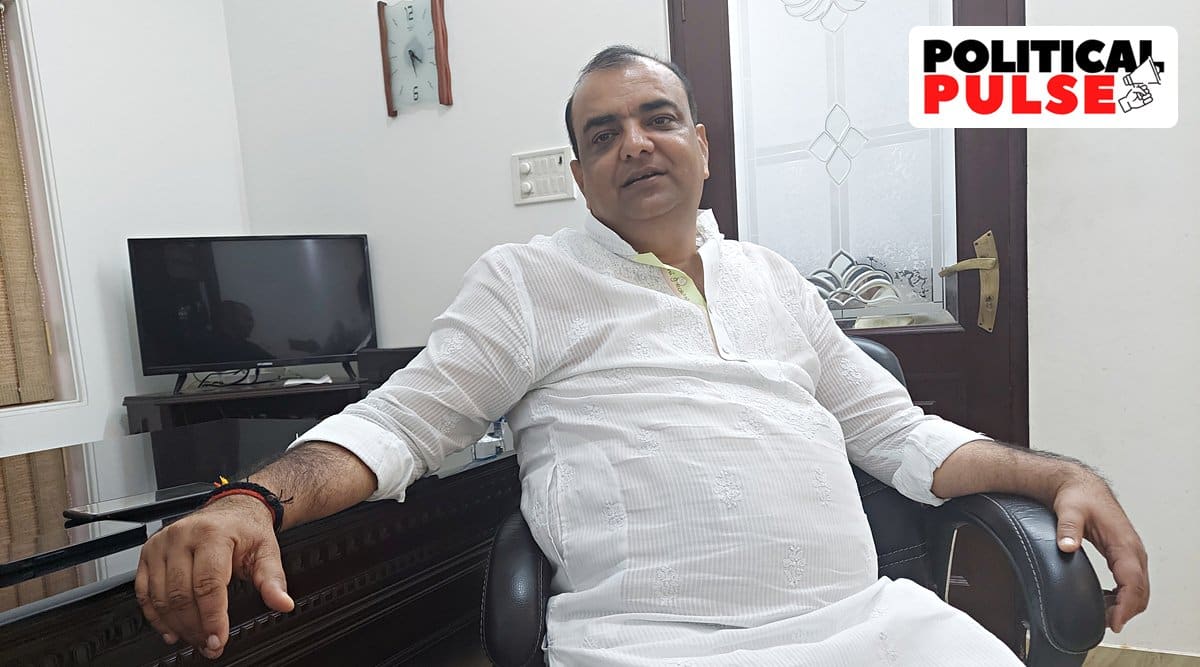 BJP's Akash Saxena is up against SP's Asim Raza Khan in the Rampur bypoll. (Express Photo)

The BJP candidate for the December 5 Rampur Assembly bypoll, Akash Saxena, has been fighting to topple Azam Khan for a long time. He has not only contested against Rampur’s tallest leader earlier unsuccessfully, but is also the one responsible for putting him behind bars. One of the over 40 cases Saxena has lodged against Khan (the SP leader faces 100 cases in all) over the years was the hate speech case, that eventually led to his recent conviction, and disqualification. Saxena talks about why he thinks even Muslims in Rampur are ready to side with the BJP. Excerpts:

You are fighting in Azam Khan’s bastion, to win a Muslim-dominated constituency. What are the chances of you winning?

First and foremost, Azam Khan is not contesting. There is a huge difference between the Azam Khan of three years ago, and that of today. Earlier, he was an accused, today he is a convict. This is the same Azam Khan at whose university a Quran was found lying on the floor, behind a wall. And this is a rare, hand-written Quran from 1730. Looking at all this, the Muslims here want to be with the government and elect an MLA who is above Hindu-Muslim politics, and talks about industrialization and business.

What are the key issues you are contesting on?

Rampur was once known as an industrial town. It was ranked second after Kanpur. There were more than 50 factories here in which one lakh people worked. But because of political reasons, these people (SP leaders) got them shut down. They snatched the pen and jobs from the hands of the youth and handed them rickshaws. The simple reason was that if the youth make money, they would use their minds and thus not rally behind them. Wherever we go, we tell people that we want to take Rampur back to its days of glory.

Why should Muslims vote for you?

The youth here does not want Hindu-Muslim politics. They want jobs, business. The youth here have just been used and they have realised the same. The youth now understands that their future is secure with the incumbent government.

Why and how are you wooing Pasmanda Muslims?

Rampur is a unique city. It is true that Pasmanda Muslims have faced injustice. But here even the Pathans, who are in a majority, have faced injustice. Because here every Muslim who has showered his love on Azam Khan has been considered a slave. But they now see their future in the Yogi Adityanath government. They feel they are secure with us and so they are joining us.

Amid all this wooing of Muslims, there are also statements by certain BJP leaders, which humiliate the community.

In Rampur, such politics does not happen. The kind of politics Azam Khan has played, no one has done it. He has always played the Hindu-Muslim card to divide people, used it on polling days and then abandoned them for the next five years. It is the misfortune of Rampur that they were first slaves of the nawabs and then became Azam Khan’s slaves. But this time we are going to breaks the chains of slavery and make the lotus bloom.

Many Muslim leaders, some from Azam Khan’s camp, have joined you. How is it going to impact the bypoll?

It will definitely impact the election. These people see their future secure in the BJP and are joining it. And we want to assure them that their, their children’s and this constituency’s future is with the BJP.

Traders in poll-bound Padampur call off bandh after talks