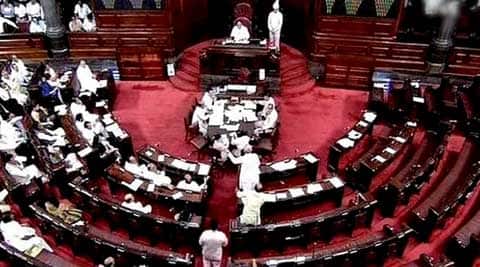 The bill will come into force after ratification by 50 per cent of the state legislatures. The process could take up to eight months. (Source: IE archive)

The Parliament on Thursday cleared a Constitution Amendment Bill that will facilitate setting up of a commission for appointment of judges, replacing the 20-year-old collegium system which has been under severe criticism.

A day after its was passed in the Lok Sabha, the Constitution Amendment Bill was cleared by the Rajya Sabha with 179 votes in favour and one abstention of noted lawyer Ram Jethmalani.

The bill will make way for the setting up of National Judicial Appointments Commission which will appoint and transfer judges to the Supreme Courts and the 24 High Courts.

The bill will come into force after ratification by 50 per cent of the state legislatures. The process could take up to eight months. After ratification, the government will send it to the President for his assent.

With the passage of the bill, the collegium system of judges choosing judges is set to be changed in the coming months.

The Constitution amendment bill will grant Constitutional status to the NJAC and its composition.

Under the statute amendment bill, Chief Justice of India will head the NJAC. Besides the CJI, the judiciary would be represented by two senior judges of the Supreme Court. Two eminent personalities and the Law Minister will be the other members of the proposed body.

The prominent persons, one of whom will belong to either of SC/ST, OBC, minorities or a woman, will be selected by a panel of Prime Minister, Chief Justice of India and the leader of the opposition in the Lok Sabha or the leader of the largest opposition party in the lower House.