Rahul Gandhi tweets that equality of religion is the foundation for India's peaceful and progressive future. 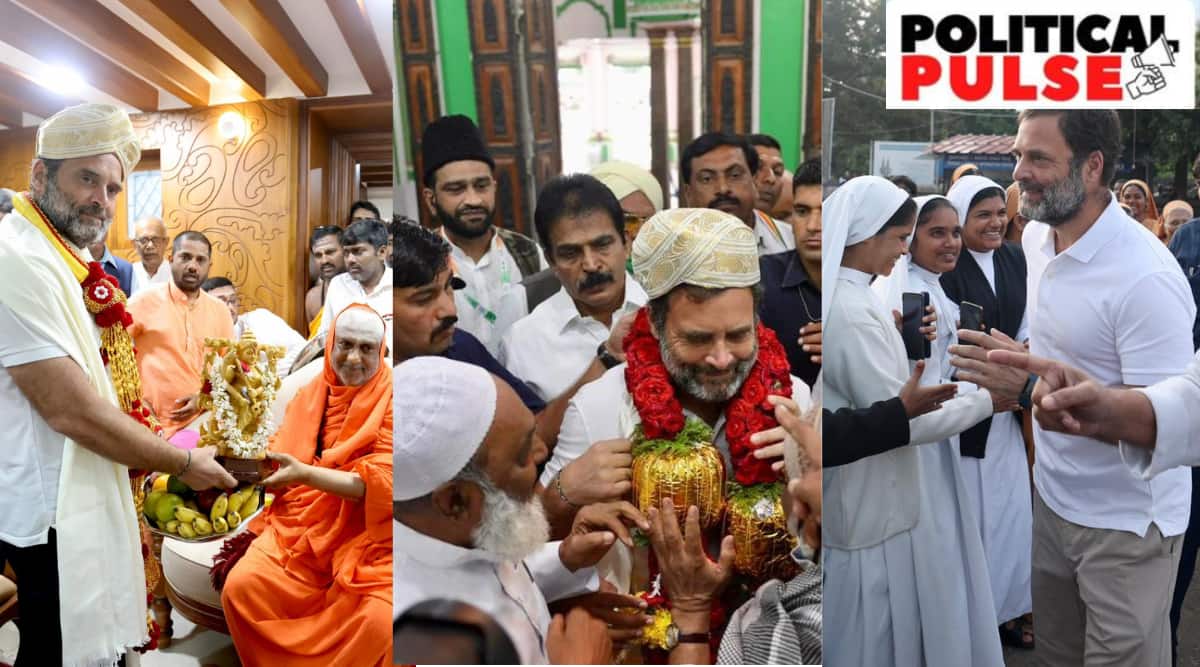 In the 12-km stretch from Mysuru to Srirangapatna in Mandya district, the Congress leader interacted with several people before taking a break around 11am.

Congress leader Rahul Gandhi reached out to members of Hindu, Muslim and Christian communities on day four of the Karnataka leg of his Bharat Jodo Yatra, which passed through the historic Mysuru city Monday.

“Equality of religion and religious harmony is the foundation for India’s peaceful and progressive future,” Rahul tweeted. The tweet contained a collage of pictures of his visits to the famous Chamundeshwari Temple atop the Chamundi Hills, Masjid-e-Azam and the St Philomena’s Cathedral. Prayers were offered at all three places of worship.

The march, which started around 6.30am, coincided with the annual Dasara festivities. In the 12-km stretch from Mysuru to Srirangapatna in Mandya district, the Congress leader interacted with several people before taking a break around 11am.

Following a break at Srirangapatna, the march moved towards Pandavapura, also in Mandya district. Photos released by the Congress showed Rahul interacting with artisans who weave baskets and other products with cane, sharing moments with supporters and also savouring sugarcane, the most widely cultivated crop in the district.

Though the second phase of the march starts at 4pm daily, it was advanced to 2pm as Congress president Sonia Gandhi arrived in Mysuru. She and senior Congress leader Mallikarjun Kharge will join the march when it resumes Thursday, after a two-day break.

Though Sonia and Rahul were scheduled to stay at a resort near Madikeri in Kodagu district, the plan was changed at the last minute after a helicopter could not ferry them owing to inclement weather. The two will now stay at a resort at Kabini.

(October 3 was the 26th day of the yatra, including the two-day break in Kerala)