Rahul Gandhi began his speech with a brief account of the Yatra and credited Mahatma Gandhi, a “Gujarati”, for having shown the way to the country. 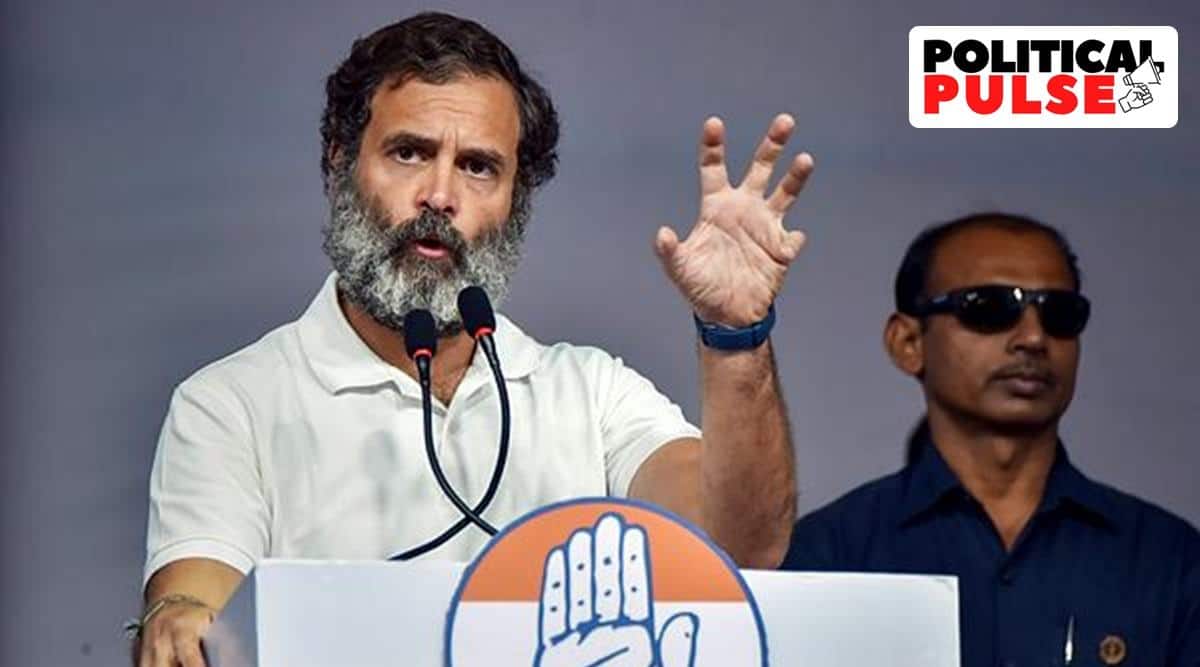 Choosing the tribal-dominated Mahuva reserved constituency to hit the Gujarat campaign trail, Congress leader Rahul Gandhi said Monday that his party stood for the rights of the Adivasis and treated them as the “first owners of the country” while the BJP called them Vanvasis and “snatched their land to give them to industrialists”.

He told a public rally that his family always had a “deep relationship with Adivasis”, and credited the late Indira Gandhi for teaching him that the Adivasis were the “first malik (owners) of this country”.

“Meaning, the country was taken from you. But there is another way of thinking. The people of BJP don’t call you Adivasi. What do they call you? Vanvasi. They don’t tell you that you are the first owners of Hindustan. They tell you that you live in the jungles, meaning they don’t wish that you live in cities, that your children become engineers, doctors, fly planes, speak in English.”

“And they don’t stop there… After that, they work to take away the forest from you. From today on, if their work progresses in 5-10 years, the entire forest will be in the hands of their 2-3 industrialist friends and you will have no place to stay, no education, no health, no employment,” he said.

He said these were the two “perspectives” that made the Congress different from the BJP.

He said the Congress brought in the PESA law (Panchayats (Extension to Scheduled Areas) Act), the land rights “revolutionary laws”, but the BJP government did not implement them.

“They weaken these laws and not apply them. This is the difference between them and us. We gave you MGNREGA, scholarships, land rights, they don’t give you.. they only take your land.”

“The decision is before you. On the one hand is the Congress, the Adivasi. On the other hand is the BJP, the Vanvasi. On the one hand is your land, your rights, education, health and employment. And on the other is sorrow, and all your dreams unfulfilled. We wish that your history, way of living, all be preserved,” Gandhi said, adding that Adivasis knew better than environment leaders about forest, land and water.

“The job of the leaders is to listen to you. Not in a plane, or a chopper, but by walking on foot. Listening to you is our job,” he said, referring to his Bharat Jodo Yatra.

He began his speech with a brief account of the Yatra and credited Mahatma Gandhi, a “Gujarati”, for having shown the way to the country.

This part of his speech was translated into Gujarati by former Gujarat Pradesh Congress Committee president Bharatsinh Solanki.

Gandhi said that the Yatra was all about love, but he felt sad when he spoke to farmers, youth and Adivasis.

“Farmers do not get the right price, they do not get insurance money, their debts are not waived, youths are jobless, dreams are shattered. Someone wanted to be an engineer, the parents worked hard to earn and educate him, and today they are labourers,” he said.