Rahul Gandhi is walking, but is he covering the needed distance?

There is no doubt he is getting the crowds, but as Bharat Jodo Yatra skirts Gujarat, Himachal, how will a win or loss play out for the Congress leader? 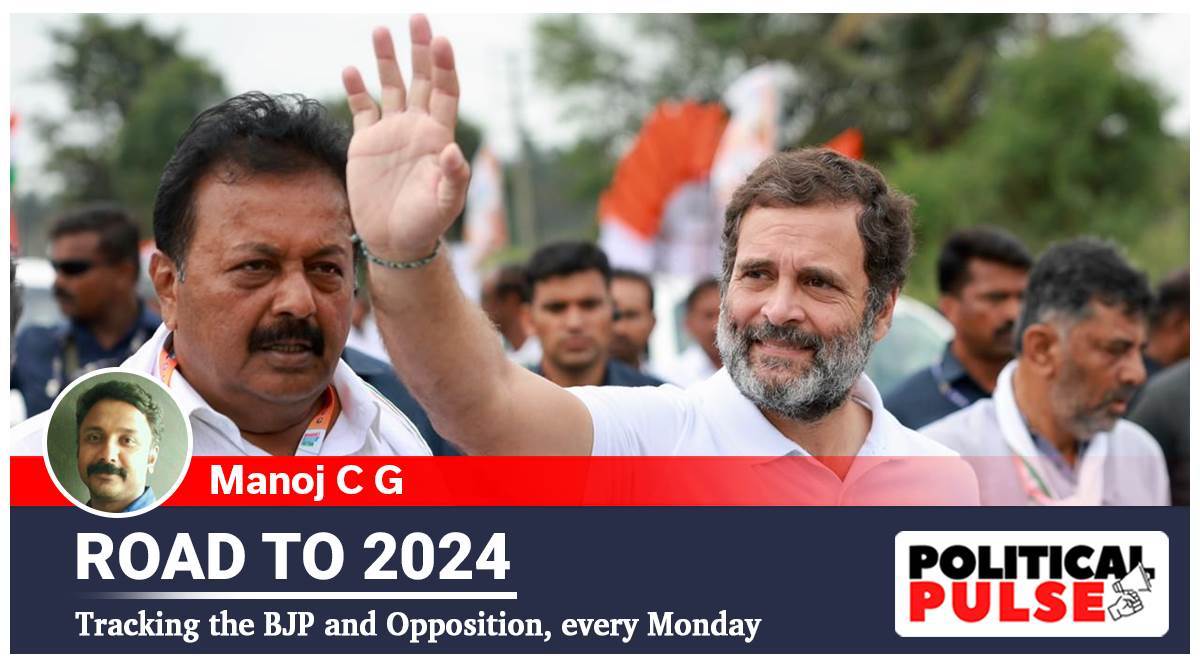 The yatra, now in Karnataka after passing through Kerala, has drawn much media attention and seen encouraging crowd participation from the Congress's point of view.

The Congress’s entire organisational machinery and communication apparatus is working overtime to make Rahul Gandhi’s Bharat Jodo Yatra a success. After all, the cross-country march is the party’s biggest national-level mass mobilisation in decades and is an ambitious exercise to rebrand Rahul ahead of the high-stake duel with Narendra Modi for the 2024 Lok Sabha challenge.

The yatra, now in Karnataka after passing through Kerala, has drawn much media attention and seen encouraging crowd participation from the Congress’s point of view. Rahul’s assured public speaking and interactions with audiences – not to forget the three press meetings – are well supported by the party’s sharp social media campaigns and messaging. Congress leaders of all hues have pronounced the yatra a roaring success.

But how do you measure success in an electoral democracy?

The yatra and its key slogans — the need to unite India against hate and division, the “failure” of the Modi government on the employment front and its “inability” to contain rising prices — will be put to test in two months’ time in Gujarat, the Prime Minister’s home state, and in Himachal Pradesh, the BJP president’s turf. And inexplicably, the Congress seems to be missing in action in both the states.

Modi is in Gujarat on a three-day tour laying foundation stones and inaugurating projects running into thousands of crores. He was in Himachal Pradesh last week and will be travelling to the state again later this week to unveil developmental projects – the last-minute dash before the Election Commission announces the schedule for Assembly elections. Arvind Kejriwal has made several trips to Gujarat and is aggressively taking on the BJP.

The Congress had appointed Rajasthan Chief Minister Ashok Gehlot as a senior observer for Gujarat. He visited the state for three days in August and was by Rahul’s side in Ahmedabad in the first week of September when the former Congress president announced a slew of promises, including free power, farm loan waiver, 10 lakh new jobs and compensation to Covid-hit families if the party comes to power.

Rahul then proceeded to Kanyakumari to begin the yatra and Gehlot to an unexpected trajectory of power politics. Gehlot is so caught up now in his own game that no one is sure whether he would continue as the observer for Gujarat. The Himachal Congress, on the other hand, has seen some high-profile exits and resentment is said to be brewing against AICC in-charge Rajeev Shukla.

And what about Rahul’s silence on the flogging incident in Kheda, Gujarat, where Muslims were beaten up by men believed to be police personnel for allegedly pelting stones at a garba? The Bharat Jodo Yatra, as its name suggests, is to unite the country – against hate and division. Then why was the Congress silent on the Kheda incident? Rahul, much like Kejriwal, perhaps believes that remaining indifferent to such incidents may be politically prudent in view of the Assembly elections, even while he waxes eloquent against the politics of anger, hate and division.

Congress managers would say questioning Rahul’s silence was needless nitpicking since the avowed message of the yatra is against politics of communal polarisation.

Meanwhile, as the process for the Congress presidential election ambles along, the question is will the new appointee shed the safe play approach of the party mandarins? Both Mallikarjun Kharge and Shashi Tharoor are very vocal against the BJP and forthright on issues of hate and division.

The Congress also seems reluctant to rally the Opposition parties against the Election Commission’s proposal to get political parties to disclose how they plan to finance the promises made in their election manifestos and spell out how the promises would impact the financial situation of the state governments or Central government. Almost all major parties including the Congress have opposed the move. But there is no coordinated strategy to stand up to the EC. Nor is there any bid to rally forces over a perceived push for Hindi, which has ruffled many regional forces outside the Hindi belt, where Rahul is currently passing through.

The Congress perhaps is in a wait and watch mode. Party managers say joint Opposition exercises or efforts to unite the secular democratic parties will resume after the Congress presidential election.