Delhi Chief Minister Arvind Kejriwal compared the imposition of President's rule in Arunachal Pradesh to an Emergency like condition. 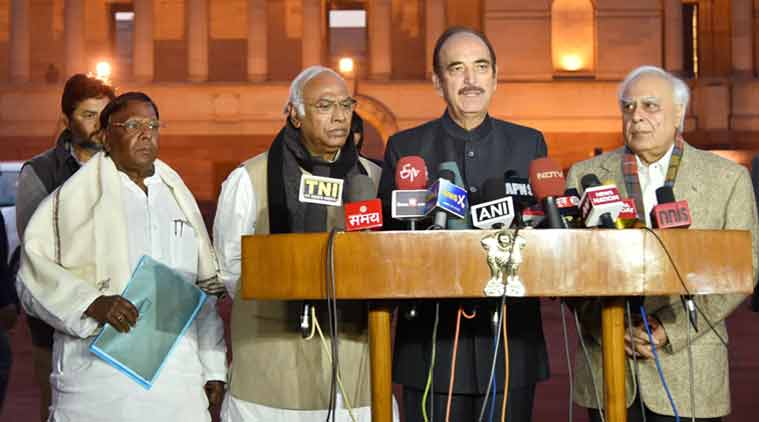 Congress, JD-U and AAP today attacked imposition of President’s rule in Arunachal Pradesh as “murder” of democracy and federalism and accused the BJP-led government at the Centre of “insulting” the highest court of the country that is right now hearing the matter.

BJP, however, defended the decision saying it needs to be seen from multiple perspectives and is as per Constitutional mandate and in turn accused the Congress of politicising the issue.

“This is murder of democracy…The matter is sub-judice and government has acted in haste. It is a clear-cut insult to the highest court of the land. Democracy has been murdered,” Congress spokesperson Tom Vadakkan said.

Delhi Chief Minister Arvind Kejriwal compared the imposition of President’s rule to an Emergency like condition. “Prez rule in Arunachal Advaniji was right in saying that there are Emergency-like conditions in the country,” he tweeted.

Attacking the decision, outgoing Arunachal chief minister Nabam Tuki said they will approach the court as matter is sub-judice. He also claimed that there is no law and order situation in the state, which is peaceful, and claimed Congress had 31 out of 44 MLAs, with BJP having only 11, besides two independents.

“Rules have not been followed in Arunachal. Decision taken by the government is unconstitutional…We will approach the Supreme Court about the decision. Today is a historic day when every citizen is celebrating Republic Day and such a decision by the Union Cabinet is enforced on this day.