#Politics | Hero or religious bigot? Contested legacy of Tipu Sultan in focus on his birth anniversary

From Asaduddin Owaisi to Chandrasekhar Aazad, political leaders paid tribute to Tipu Sultan, whom the BJP has criticised as “anti-Hindu and anti-Kannada”, on Sunday. 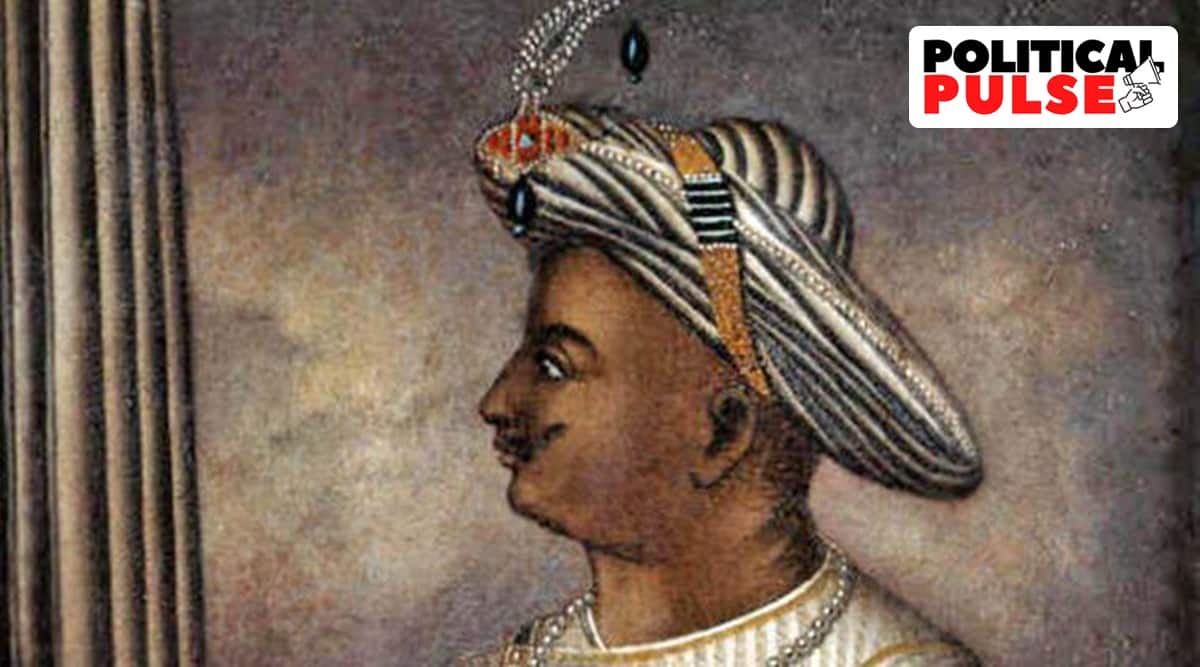 The birth anniversary of Tipu Sultan was observed on Sunday, with some political leaders calling him India’s “first freedom fighter” and “one of our greatest heroes”. (File)

The birth anniversary of Tipu Sultan was observed on Sunday, with some political leaders calling him India’s “first freedom fighter” and “one of our greatest heroes”. In the run-up to Tipu Jayanti, the BJP called the 17th-century Mysuru ruler a “religious bigot, anti-Hindu and anti-Kannada”.

Activist and educationist Shaikh Sadeque of the Tipu Sultan Party, which is headquartered in Maharashtra, called Sultan the “first freedom fighter of India”. The official account of the registered party said, “Tipu Sultan, one of our greatest heroes, his mausoleum still attracts millions of fans and admirers, both Hindus and Muslims. #TipuSultanIndiasHero.”

The Puducherry wing of the CPI(M) tweeted, “Tipu Sultan, the Tiger of Mysore, was born on November 20, 1750, 272 years ago. He was the subcontinent’s first freedom fighter. He gave his life in the fight against the British empire. He was the only Indian ruler who recognised the British threat to India.”

The days leading up to the birth anniversary of Tipu, who has been a polarising figure under the current BJP dispensation, were marked by contestations over his legacy. On November 14, Karnataka Congress MLA Tanveer Sait proposed to install a 100-feet statue of Tipu Sultan at Srirangapatna in Karnataka’s Mandya district, saying Sultan “represents the true history of the region”. He accused the BJP of distorting history associated with the ruler. This came a day after PM Modi inaugurated the Kempegowda statue in Bengaluru. JD(S) state president CM Ibrahim responded that there was no culture of setting up statues among Muslims.

Speaking to reporters, Ibrahim asked whether there was any statue of a Muslim leader in India. “We can have his name, but not his statue,” he said.

While Congress leader Siddaramaiah supported the move, state minister and BJP leader CN Ashwath Narayan said that “such a thing can never happen in Karnataka”.

Union Minister Pralhad Joshi, calling it part of appeasement politics, said the BJP’s opinion was clear that Tipu was a “religious bigot, anti-Hindu and anti-Kannada”. He added that the government will respond to such a move at the appropriate time.

On November 10, the AIMIM and the Samata Sainik Dal obtained permission from the BJP-ruled Hubballi-Dharwad Municipal Corporation (HDMC) to conduct Tipu Jayanti celebrations at Hubballi’s Idgah ground. The decision was taken in a meeting attended by all stakeholders and members and the chairperson of the civic body’s standing committee.

AIMIM Dharwad district joint secretary Vijay M Guntral told The Indian Express, “We are requesting them legally to allow us to celebrate Tipu Jayanti who fought against the British and is a warrior we need to be proud of,” he added.

But several right-wing outfits opposed the decision and claimed Tipu Sultan killed people, including Hindus, and was against the Kannada language.

The maidan was embroiled in a decades-long battle over its ownership. Earlier this year, a court ordered that the property belongs to the corporation. The maidan was recently at the centre of a controversy over the celebration of Ganesh Utsav.