The move came a day after its ally, the Shiromani Akali Dal, warned the Centre that “fringe elements” were hurting its credibility with “irresponsible utterances”. 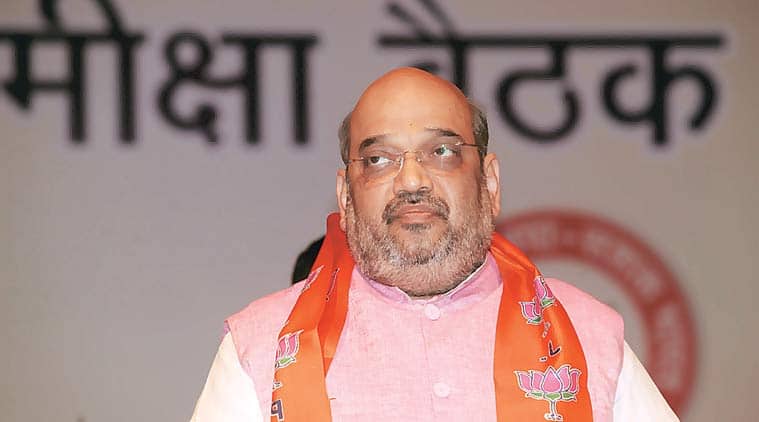 Under fire from its allies and the Opposition — and nervous over reports that the party is losing the edge in Bihar — the BJP on Sunday “reprimanded” some of its top leaders for their controversial remarks on the Dadri lynching and cow slaughter. The move came a day after its ally, the Shiromani Akali Dal, warned the Centre that “fringe elements” were hurting its credibility with “irresponsible utterances”.

According to party sources, Prime Minister Narendra Modi expressed his disapproval over the statements and conveyed his displeasure to Shah. He is learnt to have directed Shah to issue a strict warning against such remarks.

Sources said Modi was “upset” because these statements had hurt the BJP’s agenda in Bihar and adversely affected his attempts to bring in foreign investment. The party believes that such remarks served to vitiate Modi’s message of poverty alleviation and job creation.

“The state government should have been in the line of fire (over the Dadri incident). But the public statements of our over enthusiastic leaders have put the BJP on the defensive,” said a party leader. Such statements have provided ammunition to the opposition to attack the PM and the party, he said.

“The message was not just for those who were present in the meeting. It was also a warning for those who are prone to making controversial statements,” said a party leader.

“Because of such irresponsible statements, the government and the party are getting embarrassed before the international community. It is affecting the investment atmosphere adversely,” Shah is learnt to have said at the meeting on Sunday which lasted for almost 80 minutes.

Sources said Shah told them in very “strong language” that by talking “irresponsibly” on the Dadri killing and cow slaughter, they had not just adversely affected Modi’s positive messages, but had also unnecessarily exposed the BJP to attack.

The five leaders have been in the news for their provocative statements after the lynching of a villager in Dadri following rumours that he consumed beef.

In an interview to The Indian Express, Khattar had said, “Muslims can live here, but in this country, they will have to stop eating beef.” While Sharma had termed the Dadri killing as an “accident”, Som had alleged that the police were framing innocent people.

Their remarks are being seen to have acted as a dampener on the party’s chances in the high-voltage Bihar poll battle. While the BJP was believed to have an edge before polling began, there are reports that it may have lost some ground. Sources said Modi wanted to send across the message of development to the youth in Bihar, but the remarks by his senior party leaders on cow slaughter played spoilsport.

They said Shah was upset that in the process the SP government in Uttar Pradesh had been let off the hook. In fact, the SP joined others in attacking the BJP.

Amid the statements of BJP leaders in the aftermath of the Dadri killing, many prominent writers also returned their awards to register their protest.