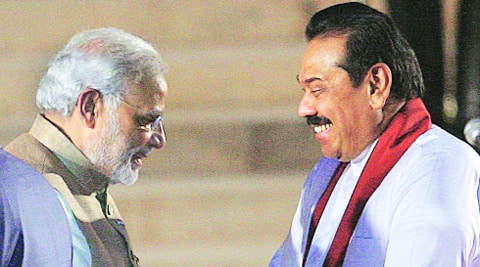 Prime Minister Narendra Modi, it appears, has taken a call to hold his diplomatic conversations in Hindi, with interpreters being deployed in almost all his meetings, including those where the dignitary on the other side speaks in English.

While Modi is quite conversant in English given that many New Delhi-based diplomats have met him and never found language to be an impediment, sources said he seems to have decided to stick to the national language in his interactions. That he is reasonably comfortable with the English language is clear by the fact that interpreters are not required to translate from English to Hindi.

For instance, Sri Lankan President Mahinda Rajapaksa spoke in English during his bilateral meeting with Modi and at no stage did the PM require the interpreter’s assistance to understand what the Lankan President was saying. However, his responses were always in Hindi for which the services of the interpreter were used. In fact, he followed the same protocol with the Special Envoy of the Sultan of Oman, who spoke in English.

But with those who spoke Hindi or Urdu, the interpreter was not required, like the one-on-one with Pakistan Prime Minister Nawaz Sharif. In fact, Afghanistan President Hamid Karzai, who has studied in India, also spoke in Urdu with some Hindi words and so a translator was not needed.

In many ways, Modi may have followed in the footsteps of Atal Bihari Vajpayee, the last BJP Prime Minister, who would make it a point to speak in Hindi during bilateral meetings with those who spoke in their national language. But to those who spoke in English, Vajpayee would also speak in English, with the odd assistance required if the accent of the foreign interlocutor was difficult to pick. Here too, his staff would come to his aid and interpreters were not needed.

On this score, his meetings with Russian leaders are best remembered. There would be two interpreters and the one on the Russian side would usually be more than perfect in his translation to Hindi with such proper usage that many on the Indian side would be stumped. Then the Indian interpreter would separately translate Vajpayee’s message into Russian. As External Affairs Minister in the Janata Party government, he spoke in Hindi at the UN.

While it’s not clear yet, External Affairs Minister Sushma Swaraj is considering following the Vajpayee model. So far, all her meetings have been in English but she is planning to take a call ahead of the Chinese Foreign Minister’s visit starting Sunday.

Among former PMs, Chandrashekhar would want to give his speeches in Hindi but did manage with English during bilateral meetings. But if this trend continues, Modi will clearly be the first Indian PM who would have chosen to speak in Hindi at all times, much closer to what leaders of countries like Russia and China have followed. 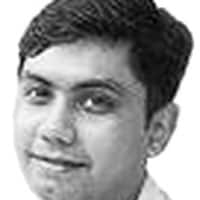