He claimed that ruling coalition had worked in close coordination. 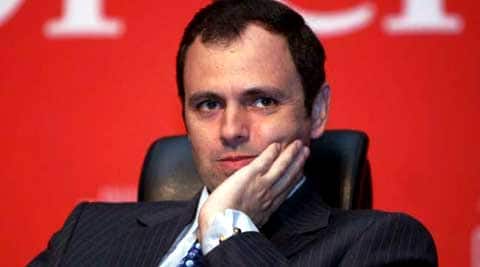 In an apparent attack on opposition PDP, Omar said that while it was creating a din over democratic institutions and methods, the party was itself engaged in disrespecting the same.

Jammu and Kashmir has witnessed a 71 per cent drop in militancy so far in the five years of the National Conference-led government in the state, Chief Minister Omar Abdullah said Monday.

“Militancy has declined by 71 per cent in the last five years… No collateral damage has occurred in the anti- militancy operations by security forces,” Omar told the Legislative Council.

Responding to discussions on the Motion of Thanks for the governor for his address to the Joint Session of J-K Legislature, Omar claimed there has been a significant improvement in the security scenario while human rights violations have come down to almost zero.

Lauding security forces for showing restraint in challenging situations, Omar referred to the militant attacks on an Army convoy and on the BSF at Bemina and said that these incidents were examples of troops not resorting to indiscriminate firing to save the lives of innocent civilians.

Meanwhile, although Omar praised the Army for instituting an inquiry into the alleged Machil fake encounter, he expressed dismay over its decision to close the Pathribal fake encounter probe.

When it is established that innocent civilians have been killed, it is necessary to identify the culprits, he said, adding, “If the culprits are not those towards whom fingers are being pointed, then we have to find out who the real offenders are”.

He said he had taken the matter up with the Prime Minister.

He, meanwhile, gave full credit to the people of J-K for the gradual return of peace in the state.

He said that sustained efforts by the government in the above regard, aided by the wholehearted support and commitment of the people, had yielded fruit.

“Conspiracies were hatched to disturb the law and order situation in the state and create hurdles in the delivery of governance, but the people of J-K defeated those behind such attempts,” he said.

He rejected allegations in some quarters that the current peace in the state was deceptive and achieved by force.

“They want to carry on with false propaganda, as if the government has filled jails and pressurised people into staying peaceful,” he said.

“It is the desire and the will of the people to live in peace and create a conducive atmosphere for the same,” he said, adding that only 2,396 persons, mostly criminals, were in the prisons in the state. Thirty-five persons have been arrested under the Public Safety Act (PSA).

In an apparent attack on opposition PDP, Omar said that while it was creating a din over democratic institutions and methods, the party was itself engaged in disrespecting the same.

“Those who talk of institutions and democracy are seen disrupting the governor’s address, breaking furniture and climbing on to tables in the House,” he said.

“How can you give lessons on democracy when you yourself indulge in the practice of defaming these,” he said without, however, taking any names.

He claimed that the ruling coalition had worked in close coordination and there was never any disagreement between NC and Congress at Cabinet meetings, unlike when the opposition PDP had led a coalition government.

He referred to the path-breaking decisions of the ruling coalition, including implementation of the Public Services Guarantee Act, Right to Information Act, re-constitution of Accountability Commission and holding of panchayat polls, etc.

Some 80 services under 13 departments have been brought within the ambit of PSGA, making their delivery time-bound, Omar said, adding that any official found responsible for either delaying or denying services was liable to be fined.