For the Congress’s MVA allies, projecting a united front crucial to their chances in Lok Sabha and Assembly polls. 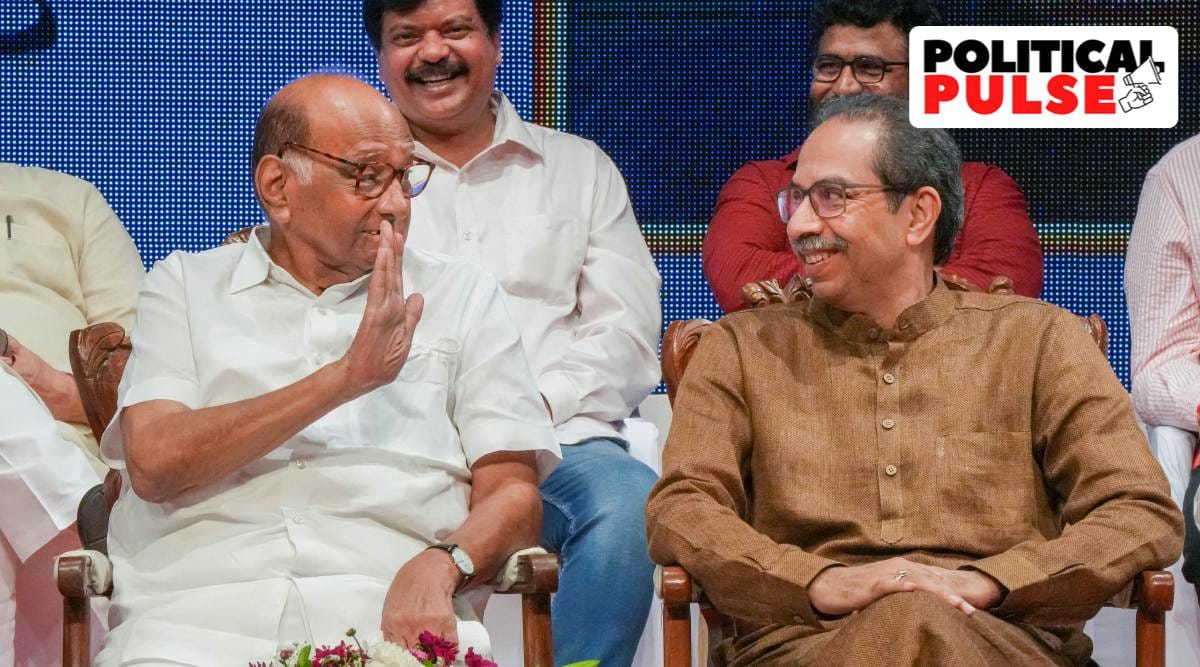 After the Congress’s Bharat Jodo Yatra enters Maharashtra on November 7, Nationalist Congress Party (NCP) leader Sharad Pawar and former Chief Minister Uddhav Thackeray will also be among those who will participate in the march. The decision of the Congress’s Maha Vikas Aghadi (MVA) allies is linked to the coalition’s attempts to consolidate their position in state politics and project a united front at a time they are out of power and are facing crucial polls in the next couple of years, including the general and Assembly elections in 2024.

Asked about his decision, Pawar said, “We admit that the Bharat Jodo Yatra is a programme undertaken by the Congress. It is an initiative to work to restore social harmony in society. It is a good move. Although we belong to a different party, some of us will join wherever possible.”

A senior leader of the Uddhav-led Shiv Sena said on the condition of anonymity, “After the split within the Shiv Sena, we have taken a huge beating. Of our 55 MLAs, 40 defected to the Eknath Shinde camp. In the Lok Sabha, out of 18 MPs, 12 joined the Shinde camp. So, regaining our lost ground is a challenge.”

The yatra will enter Maharashtra in the district of Nanded on November 7 and will also travel through the districts of Hingoli, Washim, and Buldhana over the following fortnight, covering a stretch of 382 km. There are two rallies scheduled, one in Nanded and another in Shegaon, Buldhana.

Among those who will walk in the yatra are Baramati MP and Pawar’s daughter Supriya Sule and Thackeray’s son Aaditya. The Congress’s MVA allies announced their decision to throw their weight behind the yatra after senior Congress leaders Balasaheb Thorat and Ashok Chavan met and requested Pawar to join the yatra. Both of them also issued an appeal to Thackeray. Said Thorat, “Bharat Jodo Yatra has a larger national agenda of restoring social and communal harmony in India.” Congress leaders confirmed that Pawar and Thackeray would meet Gandhi but they are not sure if the two will walk in the yatra.

Though Pawar is known for his pragmatic politics — in the recent Mumbai Cricket Association (MCA) elections, he backed a consensus candidate who is close to Deputy Chief Minister Devendra Fadnavis — he has always strived to form an Opposition grouping in the state and in national politics to counter the BJP. In the run-up to the 2019 Lok Sabha polls, the veteran leader played important role in getting the Opposition together for the “Save Constitution, Save Democracy” rally held in Delhi. When three controversial agricultural laws were pushed through Parliament, Pawar took the lead in getting all like-minded parties together to oppose the laws.

The BJP’s political manoeuvring split the Shiv Sena, weakened former ally Uddhav Thackeray, and put the MVA out of power. Now, the NCP sees strengthening the alliance as the only way it can stay in contention in Maharashtra and the Bharat Jodo Yatra provides the alliance to reinforce their ties. But, the NCP does not expect the run-up to 2024 to be smooth sailing, even within the alliance.

A former NCP minister said, “When it comes to power-sharing, seasoned leaders find a way out. The MVA government was a reality. Despite inbuilt conflicts, it survived. Yet, the seat-sharing exercise for the BMC (Brihanmumbai Municipal Corporation), state Assembly, and Lok Sabha elections will be tough.”

For the Assembly elections, NCP insiders said, the party had set itself a target of 90 to 100 seats. It means that the party cannot settle for less than 100 seats, leaving about 180 seats for the Congress and the Thackeray-led Sena. A Congress leader said, “We will emphasise equal share. But some give and take based on the ground reality will be acceptable to one and all.”