Narendra Modi government’s Kashi Tamil Sangamam: Why it is a winner in Tamil Nadu

“Going to Kashi” has always held resonance in the state; with the physical distance to Varanasi in old times adding to the journey's spiritual aura 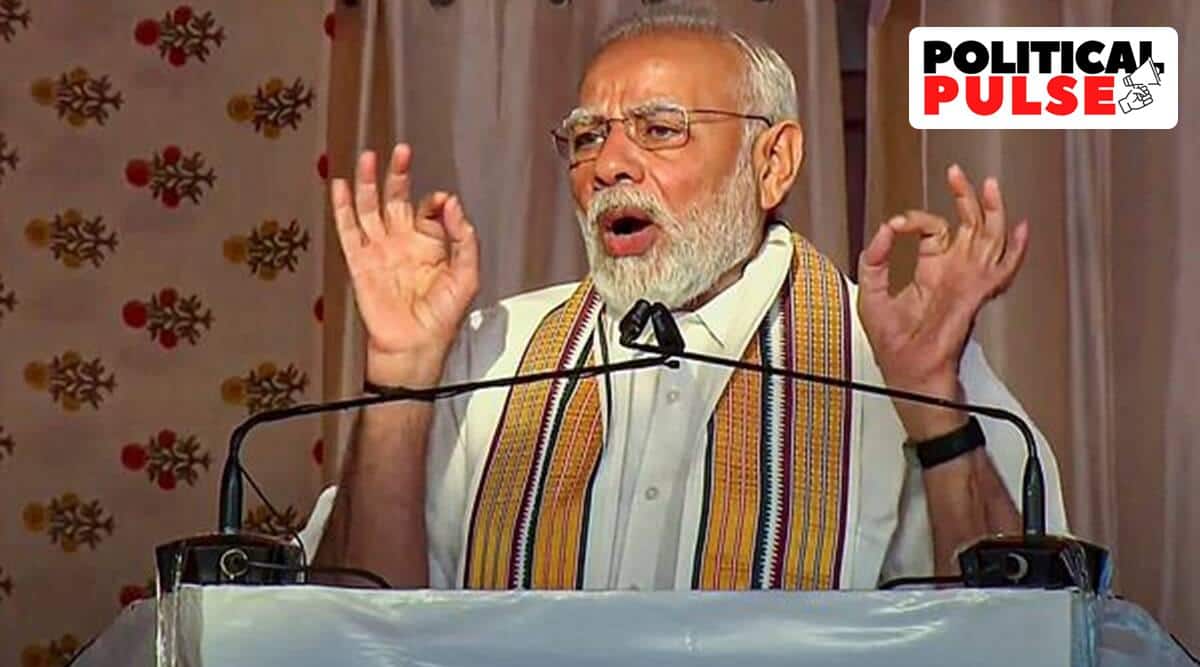 Inaugurating the Kashi Tamil Sangamam, Prime Minister Modi made a reference to this, calling Kashi and Tamil Nadu as timeless centres of culture and civilisation. (File)

Parties in Tamil Nadu are silent over the Narendra Modi government’s celebration of age-old links between Tamil Nadu and Varanasi via the month-long ‘Kashi Tamil Sangamam’, barring a few voices of protest. This may be because of the realisation that the Centre – otherwise, an easy-to-revile entity in the state – has tapped into something with resonance for the state’s Hindus.

“Going to Kashi” is a spiritual – if not physical — goal for many Tamil Hindus. In old times, the distance to the Uttar Pradesh city added to its aura, with the journey seen as not only about getting there – as per folklore, the bandits of Chambal were just one of the many hurdles — but also entry into the last, selfless phase of one’s life, or vanvas.

It’s no coincidence that the two holiest places to take a dip to “wash off sins” were considered to be Kashi and Rameshwaram in Tamil Nadu.

Inaugurating the Kashi Tamil Sangamam, which was attended by some 2,000 students from Tamil Nadu whose trip to Varanasi was arranged by the Central government, Prime Minister Modi made a reference to this, calling Kashi and Tamil Nadu as timeless centres of culture and civilisation, and Sanskrit and Tamil among the world’s most ancient languages – days after fresh claims by the state government of the Centre trying to “impose” Hindi nationally.

“In Kashi, we have Baba Vishwanath, while in Tamil Nadu we have the blessings of Lord Rameshwaram. Both Kashi and Tamil Nadu are immersed in Shiva,” Modi said in his speech.

Even Periyar, a Tamil social reformer and rationalist, and Bharathiyar, a revered Tamil nationalist poet, took the Kashi plunge at some point in their lives.

Periyar was just a young boy when he fled home to Kashi. In the latter part of his life, Bharathiyar too found Kashi.

Rahul Eswar, a prominent right-wing social media voice, wrote in 2020 about Periyar’s Kashi trip. “What did Periyar experience in the 1904 Kashi Trip? Discrimination from our Brahmin Community. That made him the anti-Hindu he was. If we introspect and reform, we can prevent the (birth of) future anti-Hindus…” he wrote.

K Chandru, a former Madras High Court who has studied the works of both Periyar and Bharathiyar, says: “If you truthfully look at it, the event is Kashi Hindu Sangamam, not Tamil Sangamam. There is nothing particularly noteworthy about the use of Tamil in Kashi.”

However, he acknowledges the appeal Kashi holds for the state. “Periyar recalled in one of his writings how difficult it was for him to survive in Kashi without any warm clothing. He was unable to tolerate the cold weather, so he stepped onto a verandah, where a sadhu immediately wrapped a saffron shawl around him. Soon after, Periyar wrote, people started touching his feet and worshipping him as a god. Periyar used these anecdotes to talk about certain superficial aspects of Hindu belief,” Chandru says.

There is also evidence of trade links between the southern state and Kashi going back to 6th Century AD, with a small but significant population of Tamils settled in Varanasi, PM Modi’s parliamentary constituency that has been a particular focus in his government’s Hindutva agenda.

Most of the Tamils settled in Varanasi belong to the influential Nattukottai Chettiar trading community, who own a number of inns, hotels and other businesses in Kashi. Some of them also hold the rights to perform pujas at temples and are entitled to receive certain temple honours, hence enjoying clout far beyond their numerical strength. Local BJP leaders estimate that about 250 families of Tamil origin are settled in Varanasi.

While the DMK and most Opposition parties in Tamil Nadu have chosen to avoid comments on the Kashi Tamil Sangamam, recently the Tamil Nadu committee of the CPI(M), an ally of the DMK-led ruling coalition, issued a statement demanding that the state government and the Education Department take necessary steps to “prevent such events inspired by RSS ideology”.

A senior BJP leader of the state admits they were in the dark about the event that was conceptualised by Delhi. However, he says, there is no doubt it is a winner in the state, with its strong regional nationalism, where the BJP’s first roadblock has been fighting a non-Tamil image.

Plus, as the leader says, “While Kashi is known to Tamil Hindu devotees, and no one needs to teach them about it, there is a good number of Tamil people in Varanasi, and that matters a lot to us.”