One major factor, now missing, in the win of Nand Lal from Rampur (SC) seat had been blessings of Virbhadra Singh. The royal's death has left BJP hopeful 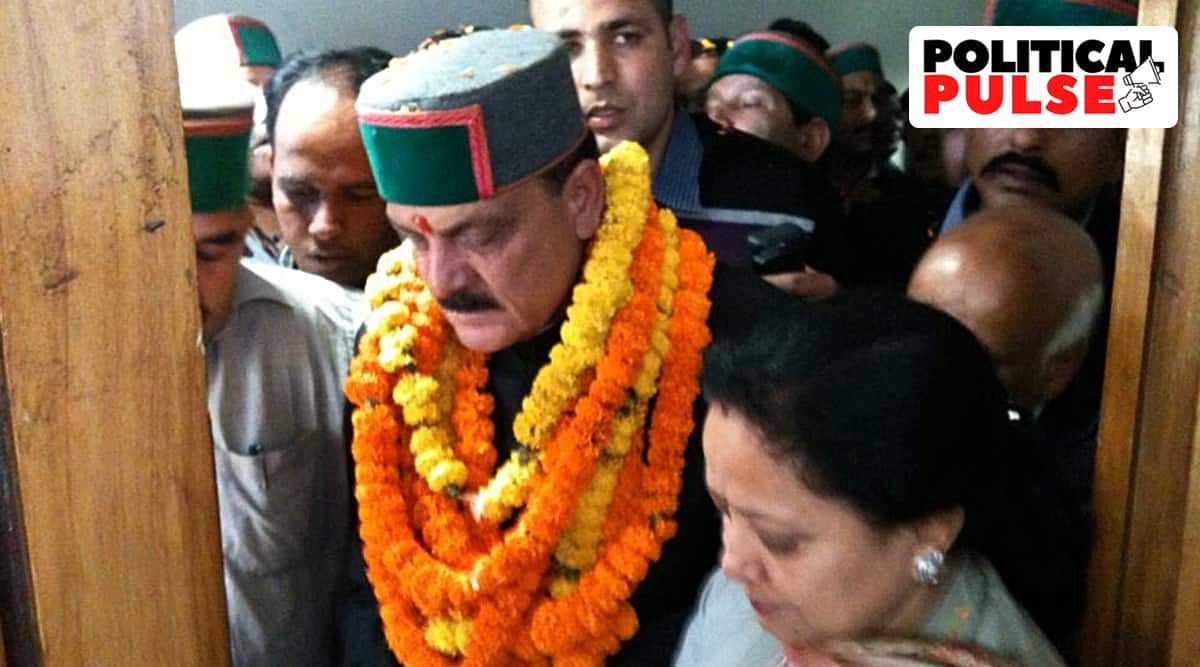 This election will be the first time Nand Lal will be contesting without the shield of Virbhadra Singh, who died last year. (Express photo)

The fight for the Rampur (SC) seat in Shimla district is shaping up to a photo finish. The Congress nominee from this seat is its sitting MLA, who has been the winner for the past three elections. The one-time commando, who was deputed to the security detail of former Congress president Sonia Gandhi, Nand Lal will face off against debutant Kaul Negi, 34, of the BJP.

Also in Political Pulse |Himachal polls: A look at Congress CM contenders or, as BJP says, its problem of plenty

Rampur has been a Congress stronghold for 40 years, as Padam Palace, the residence of former CM Virbhadra Singh, is located here. It is due to the influence of the heir to the erstwhile princely state of Bushahr that the Congress hasn’t lost the seat since 1982.

It used to be said that all that was needed for a Congress nominee to win this seat was one day of campaigning by the “Raja Sahib”. Earlier, former minister Singhi Ram won six times, from 1982 to 2007. Nand Lal is believed to have been transported to the seat by the Congress high command. He soon won Virbhadra’s favour.

This election will be the first time Nand Lal will be contesting without the shield of Virbhadra Singh, who died last year. Neither Virbhadra’s wife nor his son (state Congress president Pratibha Singh, and MLA contestant Vikramaditya Singh) have come to rally support for him.

The local Congress unit had planned two big rallies by Vikramaditya on November 4, at Jeori and Nankhari, but these had to be scaled down. Same with Pratibha.

Another factor that may go against Nand Lal are Congress rebels and former MLAs Singhi Ram and Brij Lal who are campaigning for the BJP’s Negi.

Nand Lal said while Virbhadra Singh’s void was difficult to fill, he was hopeful because of others campaigning for him. “We are going to win this seat again,” he said, optimistically.

Brij Lal, who was only last week inducted into the state BJP executive, said local youth were behind Negi, under whose presidency the ABVP had won the student union at the local Rampur college. He said people no longer listened to “Rani (Pratibha Singh)” and “Tikka (Vikrmaditya Singh)”.

Speaking about why he expected BJP to wrest this seat this year, Brij Lal claimed the constituency has 6-7 thousand voters who are followers of spiritual guru and Uttarakhand BJP leader Satpal Maharaj, who addressed a rally here on November 9. CM Jai Ram Thakur also addressed a rally in his support today.