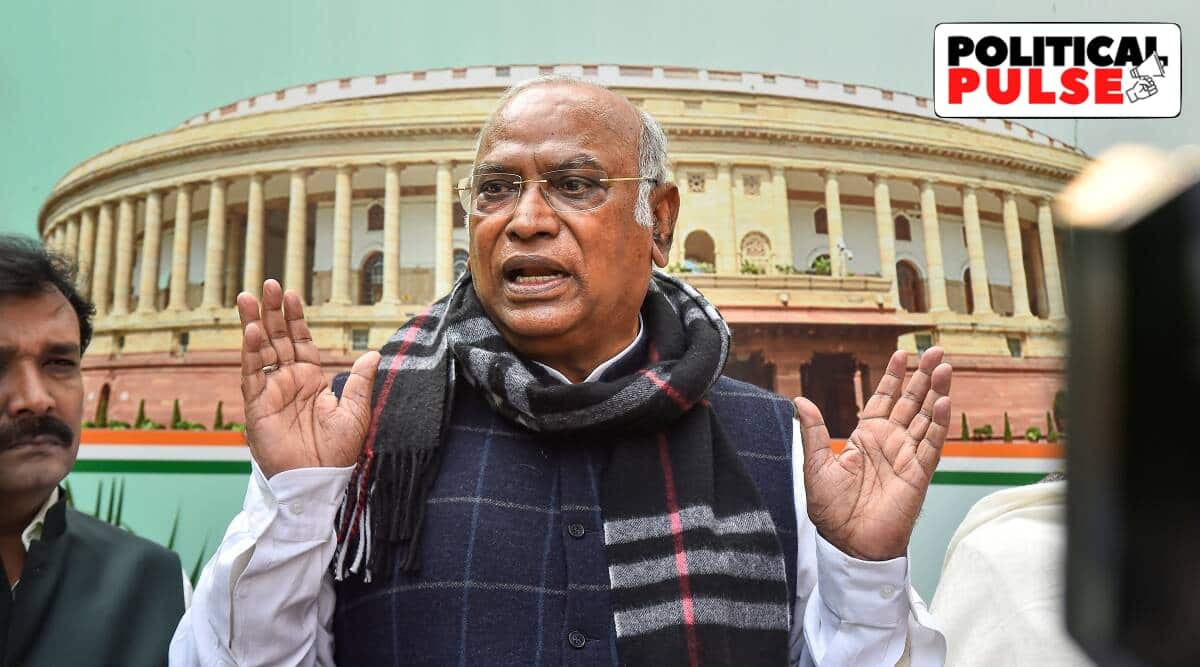 The devout assign a role to destiny in the rise and fall of leaders. Others say it is a combination of various factors — timing, circumstances, diplomacy and craft – apart from, of course, machinations and intrigue. Who else would know it better than Mallikarjun Kharge, the man who lost out in the race for Karnataka Chief Ministership thrice and is now all set to helm the Congress.

The stab of those lost shots at being CM – in 1999, 2004 and 2013 – are known to still hurt the 80-year-old veteran who, despite being a staunch loyalist of the Gandhi family, lost out, respectively, to S M Krishna, his close friend Dharam Singh and Siddaramaiah.

In Premium Now |Shashi Tharoor: ‘I don’t think everyone who voted BJP in 2014, 2019 is a diehard Hindutvawadi; we need to bring them back’

But the former student leader, ex-president of the Gulbarga City Congress and nine-time MLA, never lost hope, never rebelling. One of the most prominent Dalit faces of the Congress, belonging to a state where the party continues to have some hold, he had to be content with the occasional reward like leader of the party in the Lok Sabha and now Rajya Sabha.

But now, the final prize is set to fall into Kharge’s lap, with the Gandhi family’s blessing seen to be on his side for the post of national president — although the outcome would be formally known only on October 19 since there is a contest between him and Lok Sabha MP Shashi Tharoor.

If he wins, Kharge, who is fluent in Hindi, will become the sixth leader from the South to become the Congress president post- Independence. The others being B Pattabhi Sitaramayya, N Sanjiva Reddy, K Kamaraj, S Nijalingappa and P V Narasimha Rao. More importantly, he will be the first person outside the Gandhi family to helm the party in two-and-a-half decades.

Kharge brings to the post a long stint in state politics from the time he was appointed president of the city Congress of his hometown Gulbarga in 1969. He entered electoral politics in 1972 when he contested in the Assembly elections for the first time. He won and repeated the feat eight times. He became a minister for the first time in 1976 in the Devaraj Urs government.

The only time Kharge showed a rebel streak was in the late 1970s when Urs left the party and floated the Congress (U) after a showdown with Indira Gandhi. Kharge went with Urs but returned to the Congress after the 1980 Lok Sabha elections following the rout of the Urs Congress in Karnataka. His party could not win a single seat.

Advertisement
Read |Ashok Gehlot ‘out’ of Cong president poll, question before high command: how ‘in’ should it be

The veteran was then drafted into the Manmohan Singh Cabinet, first as Labour Minister and then given the portfolio of Railways and Social Justice and Empowerment.

In 2019, when for the first time in his electoral career, Kharge tasted defeat, the party rewarded the loyal veteran by bringing him to the Rajya Sabha. And in an acknowledgment of his skills, made him the Leader of the Opposition in the Upper House in February 2021.

Kharge, who follows Buddhism, ticks other boxes too for the Congress president post: he is gentle and soft-spoken, sober by temperament and nature, and has never landed in any political spot or controversy. Born into a poor family at Warwatti in Gulbarga district, he did BA, studied Law and practised for a while before plunging into politics and joining the Congress in 1969.

That was also the year that Indira Gandhi faced one of the biggest challenges to her control of the Congress. More than half-a-century later, the Gandhi family, facing a similar possibility, could not have chosen a bigger loyalist than Kharge to ensure there are no parallel power centres.