Fifty seven percent voters turnout was recorded in the first phase of polling in Bihar for 49 assembly seats on Monday, according to the Election Commission. The polling remained peaceful.

The JD(U) is contesting 24 seats in the first phase under the new alignment and will be keen to know if the party, steered by Chief Minister Nitish Kumar, has been able to attract key segments, including EBCs, Mahadalits and, most importantly, the Yadavs — an early indication of whether its tie-up with Lalu Prasad’s RJD has worked at the ground level.

The RJD, which has fielded 17 candidates here, won only four seats here last time but gained ground by winning two of the eight Lok Sabha segments, wresting Banka and Bhagalpur from BJP in 2014.

On the other side, Prime Minister Narendra Modi has led the NDA charge by addressing a string of rallies leading to the first phase in which the BJP has fielded 27 candidates — it won 13 seats in this segment in 2010 — followed by Ram Vilas Paswan’s LJP with 13.

5:00 pm: Voting ends for phase one polling in Bihar.

4:00 pm: Unidentified men fired at LJP candidate Vijay Kumar Singh in Jamui constituency but he escaped unhurt. Police arrest one of the criminals involved in the attack.

3:30 pm: Polling sealed off in the naxal affected Jamui (Bihar) at 3pm.

FLASH: 46% poll percentage recorded till 2 pm for the first phase of #BiharPolls.

Now I know why I was not being allowed to come to Bhabua, the huge crowds and support here are the reasons-PM Modi

The voter turn-out in the first phase of polling has almost touched the 40 per cent mark, at 39.01 per cent, according to data released by the Bihar state election commission. 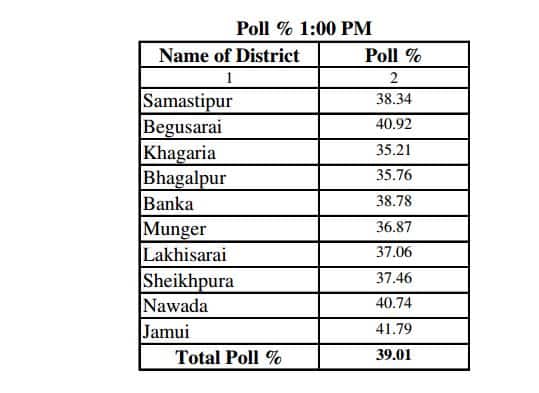 First phase of #Biharpolls: Polling percentage recorded till 10 am – 20.15% Lakhisarai: Voters stand in long queue outside a polling booth to cast their votes for first phase of #Biharpolls pic.twitter.com/jkiiswg3lU 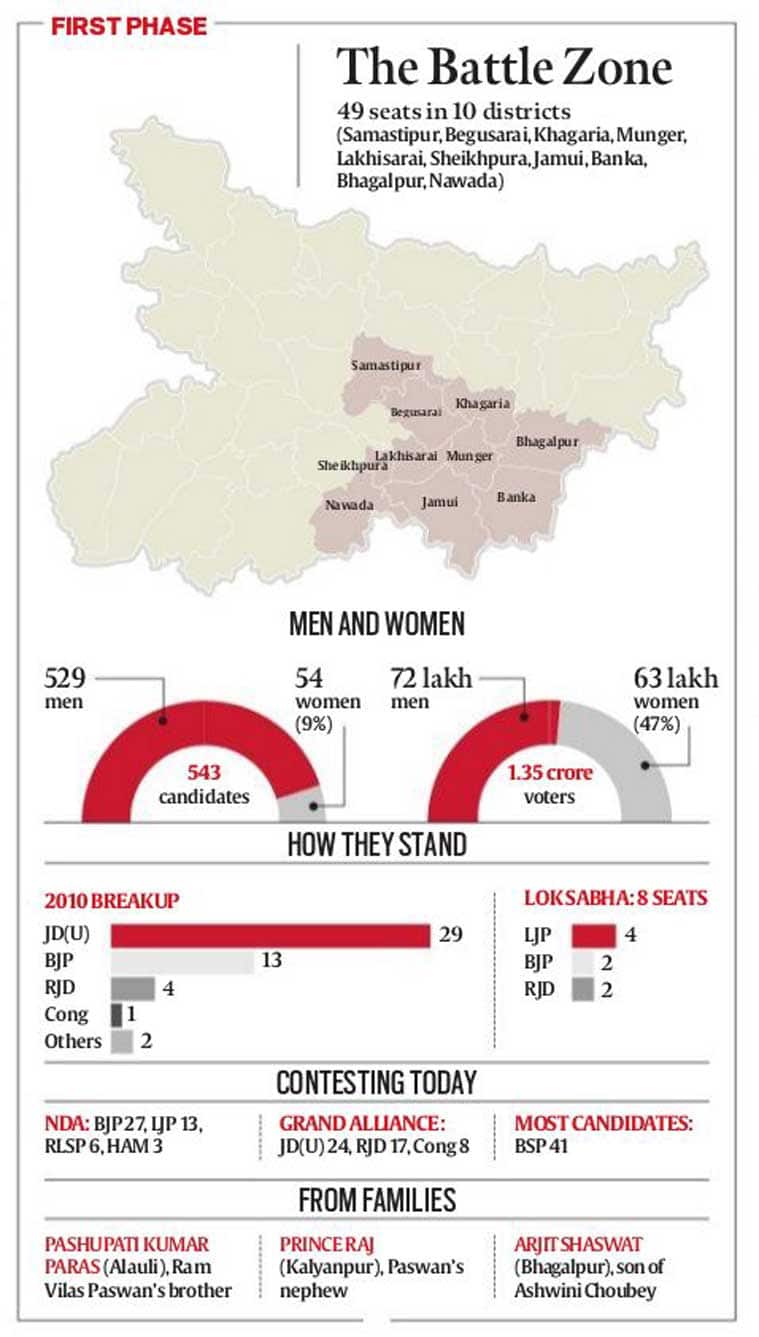 Urging all those voting today in Bihar to vote in large numbers. I particularly urge my young friends to cast their vote.

Polling underway for 1st phase of #Biharpolls: Voters lined up outside a polling booth in Bhagalpur pic.twitter.com/kbhGyNRn5K