Kobad Ghandy: ‘Book not Maoist in any way… Social media hysteria created only to get govt to cancel award’

Kobad Ghandy tells The Indian Express, “It is unfortunate that the Maharashtra government has fallen prey to this campaign … But this does not diminish the quality and ability of the translator, Anagha Lele.” As a political firestorm rages following the Maharashtra government’s decision to cancel a literary award given to the Marathi translation of Kobad Ghandy’s book Fractured Freedom: Prison Memoir and Thoughts, Ghandy on Friday spoke out against the “social media campaign” against him, saying it is “full of lies and distortions”.

Ghandy was arrested in September 2009 on charges of being a Politburo member of the banned CPI(Maoist). After spending a decade in jails across the country, a Delhi court acquitted him of all UAPA charges in June 2016 and, in October 2019, he was released on bail from Surat jail.

“The courts have acquitted me of all charges. So, the social media campaign was only to whip up hysteria to get the government to cancel the award,” Ghandy told The Indian Express. “Fractured Freedom in its English version has been a best seller on Amazon since its release in March 2021. Neither in the book is there any indication of it being Maoist in any way. The book in its conclusion says that in any social project for change one has to include the concepts of Anuradha Values (of naturalness, straightforwardness, honesty, simplicity etc) as also freedom with a goal towards happiness for the majority. What do they have against this?”

Ghandy and his late wife Anuradha formed the Committee for the Protection of Democratic Rights (CPDR) in 1978 and shifted to Nagpur in the early 1980s.

His memoir was published over a year after his release from jail. On December 6, the Maharashtra government announced literary awards in 35 categories. This included an award and a cash prize of Rs 1,00,000 to Lele for her Marathi translation of Ghandy’s book. A week later, the government issued a resolution withdrawing the award, a move that invited widespread criticism from the literary world.

Read |CPI(Maoist) expels Kobad Ghandy, accuses him of ‘spiritualism’, distancing himself from outfit

Prominent academic Suhas Palashikar on Thursday announced his resignation from the Language Advisory Committee of the Maharashtra government in protest.

Lele has also criticised the government, saying, “I think due to the name of Kobad Ghandy, the original author of the book, some people objected to the award on social media and also wrote to the government. And without any proper review, the government also took immediate action and cancelled the award saying the book supports Naxalism. Social media buzz was considered more important than the expert committee’s opinion, which is very surprising.” 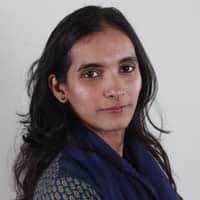