“Every level of the government has the same desire to strengthen ties with India,’’ a top official in the Israeli ministry of foreign affairs said 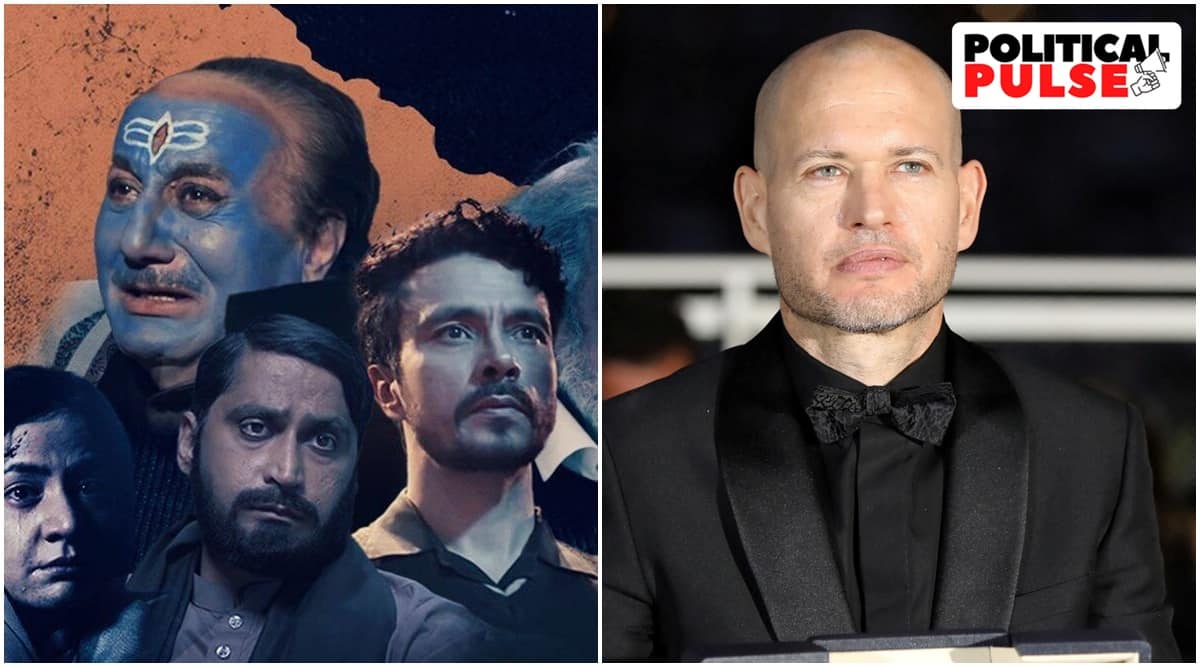 When listing the commonalities between Israel and India, most Israelis bring up Kashmir. Be it people on the street, academics or politicians, they point at Kashmir to underline how the countries face similar issues of insurgency. On a recent trip to Israel, an official at the Kerem Shalom crossing between Gaza Strip and Israel said, “We have our Gaza Strip, you have your Kashmir.’’

Last fortnight, SonyLiv started streaming Tanaav, a remake of Fauda, the Israeli show that enjoys a massive following in India. Not surprisingly, the setting of Tanaav is Kashmir.

Also in Political Pulse |Amid Kashmir Files flare-up, Valley parties ask: What good has it done for Pandit cause

The Kashmir Files, the controversial film that is back in the news after comments on it by an Israeli filmmaker and juror at IFFI, found a release in Israel soon after it came out in India this year. While it was in cinema halls for less than a week, many a commentator at the time in the country underlined how it dealt with issues that were faced by both the countries.

Even IFFI, where filmmaker Nadav Lapid’s public criticism of The Kashmir Files sent the Israeli diplomatic establishment into a tizzy, had marked a celebration of Indo-Israel ties, with Information and Broadcasting Minister Anurag Thakur accompanying Fauda’s lead actor-cum-creator Lior Raz to the festival.

Against this backdrop, it is no surprise that Lapid’s remarks left the Israeli diplomatic establishment red-faced. Israeli Ambassador Naor Gilon tweeted a strong letter slamming Lapid, and also hinted that he and his team were facing the heat. “You should see our DM boxes following your ‘bravery’ and what implications it may have on the team under my responsibility,” Gilon wrote.

The two countries are currently celebrating 30 years of their ties – though India recognised Israel in 1950, it gave it full diplomatic recognition only in 1992. The relationship has got stronger under the Narendra Modi government, who took a decisive step to de-hyphenate India’s ties with Israel and Palestine when he became the first-ever Indian PM to visit Israel in July 2017. With Benjamin Netanyahu set to return as PM of Israel at the head of a far-right coalition, the ties will see a further push, with the two leaders enjoying personal rapport.

But through its five governments in the last three years, the Indo-Israeli relationship has remained on the trajectory of growth. India continues to be the largest importer of Israeli defence equipment, making up for 40% of its defence exports. In November 21, in a push for Make in India, India and Israel signed an agreement to develop hi-tech defence armament.

Advertisement
Opinion |The Kashmir Files row: IFFI jury chair’s comment was about the film’s artistic merit, not its content

“Every level of the government has the same desire to strengthen ties with India,’’ a top official in the Israeli ministry of foreign affairs in Jerusalem told The Indian Express last month.

The cooperation in other sectors too, including agriculture, science and technology, continues to blossom. Alan Shosham, the Director of Overseas Program at MASHAV (Israel’s Agency for International Development Cooperation), said India was the only country where they had stationed one of their six water experts. The Indo-Israeli Agricultural Project has set up 29 centres of excellence in India across 21 states. Every year, around 800 post-doctoral students from India get research projects in Israel, while hundreds of young Israelis continue to head to India for their cooling-off period after compulsory army service.

India is also the first country where Watergen, a company that makes water from humidity in the air, set up its plant outside Israel.

Advertisement
Editorial |The Kashmir Files row: IFFI jury chair has a right to criticise the film

But, while the Palestine issue is no longer part of the bilateral equation, there are areas of conflict. Israeli officials are clear about the “existential” threat from Iran and its growing nuclear programme. But last month, India was among the 16 countries that abstained from voting on an UNHRC resolution to set up a mission to investigate alleged human rights abuses in Iran.

Given the warm ties with India, an official in the Israeli Ministry of External Affairs, downplayed this, saying, “We understand that energy (oil) is an important part of your relationship with Iran.’’

Then there is the contentious issue of India’s contribution to the United Nations Relief and Works Agency for Palestine Refugees in the Near East (UNRWA). In 2018, India increased its annual financial contribution to the UNRWA fourfold, from $1.25 million to $5 million. A top Israeli official said the money given to the agency, set up in 1949, often falls into hands that target Israel.

However, here again, Israel is willing to give India leeway. A senior diplomat in Jerusalem said, “It’s important to remember that we share the same interests, not necessarily the same agenda.’’

Ambassador Roey Gilad, Centre for Policy Research, Jerusalem, underlined the commonalities between the two nations. “Our DNA is the same, we both got free from the British, India in 1947, Israel in 1948. While you have trouble with Pakistan, we have problems with some of our neighbours. Israel also has divisions like India.‘’

Which is why, he said, “no matter who is in power, our relationship will continue to thrive’’.