Amid Kashmir Files flare-up, Valley parties ask: What good has it done for Pandit cause 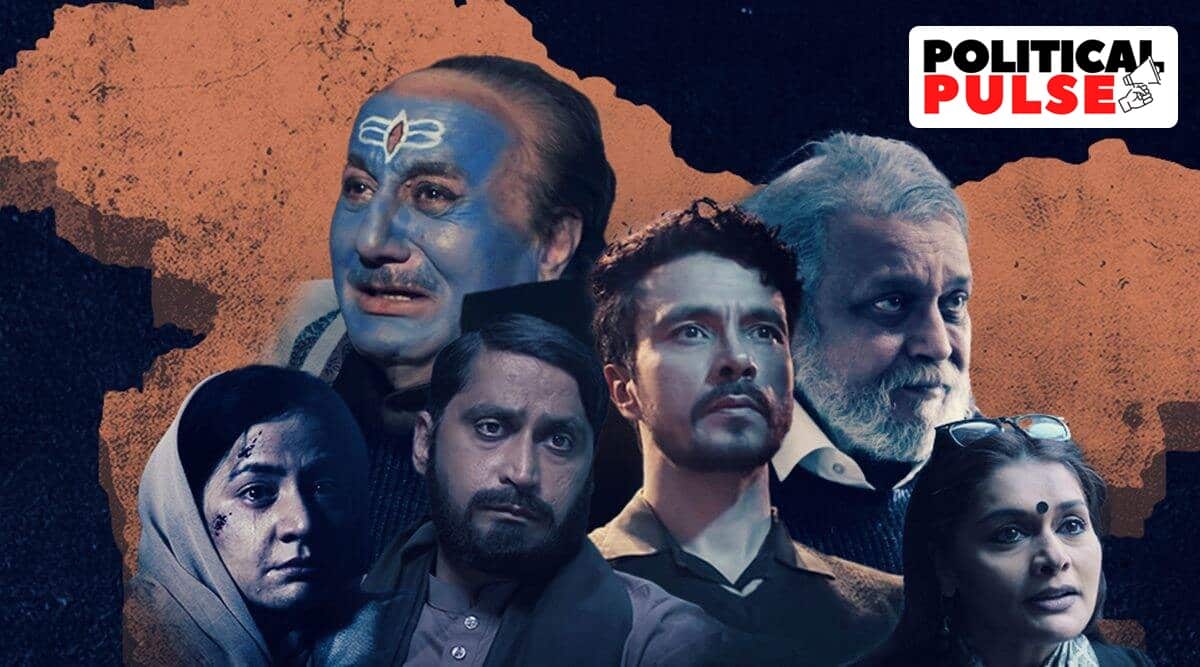 Released in March this year, The Kashmir Files ran to packed halls and was granted tax-free status in several BJP-ruled states. (Photo: ZEE5India/Twitter)

“It (The Kashmir Files row) is not good for the Indian film industry, the image of the country or the (Pandit) community which is suffering,” the Peoples Democratic Party (PDP)’s senior leader Naeem Akhtar told The Indian Express. “There has been no relief for the Pandit community. The transit camps that were built for them and where they were living peacefully are haunted and empty now.”

Released in March this year, The Kashmir Files ran to packed halls and was granted tax-free status in several BJP-ruled states. The film is based on the “exodus and killings” of Kashmiri Pandits in the Valley in the 1990s following the onset of militancy there.

“It (Lapid’s criticism) is basically not just a commentary on the film but also on the dispensation which has been promoting it,” Akhtar alleged. “It is a bad day for the Indian movie industry that has established credentials throughout the world.”

The PDP leader said, “On the ground the situation has been worse for the Pandit community. It (The Kashmir Files) was done as propaganda which has been now clearly stated by the best judge on the subject. The pain of community which we feel, which every Kashmiri feels, whether they say it or not, is missing from this film.”

Opinion |The Kashmir Files row: IFFI jury chair’s comment was about the film’s artistic merit, not its content

Akhtar also went on to charge that “Not only this, many other movies, which fortunately were not part of competition, have been even worse, where only hate agenda is promoted,” adding that “some of the actors are actively promoting this hate on and off the screen”.

PDP president and ex-chief minister Mehbooba Mufti has often accused the BJP dispensation of “weaponising” the pain of Kashmiri Pandits for electoral gains. “The manner in which the GoI is aggressively promoting Kashmir Files and is weaponising the pain of Kashmiri Pandits makes their ill intention obvious,” Mufti had alleged after the release of the film. “Instead of healing old wounds and creating a conducive atmosphere between the two communities, they are deliberately tearing them apart.”

Advertisement
Also Read |‘Propaganda by one party against other’: BJP, Oppn spar over The Kashmir Files controversy

The Farooq Abdullah-led National Conference (NC) refrained from making comments on the Lapid-Kashmir Files row. “The only thing I want to say is, whether this movie has done anything good for Kashmiris or Kashmiri Pandits,” asked NC spokesman Tanvir Sadiq.

The NC has castigated the movie earlier, blaming its screening for the renewed attacks on the minority community in the Valley. At least four Kashmiri Pandits have been killed by the militants since the release of the film.

In Premium |Long before The Kashmir Files, Israel fell in love with Hindi films

“I told Lieutenant Governor Manoj Sinha that The Kashmir Files should be banned,” Farooq Abdullah had said in May this year. “The film had forced the youth to think that they were looked down upon by people outside J&K. The oppression of Muslims in various parts of the country is also triggering a wave of hate among them. This has to be stopped.”

The BJP’s Kashmir unit, however, again defended the film. “Everybody has an opinion on something and has a right to put forward his opinion,” said the Kashmir BJP’s media in-charge Manzoor Ahmad Bhat. “It is a movie and it is not necessary that its every shot is real. But we know and we must acknowledge that innocent Kashmir Pandits were killed in 1990s. If they have depicted that there is nothing wrong in it,” he said.

How Black Panther builds complex characters from the politics of colonisation