Rebels are protesting against selection of 14 new ministers in in Jitan Ram Manjhi government. 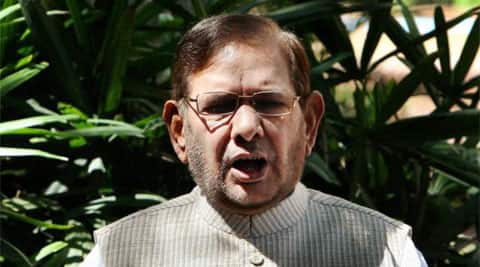 Rebel JD(U) legislators on Saturday stuck to their stand of not supporting any “outsider” candidate picked by the party for election to the three Rajya Sabha seats in Bihar later this month.

Rebel JD(U) legislator Neeraj Kumar early in the day proposed that the party should not field any candidate for the three seats of the Upper House.

“Since the three RS seats for which election will be held later this month belonged to BJP, RJD and LJP and none to the JD(U), our party shall not field candidates on them,” said Neeraj Kumar, MLC, who was the first to come out in protest against selection of 14 new ministers in the state and had resigned from the post of JD(U) deputy chief whip and spokesman.

A prominent JD(U) dissident MLA Ravindra Rai told PTI on saturday that “more than 50 MLAs of JD(U) have decided not to support anybody else in RS poll other than Sharad Yadav.”

“We will disclose our strategy on Monday,” he said.

Monday is the last date for filing of nominations for the three RS seats in Bihar.

Ruling JD(U), on the basis of its strength of 117 MLAs, can easily win all the three RS seats. But, rebellion by a large number of party legislators in the wake of selection of 14 new Cabinet ministers in Jitan Ram Manjhi government has put the party on the backfoot.

There has been no official word so far from JD(U) on the candidates. But the names of JD(U) national president Sharad Yadav, RJD “defector” Shakuni Chaudhary and diplomat-turned JD(U) leader Pawan Verma are doing the rounds.

Reacting to reports about he being in touch with dissident JD(U) legislators and could be their candidate, sacked JD(U) leader Sabir Ali told PTI, “My friendship with many JD(U) MLAs is still there and we keep talking to each other. But, so far I have not reached to decision to fight the RS poll.”

On reports of parleys between JD(U) and Congress to field Shakeel Ahmad as their joint candidate, state Congress vice- president and its media in-charge Prem Chand Mishra said, “BPCC chief and Congress legislature party leader Sadanand Singh are in Delhi. There is no official word from party high command on the issue so far.”