Apart from the Deputy Chief Minister, the CSC had three ministers each from both National Conference and the Congress. 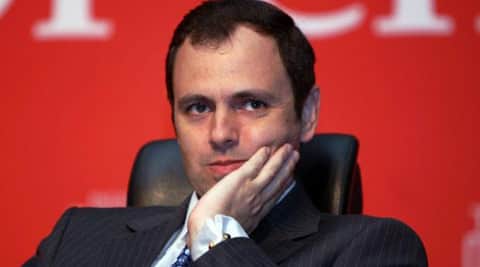 Political crisis facing the state for the last few days was finally over as the Chief Minister Omar Abdullah, in complete agreement to the ally Congress proposal over the additional of new administrative units, agreed to the creation of 659 new administrative units and a patwar khana in each of the the 4,098 village panchayats across the cash starved Jammu Kashmir.

Pointing out that the state cabinet headed by him has accepted the report submitted by the Cabinet Sub Committee (CSC) headed by Deputy Chief Minister Tara Chand from Congress on Saturday, Omar also said that 659 new administrative units include 46 sub divisions, 135 tehsils, 177 Community Development (CD) Blocks and 301 Niabats across the state. “Now, the Planning and Finance Departments have been instructed to prepare a road map for early implementation of these recommendations, he added.

Apart from the Deputy Chief Minister, the CSC had three ministers each from both National Conference and the Congress.

The number of new administrative units recommended by CSC has been three times more than the Mushtaq Ganai Committee constituted by the Omar Abdullah government as it had recommended creation of only 23 sub divisions, 57, tehsils, 79 niabats, 63 CD blocks and 733 patwar khanas. The state, at present, has 2,217 administrative units including 21 sub divisions, 82 tehsils, 143 CD Blocks, 257 niabats and 1,714 patwars.

Earlier the ties between both the ruling alliance partners had reached the brink with Chief Minister Omar Abdullah even issuing an ultimatum to Congress that he will go ahead with implementation of Ganai Committee recommendations if the CSC did not submit its report by January 31. Writing on the micro blogging site Twitter that “I am determined to complete this important public demand no matter what. He had virtually stopped short of issuing a resignation threat.

Omar wanted to implement Ganai Committee recommendations and for it, he had even tried to convince senior Congress leaders in Delhi including UPA Chairperson Sonia Gandhi. However, the latter supported their local party ministers’ stand in the CSC who complained that many areas having genunine claim for an administrative unit were ignored by the Ganai Committee.