Singh attacked Army chief designate Dalbir Singh, accusing him of trying to protect a unit that "kills innocents," and "does dacoity". 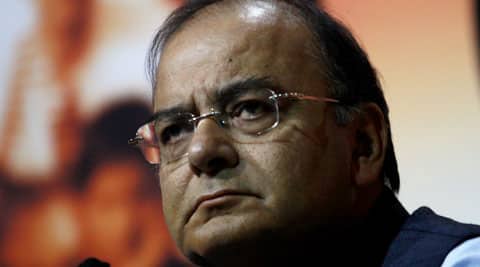 A day after its Minister of State V K Singh accused the Army Chief designate of protecting a unit that “kills innocents” and “does dacoity”, the government on Wednesday made it clear that it does not support his attack, reiiterating that the appointment of Lt Gen Dalbir Singh as the next chief is final.

Responding to the uproar in parliament over V K Singh’s remarks, Defence Minister Arun Jaitley said the government “fully defends the appointment” of Dalbir Singh. “The UPA government had made the appointment of the next Army Chief some weeks ago. It’s been a practice in this country that we keep some issues outside the realm of inter-party politics… not only the government, but all of us must keep the Army and its appointments out of this arena and stand by the appointment. The present government also is fully defending that appointment,” said Jaitley.

In a direct attack on Dalbir Singh, V K Singh had tweeted on Tuesday: “If unit kills innocents, does dacoity and then head of organization tries to protect them, should he not be blamed? Criminals should go free!!”

His tweet came on the day that The Indian Express reported that the BJP-led government’s affidavit in the Supreme Court has termed V K Singh’s action as the then Army Chief against Dalbir Singh as “illegal”, “extraneous” and “premeditated”.

The government on Wednesday came under attack in both houses of Parliament with senior Congress leaders Amarinder Singh and Anand Sharma demanding the removal of V K Singh from the Council of Ministers for making “unacceptable and highly objectionable statements” on the “persona of the Army Chief designate”. “If a serving minister is making such a statement, the government ought to remove this minister. The Prime Minister must clarify this issue. It is unacceptable. He cannot continue in the government, he cannot be a member of the Council of Ministers,” Sharma said in the Rajya Sabha.

“Even after his own government has indicted him, the language used by him in a tweet is highly derogatory. To call the next Chief of Army Staff a criminal and those working under him in the forces dacoits is not acceptable. I hope the government will take note of this and he will be dismissed from the Council of Ministers immediately,” said Amarinder Singh in the Lok Sabha.

While he did not defend V K Singh’s comments, Jaitley said the matter should not be raised as it could prompt the minister to “consider defending himself”. “I would urge that this issue, directly, indirectly or even collaterally, may not be raised for the reason that if one of the major political parties chooses to attack a minister, then the minister may consider defending himself,” said Jaitley.

As first reported by The Indian Express, the Ministry of Defence, in an affidavit to the Supreme Court on Monday, defended Dalbir Singh’s promotion and described the disciplinary ban on him by V K Singh as Army Chief as “illegal”, “extraneous” and “premeditated”. It said the the disciplinary proceedings against Dalbir Singh between April and May 2012 by V K Singh was “without any basis or material on record”.

The government affidavit came in response to a petition by Lt Gen Ravi Dastane, who alleged favouritism in selection of Dalbir Singh as Army commander — making him next in line to succeed General Bikram Singh. In his last days in office in May 2012, V K Singh had effectively tried to block the appointment of Dalbir Singh as the Eastern Army Commander, whcih would have put him out of contention for the top post.

‘SpongeBob Squarepants’ sequel to release in 2015