BJP fine, but what Gujarat voters want, seek in AAP: ‘A chakachak Opposition’

Even Congress voters in urban Saurashtra and Kutch areas are losing hope in party, say stands discredited, have heard of AAP's “works”. 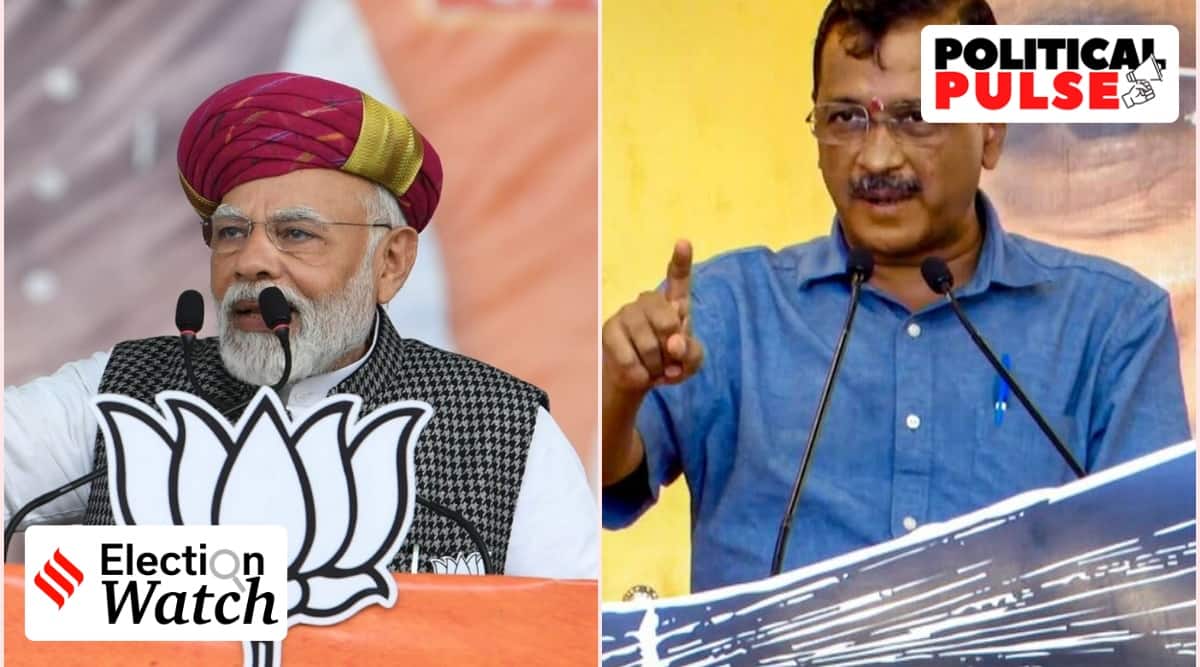 “Who said there is no anti-incumbency in Gujarat?”

On the face of it, Ashwin Solanki appears to be challenging the popular perception that the forthcoming Gujarat Assembly polls is “wave-less”, with the incumbent BJP facing no major headwinds despite being at the helm for 27 consecutive years.

Then comes the twist. “That the BJP is returning to power is beyond doubt,” he says. After a pause, the Bhavnagar resident, who works with a private engineering firm, adds, “Instead, the Congress is facing anti-incumbency. It stands discredited, opening up the opposition space for AAP.”

A diminished Congress struggling to retain its core support base, which stood by the party even as power remained out of its reach for nearly three decades, threatened by plucky new entrant AAP. This might as well be the defining story of Gujarat 2022.

And part of the same thread is the curious yearning for a “chakachak vipaksh”, or an effective Opposition, by the same electorate that also wants the BJP to remain in office. “Kya hai ki, vipaksh mazboot hoga toh satta paksh bhi tight rahega (Only when the Opposition is strong, is the government kept in check),” says Gopalbhai Soni, a trader in Morbi city.

Many like Suresh Bahupiya, an auto driver in Ahmedabad, feel AAP, with its take-no-prisoners approach, fits the bill. “We supported the Congress last time. But have you seen how its MLAs put themselves up for sale over the last five years? Why should we support them again?” asks Bahupiya, who belongs to the Koli community that accounts for 40 per cent of all OBCs in the state.

The AAP’s chief ministerial candidate, Isudan Gadhvi, is also an OBC. In 2017, the party had fielded 29 candidates, all of whom forfeited their deposits. In the 2014 general elections, its 24 candidates in Gujarat met a similar fate.

At Bada village in Mandvi taluka of Kutch, Mohammed Ibrahim, a pastoralist, is more blunt. “The Congress will not get our votes. I have started hating the Congress. We have been supporting the party since the time of Indira Gandhi. But it insults our loyalty. It’s time to give a new player a chance,” he says.

The Congress, meanwhile, is confident there is “no space” for a third player in Gujarat politics, with its leaders citing the examples of Keshubhai Patel and Shankersinh Vaghela, who had floated their own parties which failed to leave any mark.

The Congress’s SC cell in-charge in Bhuj, Valji Maheshwari, also defends the party against charges that its MLAs defect to the BJP for money. “Those who leave are opportunists. Not all children are faithful to their parents. That does not mean people stop producing children,” Maheshwari argues.

Nearly 250 km away in Rajkot city, Faiz-e-Noorie, who runs a restaurant along with his father, has decided to back the local AAP candidate. The father, Moin Noorie, who is a traditional Congress voter, is yet to make up his mind.

“I’ve been to Delhi and seen the schools there. The free electricity policy for up to 300 units is also good. By the way, most of my friends here are Hindus. They are also going to support AAP this time. AAP may not win, but we want to at least give it a push so that more people back it the next time,” says Faiz, who has completed a BCA course.

Muslims account for around 9% of Gujarat’s population, but the community’s representation at the state Assembly has been dwindling over the decades, with the BJP not fielding any Muslim candidate in over two decades. This time, six Muslims are contesting on Congress tickets, while AAP has fielded two.

The Arvind Kejriwal-led party has maintained silence on issues like the release of the convicts in the Bilkis Bano gangrape and murder case, justifying it as a move to avoid walking into “the BJP’s trap”. On the ground, however, there are signs that the lack of a robust organisational presence is hampering the party’s attempts at blunting some whisper campaigns, a problem it faced in Delhi before the 2020 Assembly polls.

Consequently, even those who are curious about the “Delhi model” — an outcome of AAP’s high-decibel campaign to a large extent — are doubtful if the party is Hindu enough. “Kaam toh achha kiya hai suna hai (We have heard that they have done good work). But I have heard Kejriwal is a Muslim. Is it true?” asks Sahuji, a resident of Jamnagar who belongs to the Kumar caste, classified as OBCs in the state.

Jay Devipujak, who sells vegetables at the Shapra-Veraval industrial zone on the outskirts of Rajkot city, feels the entry of parties like AAP can “disturb” the “dharmik santulan (religious equilibrium)” in the state, established by the BJP’s domineering presence over the decades.

“Now there is peace in the state. That will change if the BJP goes,” says the 27-year-old, who voted for the Congress the last time “as per wishes of my family”. “This time, I will support the lotus,” he adds.