Himachal polls: A look at Congress CM contenders or, as BJP says, its problem of plenty

Amit Shah talked about “eight names”, a Congress leader says there may be more as “party democratic”, won't be baited into picking one 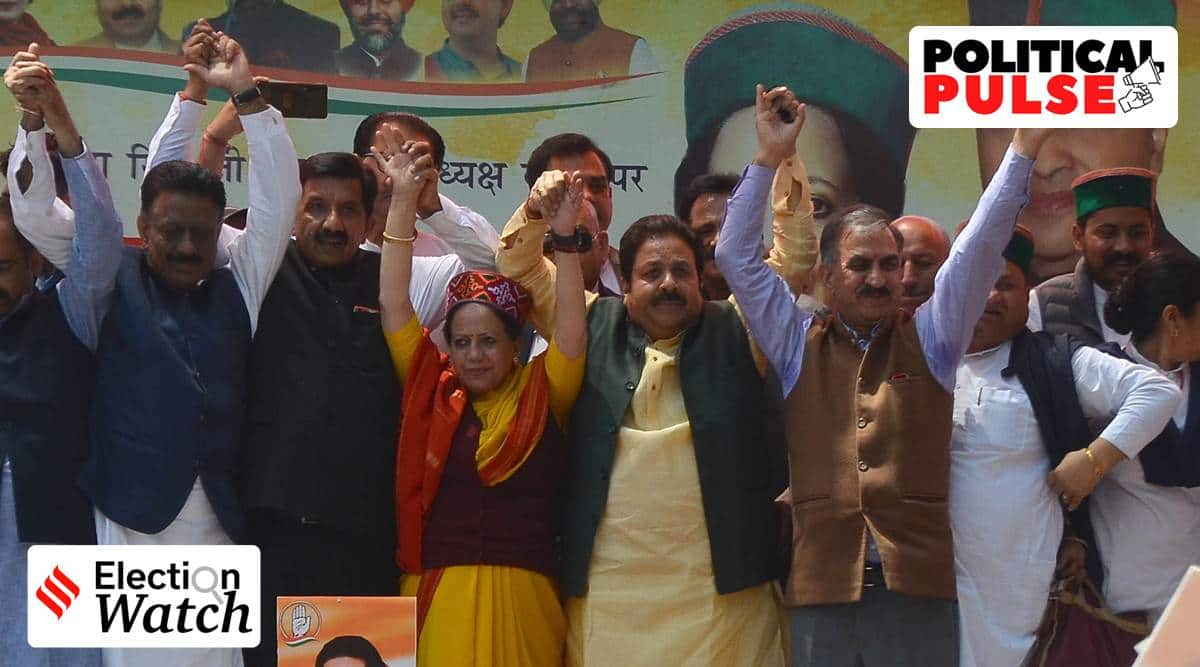 The BJP is harping on it, and the Congress is trying to wish away the question. With the Himachal Pradesh Assembly elections now just four days ago, there is still no clarity on who would be the party’s chief minister should it win.

Campaigning in the state recently, Union Home Minister Amit Shah mocked the Congress, saying the party had at least eight contenders for the CM’s post. Responding to the barb, Sudhir Sharma, former MLA from Dharamshala and ex-minister, said, “The Congress is a democratic party where anyone can dream of becoming the CM.” He also said, “He is talking about eight CM candidates, but I can say that there may be more. After all, this shows how democratic the Congress is.”

Congress insiders themselves acknowledge at least three serious contenders — Sukhwinder Singh Sukhu, Mukesh Agnihotri and Pratibha Singh. While the grand old party is not likely to be goaded into declaring a name, to avoid any open wrangling and fallout in the election, here are a few names in contention:

Contesting from Nadaun seat in central Himachal, Sukhu is the party’s former state president, and the current chief of its campaign committee. Among the strongest contenders for the CM’s post if the Congress wins, he is a three-time MLA with acceptability among the party cadre. Officially, Sukhu has denied being a contender, saying the CM would be decided by the party high command.

The Leader of the Opposition, Agnihotri is contesting from Haroli in south-west Himachal. A four-time MLA, his constituency was called Santokgarh before delimitation, from which he was elected for the first time in 2003. Agnihotri was elected Congress Legislature Party (CLP) leader after the 2017 Assembly polls. He is considered another strong contender for the CM post.

Pratibha Singh, the current Himachal PCC chief and the wife of former CM and Congress doyen Virbhadra Singh, is another strong claimant to the post. She is a sitting MP and hence is not contesting in the Assembly elections. She was first elected to the Lok Sabha in 2004 from Mandi in central Himachal, defeating Maheshwar Singh. In the 2013 bypoll, she defeated incumbent chief minister Jai Ram Thakur from the same seat that was earlier represented by her husband before he became the CM. She was elected MP following the death of the BJP’s Ram Swaroop Sharma.

Kumari is a six-time MLA from Dalhousie in north-west Himachal and a former minister. Canvassing for her recently, senior Congress leader and Anandpur Sahib MP Manish Tewari called her instrumental in the Congress’s thumping victory in the 2017 Punjab Assembly elections. She was the general secretary in-charge of Punjab then. Tewari also said that the Congress was winning in Himachal, and that Kumari may be given an important post by the party afterwards – in a hint that she has a chance to be CM.

An eight-time MLA, Thakur has won consistently from Mandi’s Drang constituency for nearly five decades – losing only in 1977 and the last Assembly elections in 2017. He was the chairman of the Mandi Sadar Panchayat Samiti between 1973 and 1977, following which he was elected to the Assembly for the first time. He has served as Deputy Chairman of the State Planning Board (with Cabinet rank), and held independent charges of Health and Parliamentary Affairs. Between 1985-90, he was the Vidhan Sabha speaker.

India will ‘benefit’ from price cap on Russian oil: US Treasury Secy Yellen