As old warhorses fight it out, BJP steals a march with ST status for the Hattee community

One of Himachal's most backward, poverty ridden districts, Sirmaur has steadily moved away from the Congress towards BJP over the past three Assembly polls. 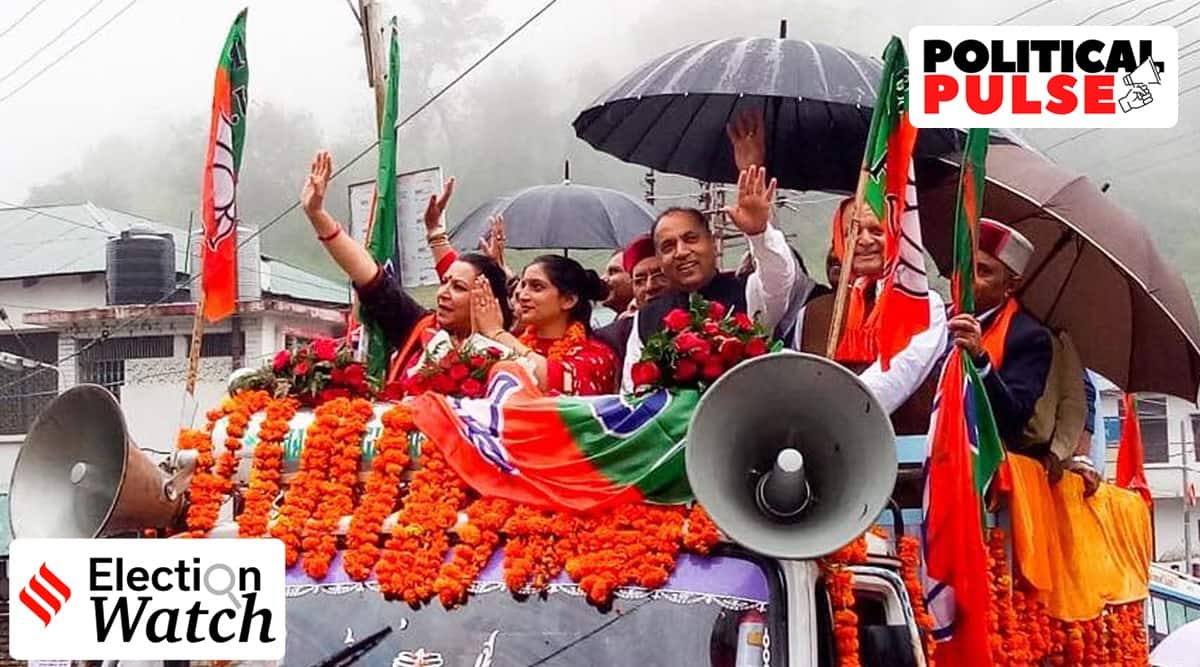 With around 4 lakh registered voters distributed over five seats, Sirmaur district has been a Congress stronghold. It is also one of Himachal’s most backward, poverty ridden districts where traces of social anomalies such as polyandry can still be found today.

The registered voters include over 16 thousand teenagers who will vote for the first time. Male voters outnumber female voters by around 30,000. Together, they will determine the fate of 36 candidates representing different parties as well as independents, who are in the fray.

Don't Miss |In Himachal race, this Independent is banking on pilgrims’ progress, blessings

The state planning department categorises 32 panchayats under its backward category. Many of these villages are without roads, and have non-existent or failing primary education and health infrastructure.

A major factor in this election across the district, famous for its garlic and ginger crops, is the Centre’s promise of ST status to the Hattee community that is spread across this district and the adjoining Jaunsar Bawar area of Uttarakhand, where they already enjoy the status and the attendant benefits it brings. With the Union Cabinet clearing the proposal for their tribal status this September, there is jubilation among Hattees in all five constituencies of the district, especially Pachhad (SC), Shri Renuka Ji (SC), Shillai and Paonta Sahib, where their numbers are significant. This is expected to boost the BJP’s tally, though Dalits of the area are angry, as they fear they will have to share their grants pie as a result.

Apart from polyandry among the Hattees, this is also the only district in Himachal where the tradition of khumli (a version of the khap panchayat) still prevails.

The BJP has been making steady inroads into this district. In the 2017 Assembly elections, Congress won two seats—Shri Renuka Ji (SC) and Shillai, while BJP won three—Nahan, Pachhad (SC) and Paonta Sahib.

Himachal BJP president Suresh Kashyap, a loyalist of CM Jai Ram Thakur, was elected MLA from the Pachhad (SC) seat twice, in 2012 and 2017, before he contested and won the Shimla (SC) Lok Sabha seat in 2019. Following his Lok Sabha victory, first-timer Reena Kashyap won the by-election from Pachhad. She is also from the Jai Ram and Kashyap camp in state BJP.

Pachhad was once a Congress stronghold, with former Vidhan Sabha Speaker Gangu Ram Musafir winning it continuously over seven Assembly elections. The loyalist of former Congress CM Virbhadra Singh, he won the seat for the first time in 1982 as an independent, before joining Congress and winning the seat under its banner six more times till 2007. But since 2012, when he lost to BJP’s Suresh Kashyap, he kept losing—to the state BJP president in 2017 and to first-timer Reena Kashyap in the 2019 bypoll. This time, Congress gave the ticket to former BJP rebel Dayal Pyari, while BJP will continue with Reena. Denied the Congress ticket, Musafir has decided to fight as an Independent.

Former Assembly speaker Rajeev Bindal, the Nahan MLA, was forced to resign as state BJP president in May 2020,when the vigilance department arrested an old associate and the then director of health, after the two were heard allegedly discussing kickbacks over the phone, in an audio clip that had gone viral. The Opposition alleged the associate was close to Bindal when he was the health minister in the Dhumal government (2007-2012).

He was succeeded as state BJP president by Kashyap, who sidelined him as he was a loyalist of former CM Prem Kumar Dhumal. Later, by cultivating good relations with BJP national president J.P. Nadda, Bindal clawed back into the party and is now the chairman of BJP’s election management committee. He will face off against Ajay Solanki of the Congress, a CM hopeful, whom he beat in 2017.

The incumbent MPP and Power Minister Sukhram Chaudhary is the third BJP MLA from Sirmaur, from the Paonta Sahib constituency. Another Dhumal loyalist, he too was predictably sidelined by Kashyap. This time, he faces a tough battle against nine candidates, including Kirnesh Jung of the Congress and former Youth Congress president, Manish Thakur, representing the AAP.

The other two constituencies are currently represented by Congress MLAs Harsh Vardhan Chauhan, a five-time winner from Shillai, and Vinay Kumar from Sri Renuka Ji (SC), who has been winning it since 2012. Harsh Vardhan faces BJP’s Baldev Singh Tomar, a Jai Ram Thakur loyalist who was one of the main movers behind the awarding of ST status to the Hattees, while Vinay Kumar is pitted against his relative Narain Singh, representing the BJP, ensuring close fights on both seats.