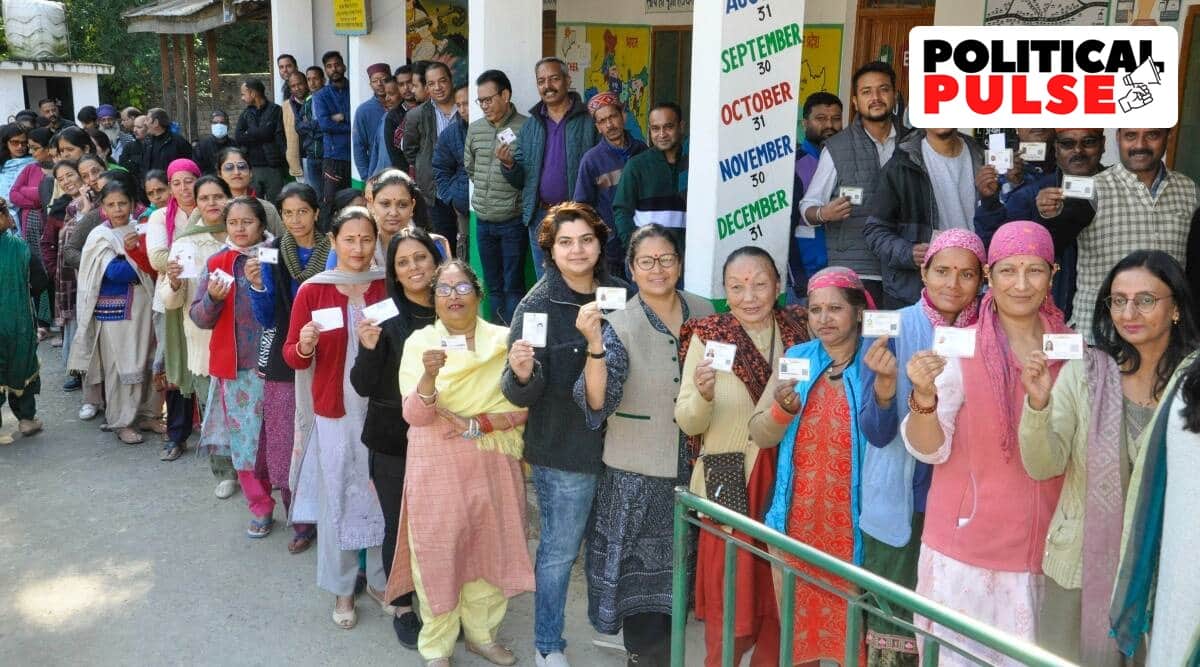 As the Himachal Pradesh Assembly election results are announced, here are seven things at stake for the BJP, Congress and the AAP.

The BJP in Himachal is facing rebellion in more than 20 seats. This is an unusual scenario for a party that functions on hierarchy and strict commands. The ticket distribution process resulted in several problems for the party which might impact the outcome.

For the BJP, it is crucial to win since national president J P Nadda and incumbent Chief Minister Jai Ram Thakur themselves reached out to rebels to convince them not to fight. However, several rebels remained in the fray as Independents.

Defeat of BJP candidates in seats marked by rebellion will show weak handling by the party high command and also undermine the authority of senior leaders.

The BJP fought the elections in Prime Minister Narendra Modi’s name. In the run-up to the polls, posters singularly featuring Modi came up, in which the CM too was absent.

The PM held a blitzkrieg of rallies and multiple visits to the state. He even called Himachal his second home multiple times to establish a sense of identity with the region.

In the UP elections this year, a combination of Yogi and Modi Factors brought a thumping majority for the party in the state. In Himachal, there is greater reliance on Modi and national policies.

With 2024 inching close, the popularity of Modi and his ability to successively win elections for the party will be at stake.

The central theme of the party’s campaign was to change “riwaz (tradition)” in the state since no party has repeated government since the 1980s. Both Modi and Amit Shah reiterated that Himachal will follow the footsteps of Uttarakhand and break the anti-incumbency jinx.

Apart from Nadda, who is also an MP from Himachal, prominent Union Minister Anurag Thakur hails from the region. Nadda made several visits to the state and oversaw the party campaign. Thakur, the son of former CM Prem Kumar Dhumal, who was sidelined this time, also held multiple public rallies for support.

A loss in Himachal will be a direct indictment of Nadda’s handling. Jai Ram has been criticised earlier as a weak CM, though the party endorsed him as the CM name, and the onus lies on senior leaders to help the party pull through.

This was the first Assembly election for the party in the absence of six-time Chief Minister and Himachal titan, the late Virbhadra Singh. He was also among the founders of the Congress in the state.

The results will mark a moving on for the party, and a win will prove that they can emerge victorious in Virbhadra’s absence.

Several CM faces have cropped up since Virbhadra’s passing and the party has been facing internal strife. The election results are expected to once and for all put an end to speculations that the party is divided, and can’t function as a cohesive unit.

After successive poll defeats, with the rout in the Delhi MCD polls the latest, the Congress has its hopes pinned on Himachal Pradesh.

It is one state where the Congress has an established cadre and has formed governments alternatively since the 1980s. Compared to other states, it is in a confident position here.

The absence of Rahul Gandhi was questioned by locals and party workers. Besides Priyanka Gandhi Vadra, the Congress party lacked a prominent campaigning face. The party argued that Rahul was busy with the Bharat Jodo Yatra, and its impact can be seen across the country.

It has been three months since the Yatra began and the party claims that it is carrying out a “revolution”, that a tangible impact would be seen in the Himachal elections, with a favourable result showing faith in its central leadership. A defeat, though, will push Congress workers back to the drawing board and require a re-consideration of the impact of the Yatra.

AAP has managed to secure victory twice in Delhi and has now won the MCD elections with a clear majority. Earlier this year, AAP also won the state of Punjab.

After an initial momentum in Himachal, AAP turned its focus towards Gujarat, leaving its campaign rather half-hearted in Himachal. In the absence of any remarkable footprint, AAP is hoping that the elections will help it focus on building a base and cadre for future elections in states otherwise dominated by the two central parties. Any seat the party gets will only add to its national footprint, which will be crucial in the run-up to the 2024 polls.

GST tribunal will be set up in Haryana, expected to start by March 2023: CM