The BJP's showing in Gujarat is a personal victory for Modi and Shah, and the AAP is gaining from the Congress's failures. 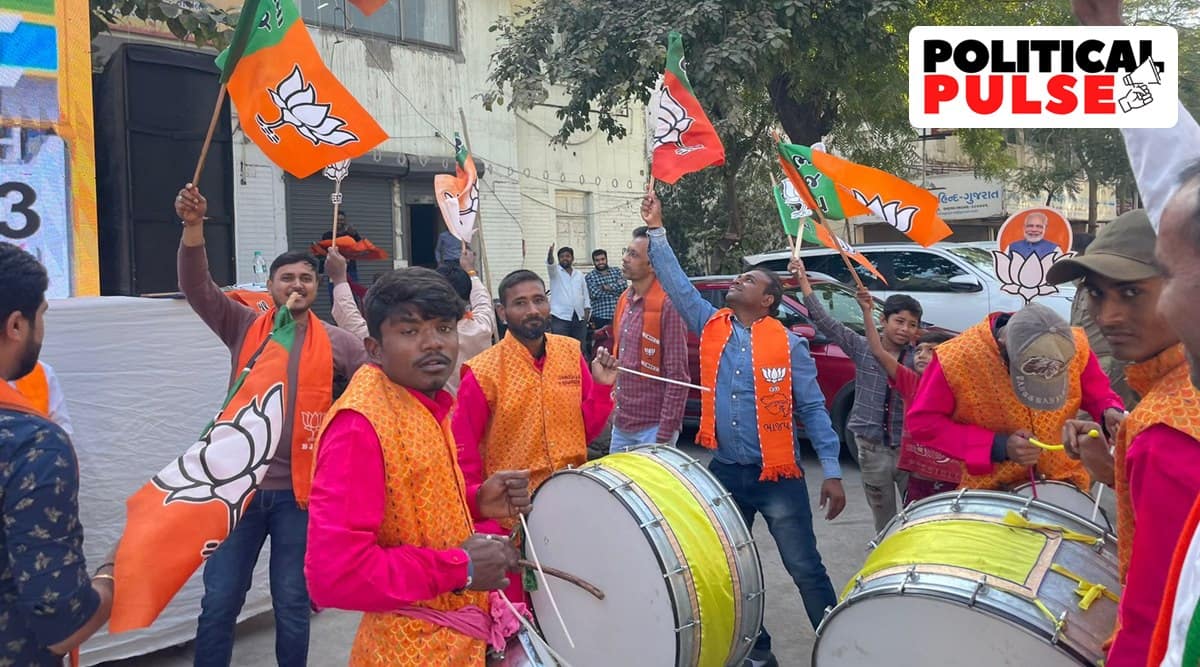 Early trends in both Gujarat and Himachal Pradesh indicate that the elections have gone the way they were expected — a surge for the BJP which appears to have wrested some of its bastions back from the Congress, the Aam Aadmi Party making inroads in the BJP fortress of Gujarat, and the Congress keeping alive the hope — even if faint — of a return in Himachal Pradesh.

Politics in Himachal Pradesh, which is known for electing alternate parties every five years, seems to be remaining as bipolar, but the neck-and-neck contest shows that the BJP, with its resources and influence, could end up forming the government.

The BJP has already dispatched its general secretary Vinod Tawde to Shimla to manage the post election scenario, which will include protecting its own legislators from any attempts at horse-trading, as well as ensuring the adequate numbers for remaining in power if the party falls short, sources said.

In Gujarat, apart from the BJP’s surge, the AAP — which won the Municipal Corporation of Delhi elections on December 7 — is the story. Early trends show the party is leading in more than 10 seats in its debut election there. If the trends get reflected in the actual results, it would be a big win for the AAP as Gujarat is a fertile field to grow as an alternative, with the Congress failing to excite the voters any longer.

The leads from Gujarat also suggest that the AAP is gaining from the Congress’s failures, and splitting its support base — even though it is still not able to win the hearts of the minorities and tribals entirely. These two communities remain outliers in the general wave of support to the ruling BJP.

Also Read |In Himachal, 5 rebels to look out for – who are they, where will they go?

The Congress was missing from the campaign scene in Gujarat with its leadership leaving the onus of winning the constituencies to the respective candidates. Its tally of just 18 leads at 10.30 am indicates that it is possibly down to just its core support base.

For the AAP, the leads bring the encouraging message that its promise of consistent work in the state could win the confidence of more of the electorate, unlike the Congress which has failed to hold on to its legislators — 19 MLAs who won on Congress tickets have joined the BJP in the last five years.

The BJP’s surge — from 99 in the 2017 election to the current leads of almost 150 at 10.30 am — would entirely be attributed to Prime Minister Narendra Modi’s popularity and the trust of the electorate in him, as well as Home Minister Amit Shah’s strategising.

Don't Miss |Gujarat polls: 10 key seats to watch out for

The party seems set to break its own record of the highest tally of 127 under Modi post Godhra riots. Once the AAP started making significant impact on the electoral scene in the run up to the elections, both Modi and Shah had taken complete control of the campaign — with Modi for the direct outreach to voters and Shah crafting strategies meticulously for the organisation.

While Modi has been frequently visiting the state for the last eight months — giving Gujaratis no chance to miss him — Shah has spent days and weeks, investing up to 20 hours on some days with supervising electioneering till the booth level.

What is the significance of the rooster on the French jersey?