Currently representing the Chhota Udepur constituency in central Gujarat, Rathava quit after failing to convince the Congress to heed his long-standing demand and field his son from the seat. 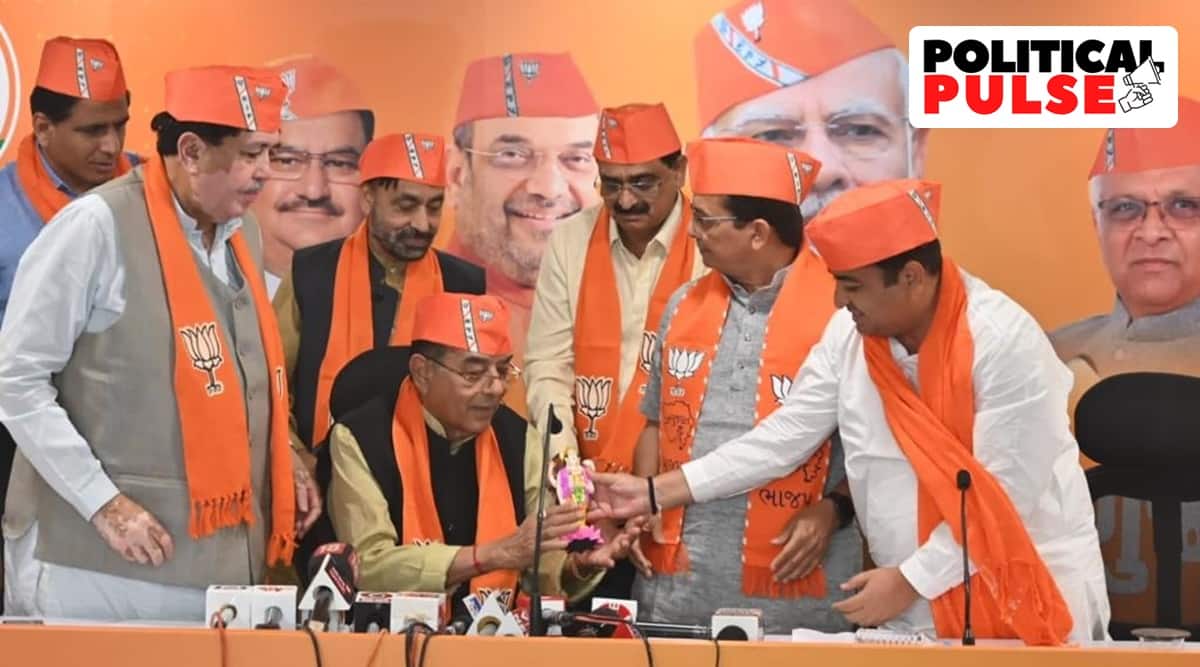 The crossover by 10-time MLA Mohansinh Rathava and prominent Gujarat tribal leader to the BJP just ahead of the polls is a severe jolt to the Congress. Rathava is one of the handful of leaders in the state who has not lost an election since 1972, barring the 2002 post-riot polls, irrespective of the seat he has contested from.

Currently representing the Chhota Udepur constituency in central Gujarat, Rathava quit after failing to convince the Congress to heed his long-standing demand and field his son from the seat. He was willing to sit out the polls for this.

Also in Political Pulse |As all parties woo Rathava tribals, Congress LoP may hold the key

Another potential headache for the Congress is that Rathava’s younger son, for whom he wanted the ticket, is married to the daughter of the party’s Leader of Opposition Sukhram Rathava, another big name who was appointed to the post last year as the party sought to retain its tribal vote bank.

Mohansinh Rathava also occupied the Leader of Opposition post earlier and is a former Cabinet minister.

The BJP, which is facing the entry of a third party in the Gujarat race in the shape of the Aam Aadmi Party, has been aggressively wooing the tribal vote. Prime Minister Narendra Modi launched the party’s campaign from the tribal seat of Songadh in Tapi district.

At the same time, the Congress may have expected Rathava’s departure. The leader had long been in tussle with Rajya Sabha MP Naran Rathava, with both vying for tickets for their sons. According to sources in the party, Mohansinh Rathava, 79, “gave his word” as far back as before 2017 to retire from electoral politics, but then contested that year’s polls. Later in 2019, his son Ranjitsinh was fielded by the party as a Lok Sabha candidate, but in that election, the Congress did not win a single Lok Sabha seat in the state.

“Again, earlier this year, Mohansinh offered to retire as an ‘understanding’ with Naranbhai. However, he changed his mind about not contesting, which led to a major showdown over tickets. While he was pushing for Rajendrasinh, the party seems inclined to field Naran Rathava’s son Sangramsinh, as the latter too has been threatening to quit,” a leader said.

Sources said Mohansinh also tried for a Rajya Sabha berth for Rajendrasinh, with Naran’s term in the Upper House ending in December 2023.

The Chhota Udepur seat has long been a Congress bastion. After the late ’60s and ’70s when the party held the seat, Sukhram Rathava won it continuously from 1985 to 2002. After the BJP won that year and retained it in 2007, Mohansinh Rathava wrested it back for the Congress, and won in 2012 and 2017.

‘Not a religion, but a nationality’: BJP ex-MP’s video viral amid Karnataka ‘Hindu’ row