Gujarat polls: 5 things Congress will be looking at

The size of its erosion in Saurashtra, and the dwindling of its tribal, Muslim vote banks will be uppermost in Congress's mind. 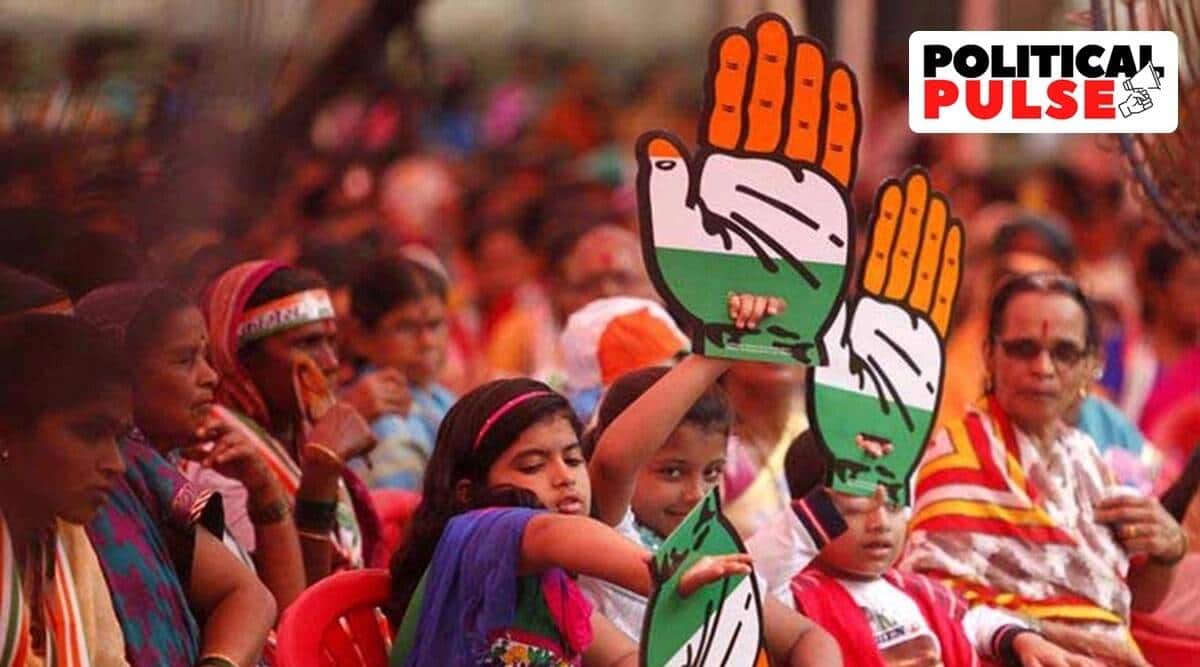 As the Gujarat Assembly Election Results are announced, here are five things the Congress will be looking at.

This peninsula, with 48 seats, has largely determined the politics of Gujarat. In 2017, it had swung sharply in favour of the Congress, with the party winning 28 seats, and ally NCP winning another 1. This was largely due to the anger built up against the BJP government by the Hardik Patel-led Patidar quota agitation, and farm distress. While both the factors are now no longer in play, there is remnant resentment over both the late Patidar leader Keshubhai Patel being sidelined in the BJP, as well as how former CM Vijay Rupani, who belongs to Rajkot, was unceremoniously ousted.

That alone won’t help the Congress match its 2017 tally, particularly with the AAP too demonstrating its presence in Saurashtra with its Surat civic polls performance last year.

At 14% of the electorate, the tribals constitute a formidable vote bank in Gujarat, and have traditionally favoured the Congress. In 2017, the Congress had won 17 of the 27 tribal belt seats, including two by then ally Bharatiya Tribal Party. However, defections to the BJP later, it now has just nine, while the BJP went into elections with 12 sitting tribal MLAs (four seats are vacant). The aggression with which the saffron party wooed the tribal seats was evident in Narendra Modi starting his campaign from the belt, and the BJP fielding its first Christian candidate, from Vyara seat in South Gujarat.

With the AAP too eyeing the tribal vote, the Congress will be hoping that at least the tribals – a part of the party’s once-impregnable KHAM (Kshatriya Harijan Adivasi Muslim) consolidation – will stay with it.

Struggling to fight the BJP and the Hindutva wave, the Congress now has AAP as a brand new challenger, targeting largely its space in the bipolar contest of Gujarat.

Seen largely as an urban phenomenon, the AAP caught the attention of rural areas in Gujarat too with its campaign. Party supremo Arvind Kejriwal too concentrated his attack on the Congress, even making an appeal to voters in Gujarati to not “waste” their vote on the party.

Another traditionally loyal constituency of the Congress might also see a split, with the entry of the Asaduddin Owaisi-led AIMIM in the fray. Although the party has fielded only 13 candidates, two being non-Muslims, it could split votes of the Congress, to the BJP’s benefit, in seats with high Muslim vote share like Jamalpur-Khadia, which is now with the Congress’s Imran Khedawala, and Vadgam, where Jignesh Mevani is contesting.

In 2017, the Congress had fielded six Muslim candidates, of which three won. This time too the party has fielded six, while the AAP has fielded three. While Owaisi’s public meetings appear to indicate that the AIMIM failed to impress the Gujarati voter, the low turnout in some Muslim-dominated seats might be a sign of the community’s apathy, including towards the Congress.

The Congress tried its best to retain the Muslim vote though, shedding its soft Hindutva of 2017 and openly speaking out against the remission of convicts in the Bilkis Bano case and promising to revoke the same if elected to power.