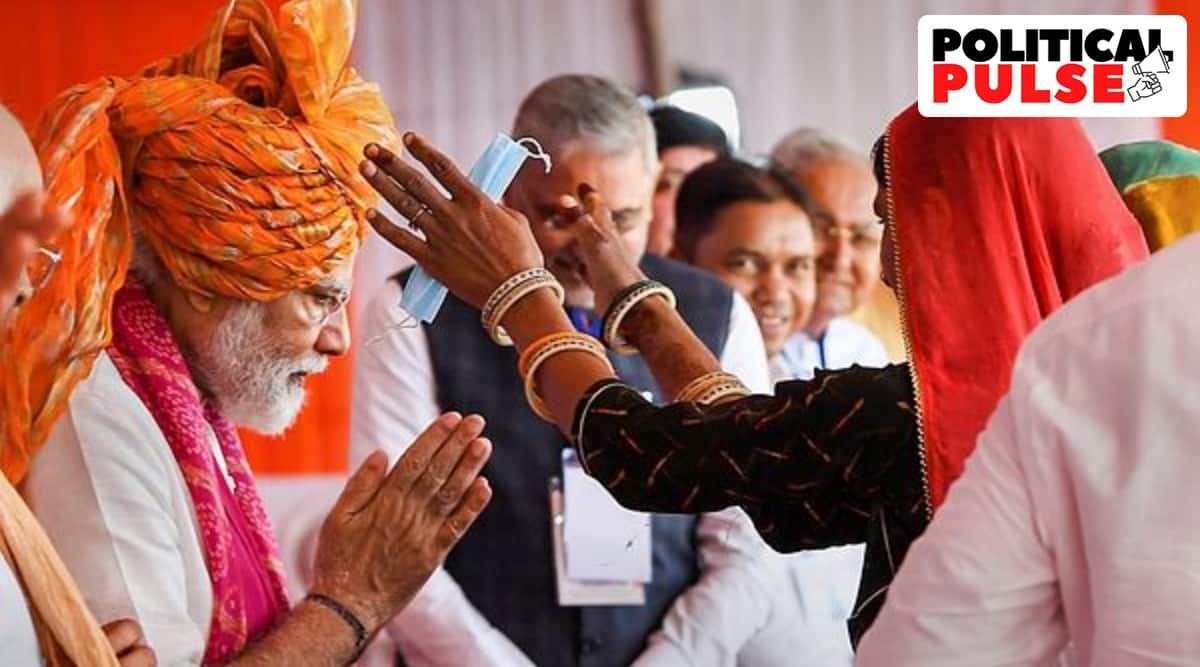 The cash-rich milk cooperatives in Gujarat are likely to have a significant bearing on nearly 50 per cent of the 93 seats bound for the second phase of the state Assembly polls on December 5. These co-operatives, earlier run by functionaries aligned with the Congress, are now controlled by leaders affiliated to the ruling Bharatiya Janata Party (BJP).

Banas Dairy in Banaskantha district, which is the biggest milk co-operative in Gujarat, and four other top co-operative dairies — in Mehsana, Anand, Sabarkantha and Panchmahal districts — together account for 75 per cent of the total 280 lakh litres of milk procured daily by the GCMMF.

In October this year, the Gujarat Co-operative Milk Marketing Federation (GCMMF), an umbrella body of the state’s dairy cooperative unions, hiked the prices of Amul brand of milk by Rs 2 per litre for all its markets except Gujarat, which drew criticism from West Bengal chief minister and Trinamool Congress (TMC) supremo Mamata Banerjee, who accused the BJP of allegedly indulging in “vote bank politics”.

The GCMMF’s managing director RS Sodhi had then told The Indian Express that the milk sold outside Gujarat was already subsidised and that the hike was to bring its prices on par with the state home to Amul and to cover the freight costs. The GCMMF comprises of 18 district cooperative milk producers unions, which are made up of the members of the village dairy co-operatives in each district.

Increased income of dairy farmers, who are members of the village “doodh mandlis (milk co-operatives)”, from selling milk is perceived to influence voters in the rural belts in Gujarat. In the last five years, the GCMMF has increased the milk procurement price by 18-20 per cent. Currently, a milk producing farmer earns Rs 37 for one litre of cow milk sold to the GCMMF, while his income is between Rs 50-55 for buffalo milk a litre.

Dominating Gujarat’s dairy co-operatives, the BJP has been looking to tap into its significant support base among dairy farmers to edge out the principal Opposition Congress and claim a commanding position in the second phase of the polls. The new entrant in the fray, the Aam Aadmi Party (AAP), is virtually non-existent in the state’s co-operative sector.

Ramsinh Parmar was among the Congress leaders who quit the party with the then Leader of Opposition Shankersinh Vaghela in 2017. He subsequently joined the BJP, which has given ticket in this election to his son Yogendra Parmar from Thasra in Kheda district. In adjoining Anand, Rajendrasinh Parmar is himself contesting the election as a Congress candidate from the Borsad constituency. “In the cooperative structure, we (the Congress and the BJP) as board members are working together for the farmers. But Assembly elections are a different ball game. We (Congress) are sure to win in Anand district,” claimed Rajendrasinh.

Apart from Anand and Kheda, which have seven and six Assembly seats respectively, Banaskantha (9 seats), Patan (4 seats), Mehsana (7 seats), Sabarkantha (4 seats), Aravalli (3 seats), and Panchmahal (5 seats) have sizeable number of constituencies that are influenced by the milk cooperatives. All these districts are heading to polls on December 5. The dairy cooperatives in Ahmedabad, Vadodara and Gandhinagar, which are also bound for polls in the second phase, are relatively smaller as these districts are more urban, although a number of Assembly seats in this region also fall in rural areas.

The political influence of the milk cooperatives could be gauged from the point that in June this year the Centre even allowed two of them, Banas Dairy and Dudhsagar Dairy, to set up new “Sainik Schools” at Palanpur and Mehsana, respectively.

Neerja Chowdhury writes |As Modi insulates BJP from defeat, on Gujarat ground, voices for change mention Kejriwal — and the future

Banas Dairy chairman and former BJP minister Shankar Chaudhary is contesting on the saffron party’s ticket from Tharad seat in Banaskantha. Banas Dairy has an annual revenue of Rs 15,200 crore and in June 2022 it distributed Rs 1,650 crore profit among the dairy farmers in north Gujarat.

Dudhsagar Dairy in Mehsana, which procures milk from five lakh farmers from 1200 village-level cooperatives in Mehsana, Patan and Gandhinagar districts, has also passed on its profits to the farmers this year. This dairy was previously headed by Vipul Chaudhary, a former minister in the Vaghela government, who has been in jail in a case of alleged corruption running into Rs 800 crore. The dairy’s current chairman Ashok Chaudhary has now been campaigning in the region with Union Home Minister Amit Shah, who is also the country’s first Union Co-operation Minister.

“This year, for the first time in 60 years, we have distributed a record Rs 321 crore among the farmers. This is expected to have a positive impact on the polling. We have also increased the milk procurement prices by Rs 6-7 per litre in the last 1.5 years. Currently, we are giving Rs 45-50 per litre to the farmers,” said Ashok Chaudhary.

When asked if the supporters of Vipul Chaudhary, who is also currently with the BJP, could influence the elections in the belt, Ashok said, “The Arbuda Sena created by him has members of BJP, AAP and Congress. They had come together for the benefit of the community, but when politics came into the picture, the community stood divided. People are only concerned with good remuneration.”

Vipul Chaudhary belongs to the influential Anjana Chaudhary community. In a show of strength before the polls, nearly two lakh members of this community from the north Gujarat had gathered at Mansa in Gandhinagar to pledge their support to Vipul. They had however refrained from spelling out their political preference for the polls.

‘After 20 years, I still have to be careful’: Yuvraj Singh talks about the presence of senior statesmen in Indian dressing room