Experts say move not constitutionally sound as UCC is “not a state subject”, Congress tells ruling party not to expect similar poll results as in hill state. 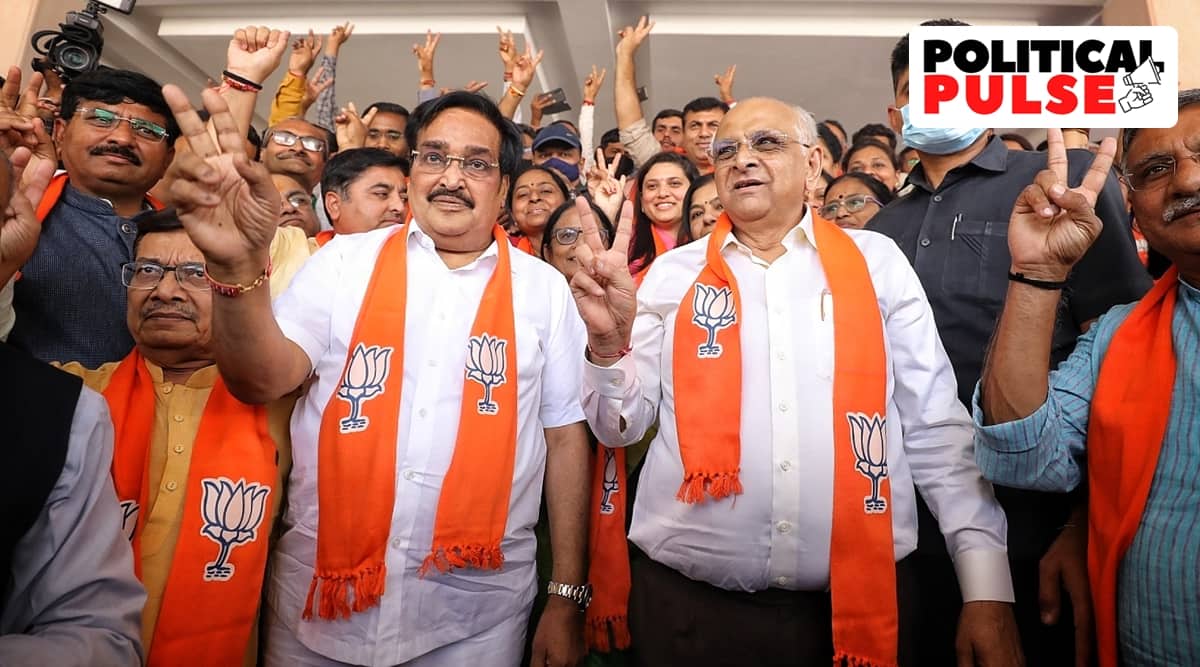 The Gujarat government’s announcement that it will set up a committee on the implementation of the Uniform Civil Code (UCC) is a leaf straight out of the BJP’s Uttarakhand playbook and in keeping with its 2019 election general election manifesto. But, legal experts said the decision, announced days before the Model Code of Conduct is expected to come into action in the poll-bound state, might not be constitutionally sound even though it might serve the ruling party’s political objectives.

The BJP drew criticism from the Congress and the All India Majlis-e-Ittehadul Muslimeen (AIMIM) that labelled it a “diversionary tactic” and the ruling party’s way to “avoid talking about real issues”. The Aam Aadmi Party (AAP) questioned the timing of the announcement and claimed that the ruling party does not want to implement UCC.

Don't miss |In Gujarat, AAP may be more sound than action, but it has got BJP’s attention

Though the decision was taken at a state Cabinet meeting, it was announced from the BJP’s state headquarters in Gandhinagar, Shree Kamalam, by Union minister Parshottam Rupala. This indicated the political weight of the move. Rupala, when asked how the government planned to implement it given that the MCC was days away, said, “That is what you believe (but) the next government will be formed by us (BJP).”

Earlier this year, Uttarakhand Chief Minister Pushkar Singh Dhami announced on the last day of Assembly poll campaigning that his government would set up a committee to draft UCC if re-elected. The BJP returned to power and the Dhami government formed a panel headed by Justice (retired) Ranjana Prakash Desai in May, with the brief to check all the relevant laws controlling personal matters for residents of the state. Since then, the committee has invited suggestions on UCC from residents and state-based organisations, including government agencies, non-government organisations, social groups and communities, religious bodies, and political parties.

The Congress’s Rajya Sabha MP Shaktisinh Gohil, who is a lawyer and former leader of the Opposition in the state, said, “This is merely the BJP’s frustration at the prospect of losing the election and is only an attention-diverting tactic. Such a law (UCC) will require a constitutional amendment and the powers for such amendment lie with Parliament, not the state government. The 21st Law Commission in 2018, under (Prime Minister Narendra) Modi’s tenure, rejected this proposal of UCC. So, where does the question arise for the state being involved in this activity? And such an announcement is being made when the Model Code of Conduct is expected to come into force in two days.”

A senior lawyer at Gujarat High Court, speaking on the condition of anonymity, said, “The function of a committee is to solicit opinions from all those who want to opine and, based on the same, the committee sends its recommendation to the government. However, the first objection to such a committee is that UCC, as the Constitution says, is a union subject, not a state subject. So firstly, a state committee to that effect is unconstitutional. If at all such a committee is to be formed, Law Commissions have been entrusted with this work … The Centre is opposing Ashwini Upadhyay’s petition at SC and at the same time committees are being formed in states.”

The lawyer added that it would practically be impossible for the state’s legislature to implement UCC and this move only serves as “an issue wielded for divisive politics during elections”.

The Seventh Schedule of the Constitution’s Article 246 places “marriage and divorce; infants and minors; adoption; wills, intestacy and succession; joint family and partition; all matters in respect of which parties in judicial proceedings were immediately before the commencement of this Constitution subject to their personal law” in its concurrent list.

The 21st Law Commission in 2018, in a consultation paper on family law, observed that UCC “is neither necessary nor desirable at this stage”, and instead suggested amendments to existing family laws.

While Gujarat government spokesperson Jitu Vaghani, a Cabinet minister, hailed the move and credited the BJP’s “double engine government”, the Union Ministry of Law has opposed public interest litigation (PIL) pleas in the Supreme Court seeking the implementation of UCC for regulating matters such as marriage, divorce, maintenance, and alimony. The Centre, in an affidavit to the Supreme Court, has primarily sought that the PILs (four of them filed by BJP leader Ashwini Upadhyay) be dismissed as non-maintainable as the court cannot issue direction to Parliament to make certain laws since policy formulation is the jurisdiction of elected representatives.

Commenting on the Centre’s stance before the Supreme Court and the Gujarat government’s move on UCC, Gohil added, “Both engines have failed as they could not deliver anything and this is only a move to polarise the people.”

The Congress leader also said that the Gujarat government might end up seeing the BJP’s tribal vote bank get eroded. “Tribals too will oppose this and this was something that was also pointed out by the Law Commission wherein it had said that such a UCC will also affect tribals. Minorities will not be the only ones affected. I do not see any benefit to the BJP and, on the contrary, Adivasis understand that their culture and their rights might be affected when such a UCC is enacted. This will damage the BJP in the Adivasi belt. Every state’s voter thinks differently. So, Uttarakhand’s BJP being re-elected cannot be taken as a model that will see similar results in Gujarat. A third front has never worked in Gujarat, many have tried, although a third front works in several other states. So, the BJP cannot hope to win the election on this plank, in hopes of replicating its Uttarakhand win.”

AIMIM chief and Hyderabad MP Asaduddin Owaisi, expressing his objection, told reporters in the state on Saturday, “I’m not surprised. Whenever an election comes, BJP takes up such issues. I believe that the BJP does not want to talk about real issues. Covid-19 management in Gujarat was a failure. Inflation is skyrocketing as is unemployment. Why do they (BJP) not talk about real issues? … The Law Commission itself has said that the country does not need UCC at this point … There are tribals in Gujarat, how will they accept this? The Constitution has granted them special protections. Will tribal BJP leaders agree to this?”

At a public rally at Banaskantha later on Saturday night, Owaisi said, “There are several laws such as Juvenile Justice Act, Special Marriage Act, Indian Succession Act which does not follow religious laws but BJP only wants to move forward with its Hindutva agenda, and it has been BJP’s modus operandi before elections to always raise such issues so that vote-bank politics can be played.”

Criticising the BJP, Delhi Chief Minister and AAP chief Arvind Kejriwal said on Sunday, “The BJP doesn’t wish to implement UCC … if the BJP intends to implement it, then implement it for the whole country. The government should be making UCC which has the consent of all communities.”