Gujarat Agriculture Minister: ‘Patidars and Kolis are happy, so are farmers and Dalits … All content with BJP govt’

Raghavji Patel, who is contesting from Jamnagar Rural, says the biggest achievement of his brief ministerial tenure is that he did not have to face “a single agitation”. Departments handled by his ministerial colleagues have seen protests by employees in recent months. 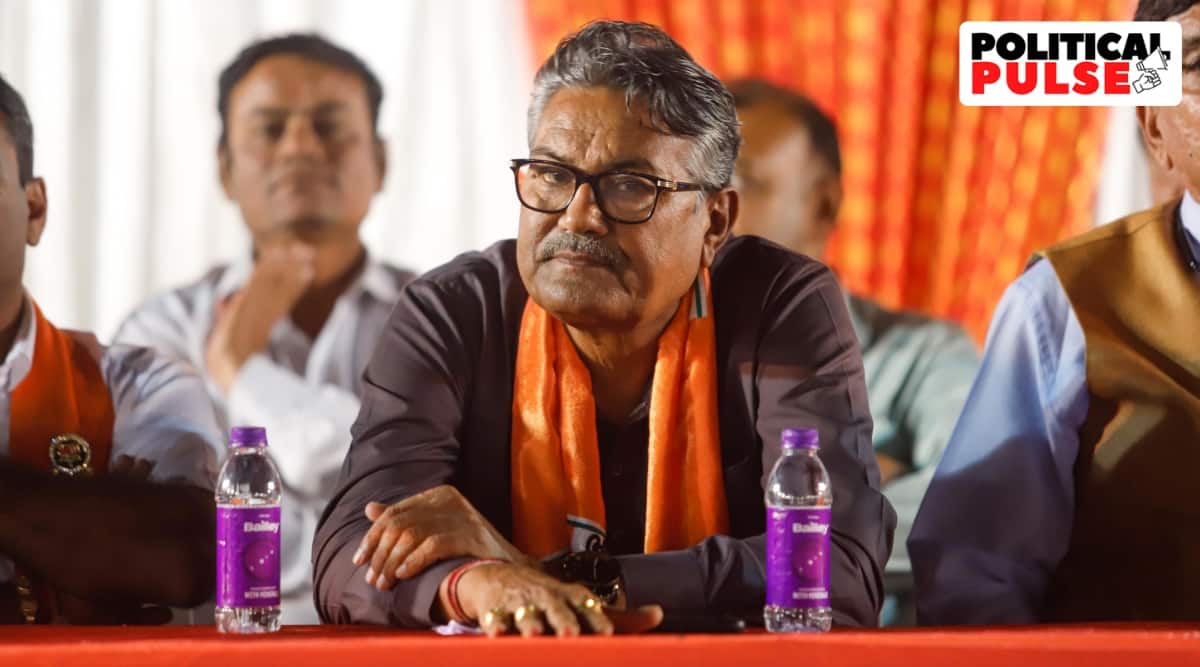 Gujarat Agriculture Minister Raghavji Patel is one of the most senior MLAs in the outgoing Assembly, having made his electoral debut against former CM Keshubhai Patel in 1985. The 60-year-old served in the governments of Suresh Mehta, Shankersinh Vaghela, and Dilip Parikh between 1995 and 1998 and more than two decades later returned to a ministerial position in 2021.

A six-time MLA, Patel is contesting his 11th Assembly election from Jamnagar Rural. In a wide-ranging interview talks about his ministerial tenure, farmers’ issues, Patidar votes, and more.

What have been your achievements as a minister?

The first and foremost achievement is that not a single agitation has been launched against my agriculture department. I am happy that farmers are getting remunerative prices for their produce and, whenever required, we have procured enough crops from farmers at minimum support price (MSP) in a transparent manner. I have not allowed a single incident of irregularities to happen. We are giving farmers up to Rs 3 lakh of crop loans without any interest and the honourable Prime Minister also credits Rs 6,000 every year directly to their bank accounts through the Pradhan Mantri Kisan Samman Yojana. We are ensuring compensation to farmers quickly if their crops get damaged due to any natural calamity. Thanks to all this, I firmly believe, farmers, cattle herders and those rearing cows are very happy with my brief tenure as a minister and with my Chief Minister and you will see it reflect in this election.

Days after you were sworn in as agriculture minister, the government launched a survey to assess damage to crops in Jamnagar and Rajkot districts, including areas in your constituency. Some farmers are complaining that they didn’t get compensation or adequate compensation.

I am a farmer myself and I am fully aware of issues bothering farmers. Whenever a natural calamity has struck, I have stood by people. I have personally visited affected areas, assessed ground realities and in consultation with officers decided the extent of damage and how we can help the farmers. I am happy that our Chief Minister has given me ample support hence we have been able to pay people enough compensation in a timely manner.

While farmers are realising comparatively higher prices for their produce, they are also complaining about costly diesel and fertilisers. What does the government want to do about this?

We import much of the diesel we consume. If the import cost is high, it is going to be costly in the domestic market. This is an international phenomenon not limited to India. Similarly, we import raw materials for fertiliser and their prices have skyrocketed after the Russia-Ukraine war. Therefore, it was obvious that farmers would have to shell out more money. However, the Prime Minister took a firm decision that farmers should not be burdened with the increased prices of fertiliser. Therefore, whatever rate hike fertiliser manufacturers proposed, the Centre enhanced the subsidy component to that extent.

Gujarat State Watch |In BJP push to sweep Gujarat, UP lends a hand

The Congress and the AAP have been promising farmers free power during day time and many more things this election. How do you view these promises?

Every political party tries to attract the largest number of voters. For doing that, the party comes out with its election manifesto. What I like is that the BJP doesn’t make unrealistic poll promises. Whatever we promise, we complete in a time-bound manner.

The first case of lumpy skin disease (LSD) was reported in Kutch in April and yet the disease became widespread by July. Did the government take timely action?

LSD is a viral disease. Our department was active since the first case was reported in Kutch. But because it was a viral disease, it spread. To prevent its further spread, we vaccinated the majority of our eligible healthy cattle population. We vaccinated around 64 lakh cattle heads and thanks to that we could limit the mortality rate to the minimum and keep the infection spread in check. I will remind you that there was an outbreak in Rajasthan also but the government there could not vaccinate even 10 per cent of the cattle population of that state and the total fatalities there were 10 times higher than in Gujarat. In Gujarat, around 8,000 to 9,000 cattle died, but LSD claimed 71,000 cattle heads in Rajasthan. In Punjab also, 61,000 cattle died due to LSD and vaccination in that state also compares poorly with Gujarat.

The government announced Mukhyamantri Gau Mata Poshan Yojana in the state budget early this year to support gaushalas (cattle shelters) but its implementation started only in September after public protests by many gaushalas. Why the delay?

This is a historic scheme. Due to Covid-19, there was a huge shortfall in donations received by gaushalas, panjrapols, and other NGOs that take care of cattle. Therefore, they and saints also made repeated requests for help. Consequently, the chief minister, our party president CR Paatil, and we all discussed the matter and came up with the scheme to provide such organisations aid on a regular basis and made provision for it in the budget. For almost seven months during the Covid-19 pandemic, we were giving these organisations assistance of Rs 25 per day per cattle head. In the new scheme, we increased the grant from Rs 25 to Rs 30. While it is true that its operationalisation was delayed due to various administrative reasons, it is now being implemented properly.

It was a collective decision to withdraw it. The Bill was proposed by the urban development department and was to be applicable in municipal corporations and municipality areas only. Therefore, that department may be in a position to throw more light on that.

Do you think Maldharis (community of herdsmen) are angry with the BJP government over the government’s handling of LSD, cattle bill, and Gau Poshan scheme? Will it affect the Assembly election?

The government did a satisfactory job tackling LSD. So far as the question of paying compensation for the loss of cattle heads because of LSD goes, the issue was dealt with at the relevant time itself and there is no anger over that either as most of the cattle that died were feral cattle. No one produced proper records of them. Those running gaushalas are happy now. When a new scheme is launched, there may be a few misgivings about them initially and Opposition cashes in on them and incites intended beneficiaries.

Since 2012, no one has managed to retain Jamnagar Rural. What is the difference between your 2017 bid and the 2022 campaign?

Election results depend on certain circumstances also. I have been associated with his constituency since 1985. Some areas of the Kalavad and Dhrol seats from where I have contested and won in the past were merged into Jamnagar Rural in 2012. So, my contacts, relations and work in this seat are quite old. For 14 years, I served as the chairman of the Jamnagar APMC after winning the election to its board of directors five times with a record number of votes. In the 2017 Assembly election, our Patidar quota stir, along with Alpesh Thakor’s Koli-Thakor agitation and Jignesh Mevani’s Dalit agitation, was going on. Farmers’ protests were going on. They all had a bearing on my constituency also and I lost. Now, no agitation is going on. Patidars and Kolis are happy, and so are farmers. There’s no dissatisfaction among Dalits either. All the communities are content with the work done by the BJP government and with Narendra Modi’s leadership. There are no issues and therefore, BJP will retain power by winning an unprecedented number of seats.

In 2017, you said Patidars are game-changers in Gujarat. The BJP lost some share of the Patidar votes in 2017. Will they vote for the BJP in this election?

The BJP has given 45 of 182 election tickets to Patidars, which is proportionately higher than their population. Do you think one day, some other community may unite on caste lines and reinforce the importance of caste in politics?

Every party decides its candidates based on a candidate’s work in a given constituency, public perception, loyalty to the party, and winnability. It is obvious that people from a bigger community that dominates more areas get more tickets … At the end of the day, any political party fights elections to win a majority and establish its rule after forming a government. All these considerations will have their bearing on candidate selection.