‘Govt will not interfere with freedom of the press’: Prakash Javadekar

He said development of the media and communication network is essential for the healthy growth of democracy. 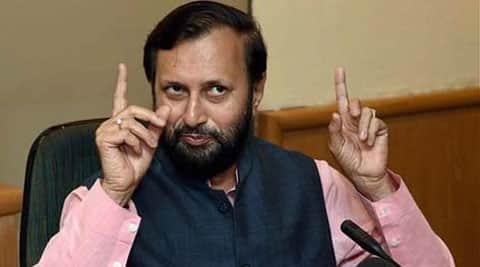 Minister of state for Information and Broadcasting Prakash Javadekar on Friday said that the NDA government would not interfere with freedom of the press under any circumstances.

Inaugurating the sixth edition of Malayalam daily ‘Janmabhoomi’, the mouthpiece of BJP’s State unit here, he said the NDA government’s policy on development of the media and communication would be straightforward and transparent.

“The government will not create a stumbling block in issuing licenses and other requisite permits,” he said.

Javadekar recalled that freedom of the press had been gained from the British with ‘great sacrifices’ of many eminent men, several of whom had been martyrs for the purpose.

He said it most unfortunate that press was ‘mauled’ during the Emergency and pointed out that there were great men even during that period who fought bravely to maintain its freedom and even underwent imprisonment.

For those opposed to the BJP’s ideology and policies, he said development of the media and communication network is essential for the healthy growth of democracy.

He said the controversial Gadgil and Kasturirangan reports would be implemented only after taking into consideration the views of MPs, MLAs and all stakeholders.

The government policy would be to implement development projects without impairing environmental and atmospheric equilibrium, he added.

Younger brother of Yaya and Kolo Toure dies in Britain