‘Good when someone works hard. But sustained efforts a must’: Amit Shah on Rahul Yatra

AAP may draw a blank in Gujarat polls, Union Home Minister claims, adding the Kejriwal-led party is 'nowhere in the minds of Gujarat people' 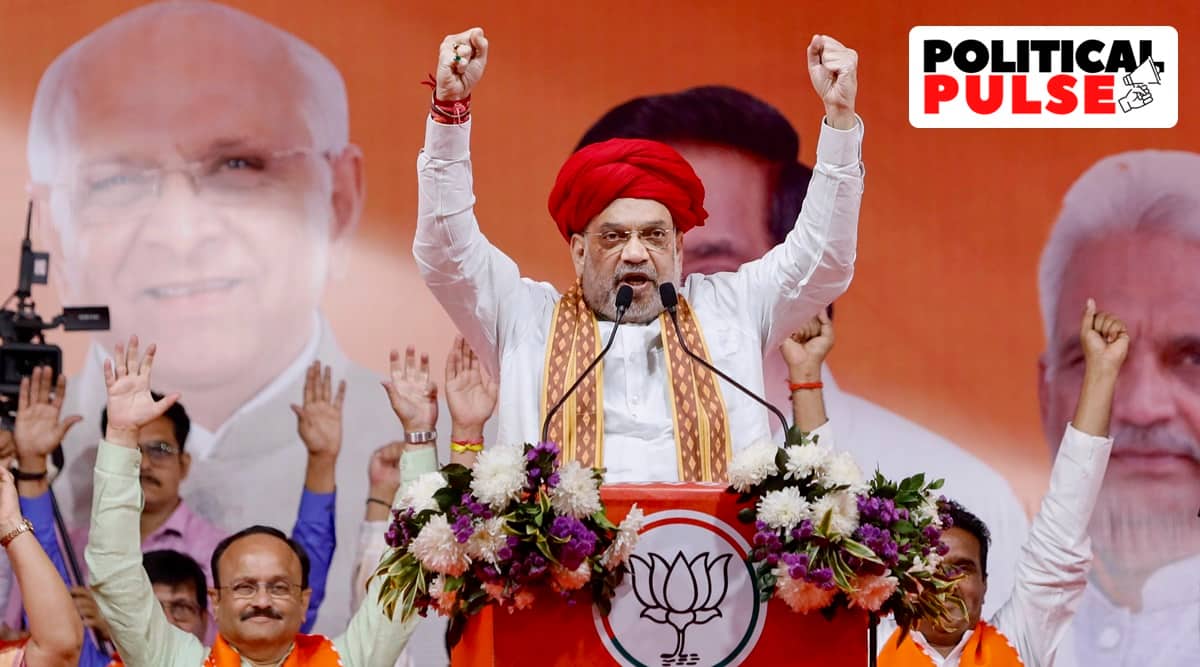 In an interview to PTI in Ahmedabad, when asked on Rahul’s cross-country Yatra, Shah said: “I have always been of the view that politicians need to be hard working and it is good when someone works hard. But in politics only sustained efforts show results. So let’s wait and see.”

In Premium |Gujarat elections: Not as close as in 2017, anti-incumbency fails to dent BJP bedrock in Saurashtra

On the Congress’s prospects in the Gujarat Assembly elections, scheduled for December 1 and 5, Shah said, “It is still the main Opposition party, but the party is going through a crisis, and its impact is visible in Gujarat as well.”

Shah brushed aside the AAP’s challenge to the incumbent BJP in the elections to the 182-member Gujarat Assembly, claiming that the Arvind Kejriwal-led party may not even open its account in the polls. “Every party has the right to work in any part of the country, but it is up to the people whether they accept the party or not. Wait for the election results, maybe AAP’s name would not figure in the list of successful candidates. And people also know that if someone makes promises more than the budget, they cannot be fulfilled. AAP is nowhere in the minds of the people of Gujarat,” he said.

“The BJP will register an unprecedented victory in Gujarat. People have full faith in our party and our leader Prime Minister Narendra Modi,” said Shah, who has been undertaking a high-voltage campaign across the state, addressing five rallies a day.

The Union Home Minister said the Gujarat BJP’s poll promise about setting up an anti-radicalisation cell is a “good initiative” that will be “given a shape” and its “working mechanism will be decided”. “Radicalisation should be checked not only in Gujarat but in the entire country. We all should try to check radicalisation as it is not good for society and the country. And it can be considered at the national level and in other states,” he added.