Theth was sworn rival of Anandpal Singh, whose killing in 2017 had triggered a massive anti-BJP campaign by Rajputs, helped by Cong. 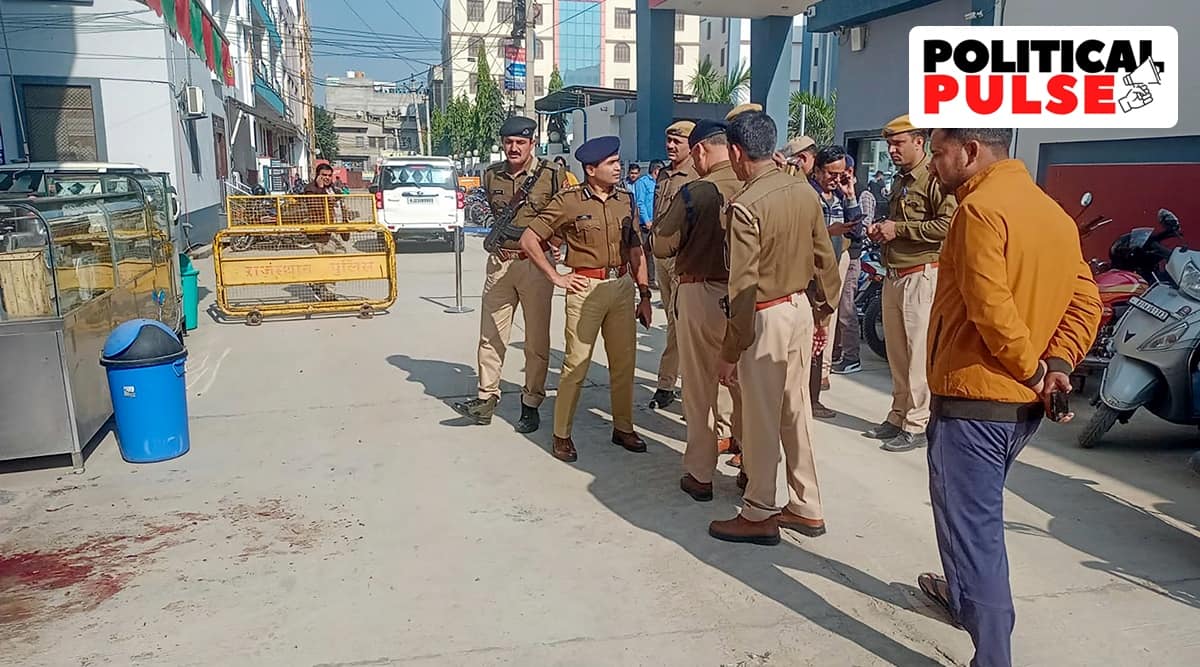 When armed assailants in Rajasthan’s Sikar district opened fire at Raju Theth on Saturday — killing the once dreaded gangster — it was the end of one of the two central characters of a gang war that, since the mid-2000s, had raged through the Shekhawati heartland, involving politics, caste and multiple casualties.

The killing of Theth, now in his 40s, with more than 30 cases registered against him, took place five years after his rival, notorious gangster Anandpal Singh, was killed in an encounter with the police in Churu district in 2017.

Starting as small criminals, Anandpal and Theth went on to run gangs that had major sway over illegal liquor trade and extortion, leading to their names becoming synonymous with the crime world in the Shekhawati region, comprising districts such as Sikar, Jhunjhunu and Churu and areas in Nagaur district.

Sikar gangster killing |A farmer, he took loans to educate his four kids: kin of man killed in crossfire

Anandpal, a Rajput, and Theth, a Jat, also came to command a following among their communities, with many youngsters perceiving them as Robin Hood-like figures. The much-embellished myth built around them was that they were good people forced into crime due to injustice, in a corrupt system.

Both were also believed to enjoy political patronage in a state where caste and community ties run deep. While parties always denied the same, the political reactions to the killing of Theth and of Anandpal earlier are telling.

“You will say that Raju Theth was a criminal. If he was a criminal, it would be decided by the legal and justice system. This is total failure of the police and intelligence, and a slap on the law and order system in Sikar,” Congress MLA Mukesh Bhakar, a fellow Jat, who rushed to Sikar to sit on a dharna with the followers of Theth after the latter’s death, told reporters on Saturday.

Bhakar, the MLA from Ladnun and a loyalist of Congress leader Sachin Pilot, also condemned the killing of a bystander by the men who shot Theth. Flanked by Rajasthan University Students’ Union president Nirmal Choudhary, also a Jat, Bhakar demanded protection for Theth’s family and compensation for the kin of the bystander killed.

There are several photos on social media of Theth with Choudhary after the latter won the student union elections in August.

The killing of Theth (in picture) took place five years after his rival, notorious gangster Anandpal Singh, was killed in an encounter with the police in Churu district in 2017.

MP Hanuman Beniwal, the founder of the Rashtriya Loktantrik Party, which has a predominantly Jat support base, also held a dharna at Sikar, calling it off late on Sunday night after the government promised to heed their demands, including an SIT probe and compensation to families of the deceased.

Facebook pages in Theth’s name have around 60,000 followers, with posts of the gangster at several social programmes, cutting ribbons at events, and reminders that he belongs to the Danta Ramgarh Assembly constituency in Sikar. Sources talk of Theth planning to contest the 2023 Assembly elections from the seat.

Anandpal’s death at police hands had seen a sustained anti-BJP campaign by the Rajput community, traditional voters of the party, who believed he had been killed in a fake encounter.

His village was thronged by hundreds of youths, and for days, the community refused to cremate his body, organising a massive rally at his ancestral village, Sanvrad, in Nagaur district, ending in violence.

Among those who mobilised the community against the BJP was Congress leader and current minister Pratap Singh Khachariyawas, a Rajput. In the elections held in December 2018, the BJP was voted out of power.

People being prevented from casting vote in Mainpuri, Rampur by-elections in UP: Akhilesh