For minority voters in Gujarat, more of same on offer; ‘no enthusiasm’ about parties

Caught between dwindling representation and indifferent political parties, the state’s Muslim electorate is a disillusioned lot 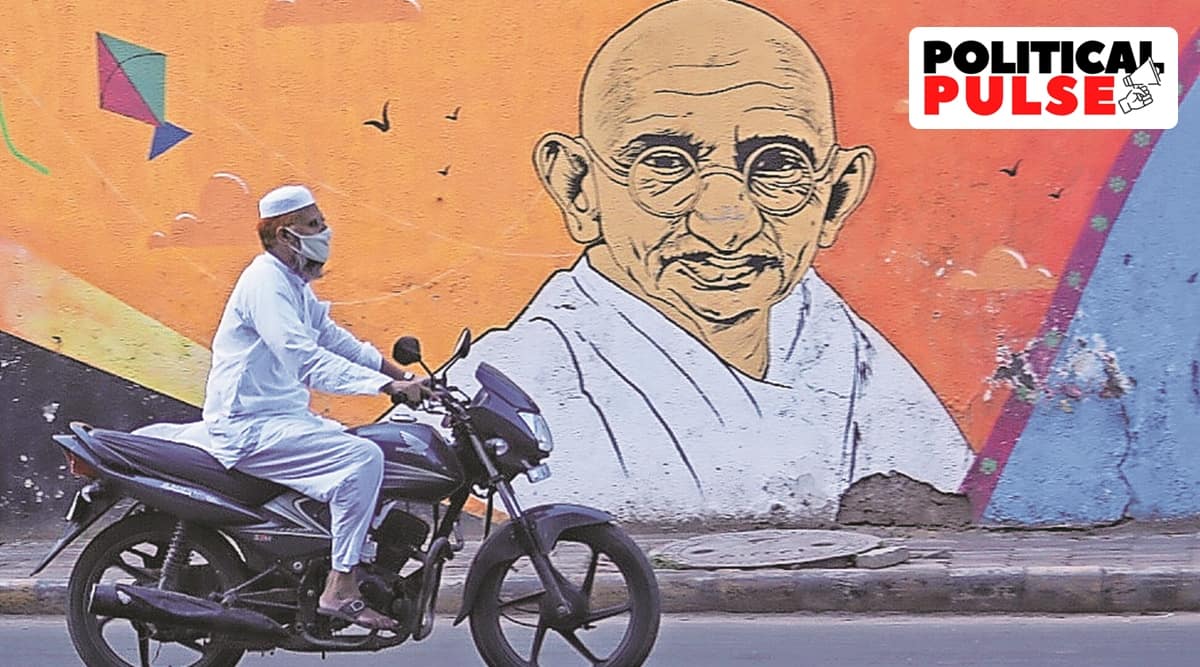 The forthcoming Gujarat Assembly polls is set to see many key contests, but the one for minority votes is rather tepid, with major political parties circumspect about fielding Muslim candidates, as always. The Muslim community, which forms approximately nine per cent of the total population of Gujarat, says in one voice that it is “unexcited” about the polls, as “none of the parties” has ever lived up to their pre-poll promises or reached out to the community. 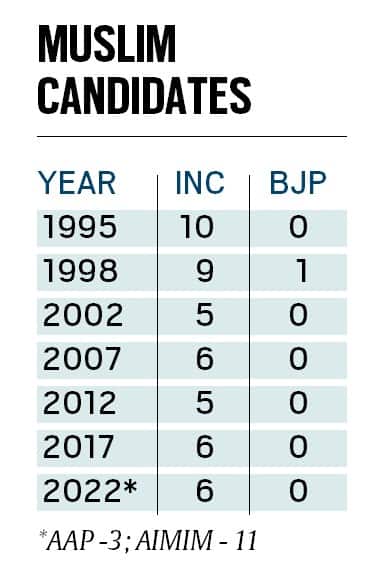 The Muslim votebank, traditionally associated with the Congress, has seen diminishing importance in the Assembly polls in Gujarat, and thereby, also a disproportionate lack of representation in the Assembly. In 2017, three of the six candidates fielded by the Congress made it to the Gujarat Assembly, while only two out of five were elected in 2012. The Congress, which had fielded 10 Muslim candidates in 1995, has slowly distanced itself from issues pertaining to minorities, barring their elected representatives from the community, who continue to be vocal in registering their opposition to issues that matter to the community.

A senior Congress leader says, “One cannot deny that in the current political scenario, the Congress has to counter the BJP’s Hindutva politics, which includes them calling the Congress an anti-Hindu party. It is natural that the party has become conscious and prudent about its image.”

Also Read |Isudan Gadhvi Interview: ‘We are not the Congress. We’ve forced Narendra Modi to enter schools. We set the narrative in Gujarat now’

Earlier this year, Congress had elevated Wankaner MLA Mohammad Pirzada as the working president of the party’s Gujarat unit, while Congress president Jagdish Thakor reached out to the minorities with a Congress catchphrase that the party believed in the minorities having the first right over the country’s resources.

The AAP, which has also held a roadshow in minority areas of Ahmedabad, has fielded three Muslim candidates, but for the community, the “connection” is missing.

A community leader from Godhra says, “No political leader tried to meet Bilkis Bano to just extend moral support or guidance after the remission was granted to her 11 convicted rapists. None of the non-Muslim leaders of any party spoke against the recent Undhela flogging controversy. Being associated with Muslim issues would dent their own political narratives that have been prepared to counter the BJP’s Hindutva card. In fact, even in pockets with the highest Muslim population, candidates need votes of the Hindus to win, and for parties, the calculations are based on cutting their losses.”

Socio-political activist Zuber Gopalani says Muslim voters feel “no enthusiasm” ahead of the Assembly polls as political parties increasingly appear to mimic each other. He says, “The community is undecided this time… Initially, AAP’s entry had raised hopes of an alternative, but frankly, Arvind Kejriwal’s emphasis on religious symbolism and religion-laced comments have left Muslims confused. So, at this moment, we have the BJP that is riding on Hindutva and AAP, which appears to be its shadow, with Kejriwal making covert references to (the Hindu) religion, such as demanding pictures of Hindu gods on currency notes. And there is the Congress, which is nowhere to be seen, nor has it done anything substantial to endear itself to the minorities. In fact, everybody knows that their leaders jump to the BJP at the first available opportunity.”

An activist from Godhra, requesting anonymity, says the Muslim community, which has largely stood by sitting five-term MLA C K Raulji, has “lost faith” in him, after the remission to the Bilkis convicts. Raulji was part of the Jail Advisory Committee (JAC) that recommended the release. The activist says, “When C K Raulji joined the BJP in 2017, his winning margin fell to just 258 votes. It is because he betrayed the faith that Muslims had placed in him, not only by joining the BJP, but by also making acerbic statements… Now, after being part of a panel that granted the remission, he has even made statements in which he has invoked the caste of the convicts to defend them. That’s his mindset.”

For BJP leaders, not fielding Muslim candidates is a “non-issue”. A senior BJP leader said, “According to the party ideology, we work for all communities. Anyone can approach government leaders at any time. The party does not feel the need to field Muslim candidates as appeasement is not part of PM Narendra Modi’s agenda — we have been saying this even in our campaign. Where we have support from the Muslim community, voters vote for development and not for a candidate belonging to their religion.”

According to Gopalani, while the AAP promises of schools and healthcare is attractive, their party is “too new”. He says, “We are yet to see how well they can carry forward good governance in the years ahead, especially education and healthcare, as the AAP is now venturing into unchartered territories. The promises are attractive but that cannot be the sole reason to choose them, although, one cannot deny that some voters might be attracted to vote for AAP, thereby denting the Congress numbers.”

The absence of strong Muslim political leaders in the state is hurting the community. Gopalani, a close aide of Ahmed Patel, says, “The community is especially angered by the Congress because it has actively pitted strong community leaders against each other and divided the voices that would otherwise come out in unison… One would think that the presence of more parties and candidates offers a choice, but it’s actually detrimental, as it would completely dilute the minority votes and make them ineffective. There is a dearth of powerful Muslim leaders, who could assure someone seeking justice, and also deliver on the assurance using their legislative clout, especially after the departure of Congress leader Ahmed Patel… The community feels this political void. There is no face, no name, and no person to turn to in a crisis, and this is true for all parties. Forget representation in the Assembly, minority leaders — be it Muslims, Christians, Sikhs or from any other religion — were not even part of the recent function to release the Congress manifesto.”

The AIMIM, which has been pitching itself as defenders of Muslims and Dalits in this Assembly election — even adopting the slogan of ‘Jai Bheem, Jai Meem’ — has 11 Muslims and two Dalits in the fray. In AIMIM’s campaigns, chief Asaduddin Owaisi and his Gujarat head Sabir Kabliwala have been invoking the Bilkis Bano remission, political neglect of Zakia Jafri, Uniform Civil Code, and the Disturbed Areas Act. But, the party has steadily lost elected representatives since their much-hyped victories in the local civic body elections in February 2021. Those who have quit the party blame a lack of transparency and indecisiveness of the Gujarat leadership. Additionally, some within the party-fold also opine that merely focusing on Muslim or Dalit issues does not tend to work out on the ground.

For Muslims, AIMIM also does not have an unique appeal. “The party has no understanding of local issues. Some might vote for their candidates purely on religious grounds, but it lacks the stability and presence to make an impact… Currently, the Muslim voter is waiting for that elusive leader from the community in the state, who is nowhere in sight,” the activist adds.