The argument at the time was that the parties would rather contest Assembly polls, but these are still to be held. Meanwhile, NC and others believe, BJP has gained ground in UT 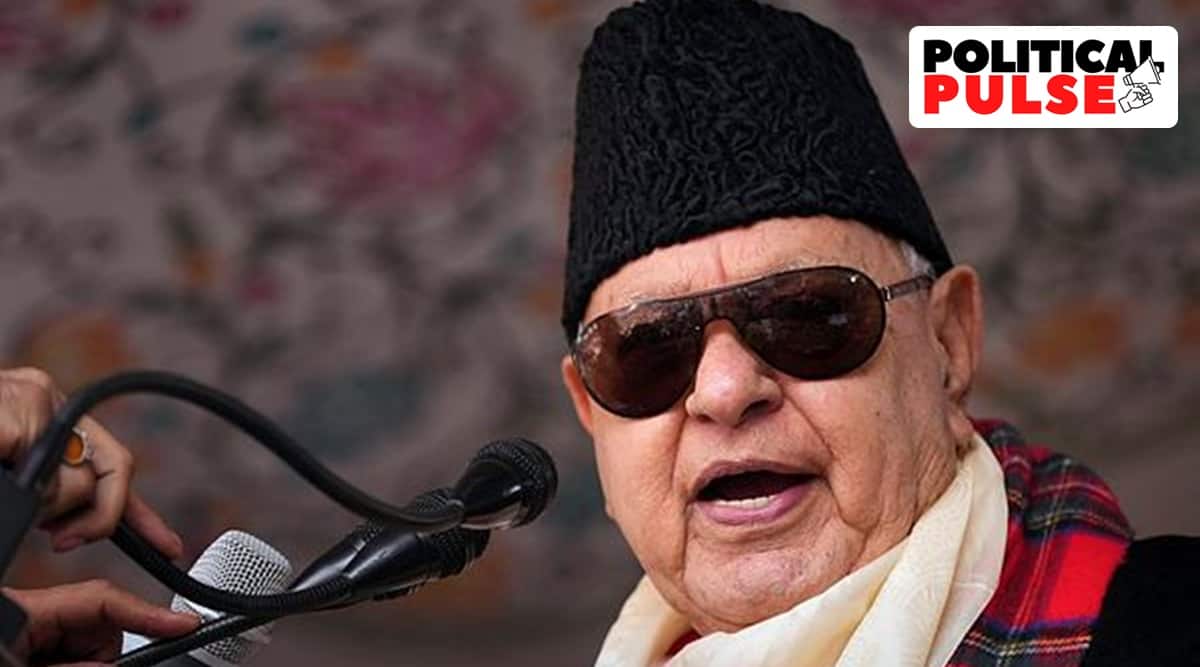 On Monday, in his first address to party workers after being re-elected president of the National Conference (NC), Farooq Abdullah termed the decision to boycott the 2018 local body elections a “huge mistake” and directed party members, including his son Omar Abdullah, not to boycott any elections to be held in Jammu and Kashmir in the future.

Crucial to this shift is the understanding that ceding space to the BJP by boycotting local body elections has been “counter productive” to the need to address people’s concerns in J&K and that, as a mainstream political party, they cannot simply refuse to participate in elections.

In an interview to The Indian Express in July 2020, Omar had said, “You cannot be a mainstream party that doesn’t participate in a democratic process.”

In June 2018, the BJP had parted ways with then alliance partner People’s Democratic Party (PDP), ending Mehbooba Mufti’s stint as the last Chief Minister of the former state. J&K was subsequently put under Governor’s rule. Three months later, the Centre announced local body polls in the state. This was also the time the Supreme Court was hearing petitions challenging Article 35A, which allowed J&K to define who its “permanent residents” were and provided a basis for owning property and exercising voting rights.

Farooq had then said, “Any tinkering with the Article (35A) would prove disastrous not only for our state, but for the entire country. The role of the central government and the present disposition in J&K before the Supreme Court goes clearly against the wishes and aspirations of the people of the state.”

The NC then announced that it would not participate in the local elections, which were being held after a gap of seven years. The PDP followed suit.

Political leaders argued at the time that the Assembly elections were likely to be announced shortly and that parties could redirect their focus there.

The elections to 316 Blocks in 4,483 Panchayat Halqas (including Ladakh at the time) comprising 35,029 panch constituencies were eventually held in November-December 2018. After this, over 12000 seats remained vacant and by-polls for these were conducted in November 2020. A vast majority of these seats were won by candidates backed by the BJP.

What the state parties appear to have not bargained for was that, re-elected to power at the Centre, the Modi government would go ahead with its promise and abrogate Article 370 (Article 35-A stemmed from it). The move in August 2019, including splitting of the state into the Union territories of J&K, and Ladakh, upended the politics of the state.

J&K has not had an elected government now since mid-2018, leaving the political parties out in the cold.

A rethink was clear when mainstream parties of the Valley, barring the BJP and Congress, came together to form the People’s Alliance for Gupkar Declaration (PAGD). The mainstream coalition participated in the District Development Council elections of 2020 – which were projected by the Centre as the start of grassroot democracy in the state – declaring that it did not want to let the BJP make further inroads in the Union territory.

As the senior-most leader of the Valley, Farooq, 85, heads the PAGD. In that respect, his statement regretting non-participation in the local polls came as no surprise.

FBI: Polygamous leader had 20 wives, many of them minors