From being a farm stir face, Rajewal set to play a key role in Punjab polls

22 Punjab farmer outfits, who have floated their own political front, Samyukta Samaj Morcha to contest all 117 seats in the Punjab Assembly polls, declare 78-year-old BKU (Rajewal) chief Balbir Singh Rajewal as the face of their front 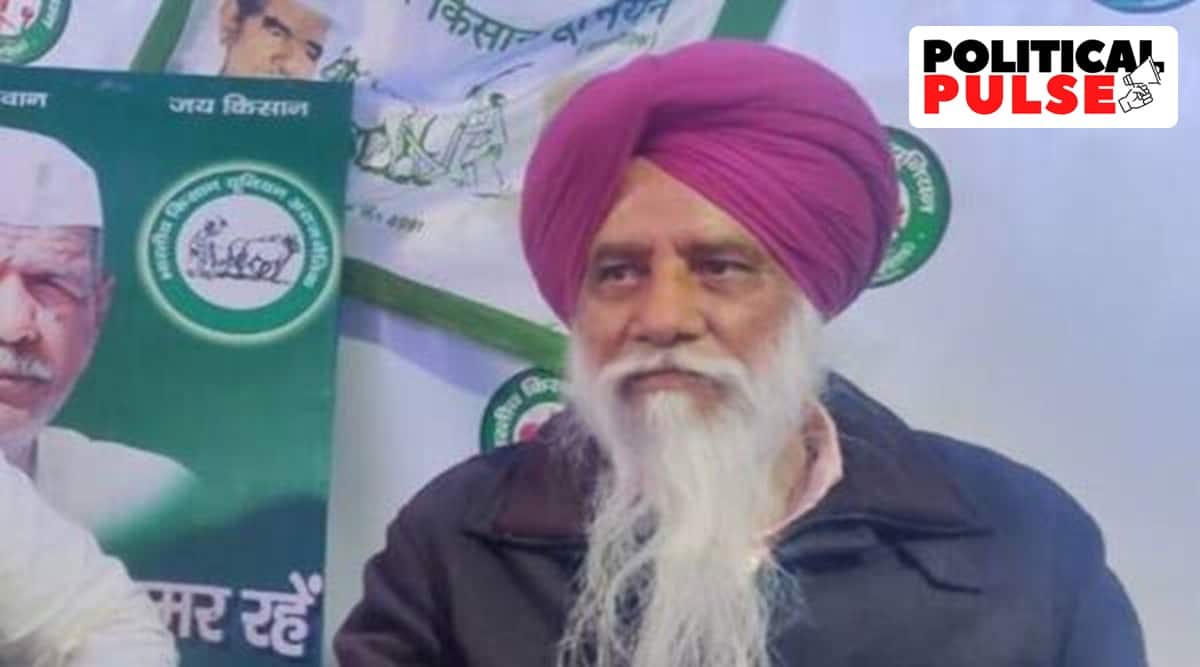 Rajewal's outfit BKU (Rajewal) grew rapidly in popularity during the farm agitation, with videos of his speeches circulated widely. (File)

As 22 Punjab farmer organisations floated their own political front, Samyukta Samaj Morcha (SSM), on Saturday, announcing that it will contest all the 117 seats in the upcoming state Assembly elections, they also declared the 78-year-old Bharatiya Kisan Union (Rajewal) president, Balbir Singh Rajewal, as the face of their front.

These farmer bodies were a part of the Samyukt Kisan Morcha (SKM) that spearheaded a year-long successful protest against the BJP-led Centre’s three farm laws on Delhi’s borders that recently ended after these laws were repealed.

Rajewal emerged as one of the most prominent farmer leaders during the SKM’s agitation. And, he is now expected to play a significant role in the Punjab polls slated for early next year.

Rajewal’s outfit BKU (Rajewal) grew rapidly in popularity during the farm agitation, with videos of his speeches circulated widely. An accomplished orator with a sharp political sense, Rajewal has been a farm union leader in Punjab since the 1970s.

A big farmer, who owns 60 acres of land and two rice mills in and around his native village Rajewal in Ludhiana district, Rajewal joined farmer agitational campaigns after getting associated with the Punjab Kheti-Badi Union in the early 1970s. He was with the BKU Lakhowal from 1974 to 1988 and then shifted to the BKU (Mann). Subsequently, in 2001, he floated his own outfit.

Rajewal also runs a school, a college and an “honesty” stationery shop for students, called “Sach Di Dukan”, in his village. It is not managed by any shopkeeper: it has a box for customers to take away stationery items and deposit the money as they wish.

A former employee of the Punjab telephone department, Rajewal had also been once in the business of “Arhtiya” (commission agent) in Khanna Mandi in Ludhiana, but withdrew himself from it several years ago to be in sync with farmer union members.

“In 1974, a big farmer movement was launched when restrictions were put on farmers for selling their wheat outside the state and then farmers launched an agitation defying the zonal restrictions on movement of wheat. Rajewal was also a part of that and even went to jail,” said Onkar Singh Augar, general secretary, BKU (Rajewal), who has been with him for the past three decades.

Active mainly in Patiala, Sangrur, Mohali, Ropar, Ludhiana, Kapurthala, Hoshiarpur, Ferozepur, Nawanshahr, Jalandhar and several districts of the Malwa region, the BKU (Rajewal) was not much organised earlier but during the farm stir against the agri laws in the course of last one year, it rapidly evolved and grew to become one of the leading farmer organisations of Punjab.

The BKU (Rajewal)’s activists were at the forefront of anti-farm laws protests, getting together to gherao political leaders, especially from the BJP and the SAD, whenever they used to come for attending any political functions or events in various districts across the state.

This resulted in the remarkable rise of Rajewal, who was earlier considered to be more a businessman, as a key farmer leader of Punjab.

Onkar also pointed out that “Rajewal’s entire family has been active in the farmer agitations for decades and his father, brother and even sister-in-law have even been sent to jails in this regard”.

A pragmatic leader, Rajewal has also shown flexibility in his political leanings. Over the past decades, he has remained close to different political parties ranging from the Congress to the Shiromani Akali Dal, to the Aam Aadmi Party (AAP).

Also Read |How farmers’ movement embodies a politics of hope

Onkar explained that Rajewal supported the Congress government in 2002 on some farmer issues but when it did not agree to release Rs 110 crore as compensation for farmers’ paddy damages, he launched an agitation.

He said that seven years ago, when then Chief Minister Parkash Singh Badal sought to appoint him as his party’s “Halka Incharge” (constituency incharge) from the Samrala Assembly segment, Rajewal did not accept the offer as he was then not interested in contesting the polls.

Ahead of the 2017 Punjab Assembly polls, Rajewal, however, started backing the AAP. Later, he became close to Congress CM Captain Amarinder Singh, who has now quit the Congress after being ousted as the CM.

In the run-up to the upcoming Punjab polls, the AAP had reportedly offered to make him its CM candidate but under the pressure of farmer unions, he did not accept it. It is another matter that their newly-floated SSM might negotiate with the AAP to forge an alliance for the current polls.

Once in favour of recommendations of the World Trade Organisation (WTO) and GATT (General Agreement on Tariffs and Trade), Rajewal later changed his stand, and joined other farmer unions in opposing them.

A few months ago, he had opposed Haryana farmer leader Gurnam Singh Chaduni over his political ambitions. Chaduni recently floated his own political outfit, announcing that it will contest the Punjab polls. Taking a political plunge, Rajewal is also all set to join the electoral battlefield as the SKM leader now.