The complaint alleged that Irani, in her three affidavits filed before the EC, had allegedly furnished different details about her educational qualification. 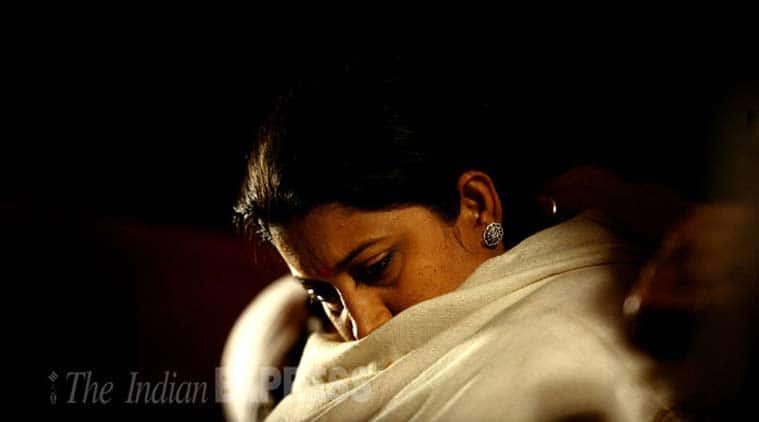 The complaint alleged that Irani, in her three affidavits filed before the EC, had allegedly furnished different details about her educational qualification.

A Delhi court Wednesday took cognizance of a complaint filed against Human Resource Development Minister Smriti Irani, in which it is alleged that she furnished “false information” about her educational qualifications in affidavits filed with the Election Commission.

Also Read I’m not a political activist… Complaint against Irani based on media reports: Ahmer

Both the Congress and the Aam Aadmi Party said the minister should step down.

“Keeping in view the date of filing of the final affidavit, containing alleged false information by the accused/respondent, and while affording the benefit of doubt to the complainant, it is held that the complaint in question is filed by the complainant within the stipulated period of limitation. While taking cognizance of the complaint, the matter is now fixed for pre-summoning evidence on August 28,” Metropolitan Magistrate Akash Jain said.

The complainant, freelance writer Ahmer Khan, has alleged that Irani furnished “false information” about her educational qualifications in three affidavits filed with the EC during elections for the Lok Sabha as well as the Rajya Sabha. Khan claims that prima facie, Irani is liable to be prosecuted for the offence under Section 125 A of Representation of the People Act, 1951.

“It is evident from the contents of the affidavits filed by Irani that, at best, only one of the depositions by her on oath in respect to her educational qualifications is correct. The aforesaid affidavits of Irani, apart from the ostensibly false and discrepant statements with respect to her educational qualifications, also appear to contain false/discrepant statements with respect to immovable properties owned by her and other details set out by her,” Khan has alleged in his plea.

According to Khan’s complaint, Irani, in her affidavit for the April 2004 Lok Sabha polls, said that she completed her BA in 1996 from Delhi University (school of correspondence). In another affidavit to contest the Rajya Sabha election from Gujarat, she stated that her highest educational qualification was B.Com Part-I from the School of Correspondence, DU, claimed Khan. Khan also claimed that in the affidavit for nomination for the 2014 Lok Sabha elections from Amethi, Irani said she had completed Bachelor of Commerce Part-I from School of Open Learning, DU.

While taking cognizance of the complaint, the Delhi court referred to an EC circular dated April 26, 2014, which deals with filing false affidavits. The court observed that not just the returning officer, but any aggrieved person could approach the court in such a case.

Attacking the minister, Congress chief spokesperson Randeep Surjewala said, “Irani has no moral, constitutional or legal right to continue in her post for even a day.”

AAP leader Ashutosh, whose party faced embarrassment when Delhi law minister Jitendra Tomar was arrested in a fake degree case, said, “There cannot be two yardsticks. PM Narendra Modi had said he does not take a bribe and does not let others take a bribe. The rule of law is the same for everybody… If they believe Tomar should be arrested, why not Smriti Irani?”